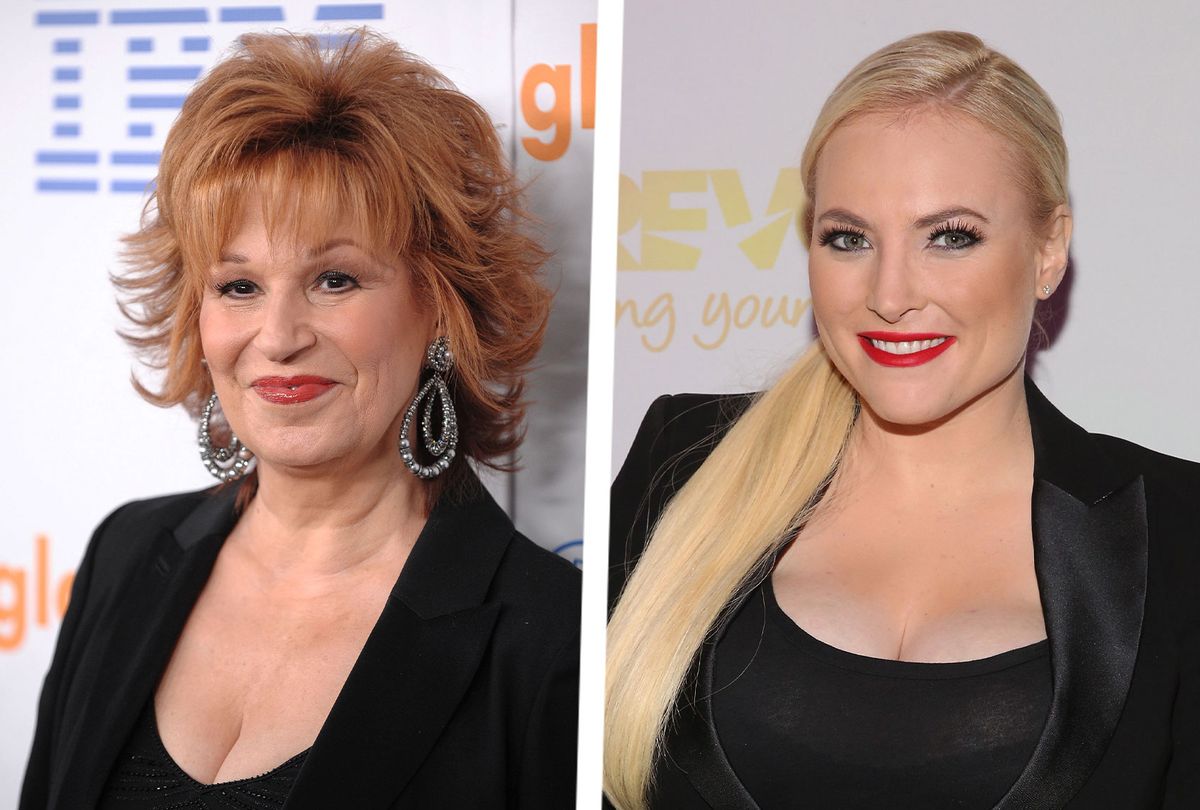 An argument erupted on "The View" on Monday between Joy Behar and Meghan McCain that has left Twitter still talking on Tuesday.

During the show's opening "Hot Takes" segment, the co-hosts discussed Republican Ron Johnson's racist rhetoric when McCain turned the conversation toward Antifa and whether it's a physical group or an ideology, and whether the group is partly responsible for political violence across the country. An inevitable tweet-storm stoked by conservative media has followed.

"He and I are very different," said Behar. "I'll tell you right now, if I were surrounded by people carrying weapons, people erecting nooses, screaming 'Hang Mike Pence,' bludgeoning a police officer to death, I might be a little scared. But Ron? No, Ron's not scared of those people, he's scared of this fictitious idea of Antifa, a thing that doesn't even exist."

In the days following the Jan. 6 attack of the capitol, Trump and his allies claimed that some of the violent rioters were part of Antifa, which they describe as a liberal, violent, extremist group. These claims were quickly disproven, nevertheless the right-wing has persisted to push the false narrative.

"Antifa does exist," countered McCain. She said that what separates Antifa is their willingness to use violence, quoting her very good friends who have been reporting on Antifa for months. "We can walk and chew gum at the same time," said McCain. "We can say Ron Johnson is an absolute moron, we can say that not all activism is violent, but the idea that Antifa doesn't exist is just factually inaccurate and wrong and a lie."

"I just want to clarify that the FBI director says that Antifa is an ideology not an organization," said Behar. "There is no sign that they were involved in the Capitol siege, let's be clear."

McCain continued to press that Antifa exists while Behar insisted that she's done with the conversation, visibly annoyed.

"It's an idea," Behar finally shouted at McCain.

"No it's not," McCain shot back just before the show cut to commercial.

Since the televised spat, Fox News anchors like Sean Hannity have been creating a whirl of noise.

Today Behar tweeted, "Fascinated that Sean Hannity and his gang are causing me to trend today. I didn't think I was that influential. So, thank you. BTW, could this be yet another distraction from the continuous assault on voting rights? Asking for my friends."

Others backed up Behar by tweeting, "One more time for the kids in the cheap seats: 'Antifa' means 'anti-fascism.' Joy Behar is right. Antifa is not an organized group, it's a belief system. If you're not against fascism, you need to leave America immediately & take Russian asset Ron Johnson with you."