Candace Owens threatens to sue Cardi B over "photoshopped tweet" 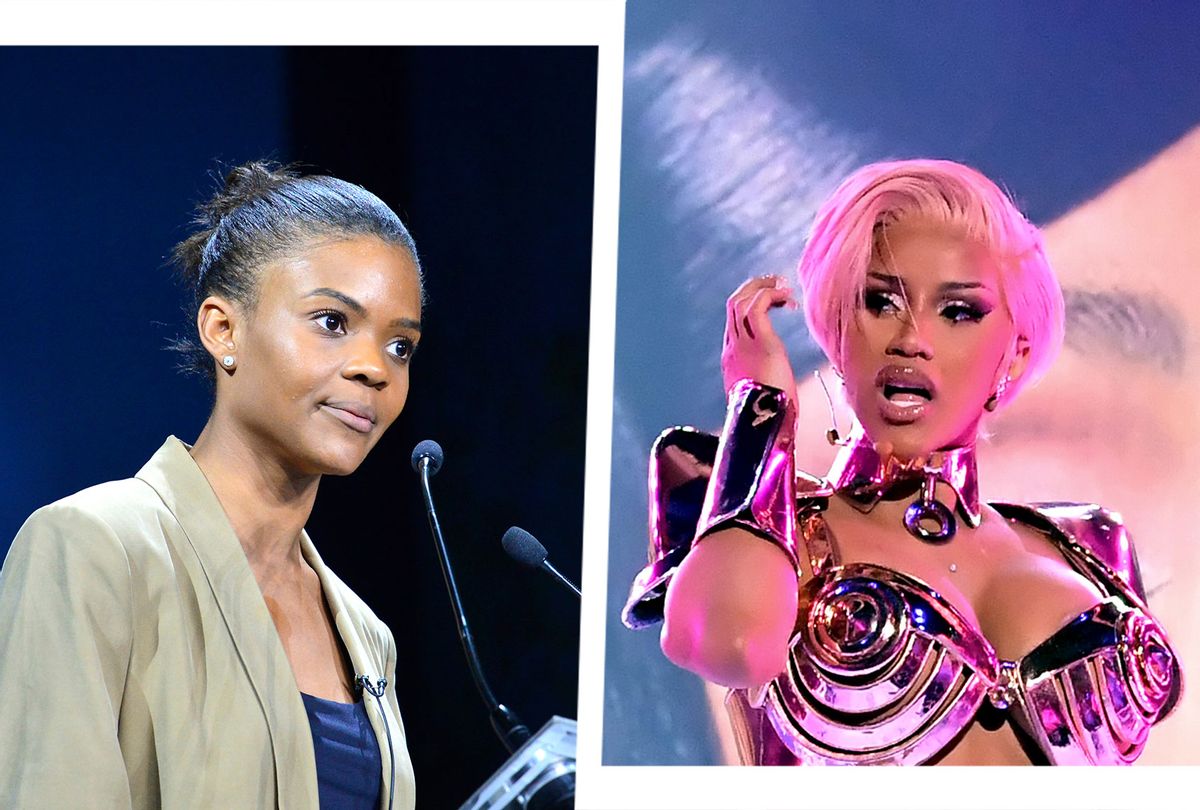 Candace Owens and Cardi B (Photo illustration by Salon/Getty Images)
--

Candace Owens is threatening to sue Grammy-winning artist Cardi B after the rapper shared a tweet attributed to Owens that the right-wing pundit says is photoshopped.

Several conservative media figures have seized upon Cardi B's recent performance of her 2020 hit "WAP" at the Grammys on Sunday to reuse their tried and tested outrage bait: explicit rap lyrics. Owens appeared on Fox News to slam Cardi B's performance with Megan Thee Stallion saying, "this seems like an attack on American values, American traditions."

Parents "should be terrified that this is the direction that our society is heading towards," Owens continued.

Soon after her appearance, Cardi B responded on Twitter: "only you can monitor what your kids watch [no one] else."

"I take issue with you being used to encourage young women to strip themselves of dignity," Owens replied to escalate the fued, to which Cardi B responded with the nude photo of former first lady Melania Trump.

The Twitter brawl reached its climax when Owens threatened to sue Cardi B for posting a "photoshopped tweet" in which the commentator appears to have written that her husband cheated on her with her brother.

Owens, however, claims the tweet is a fake and she is "100% suing" Cardi B over the "wild lies against private members of my family."

For her part, Cardi B observed that instead of focusing on issues that matter like racism or gun violence, conservatives prove time and time again by showing up on Fox News and starting Twitter feuds, they want to distract people from having real discussions that affect everyday Americans.