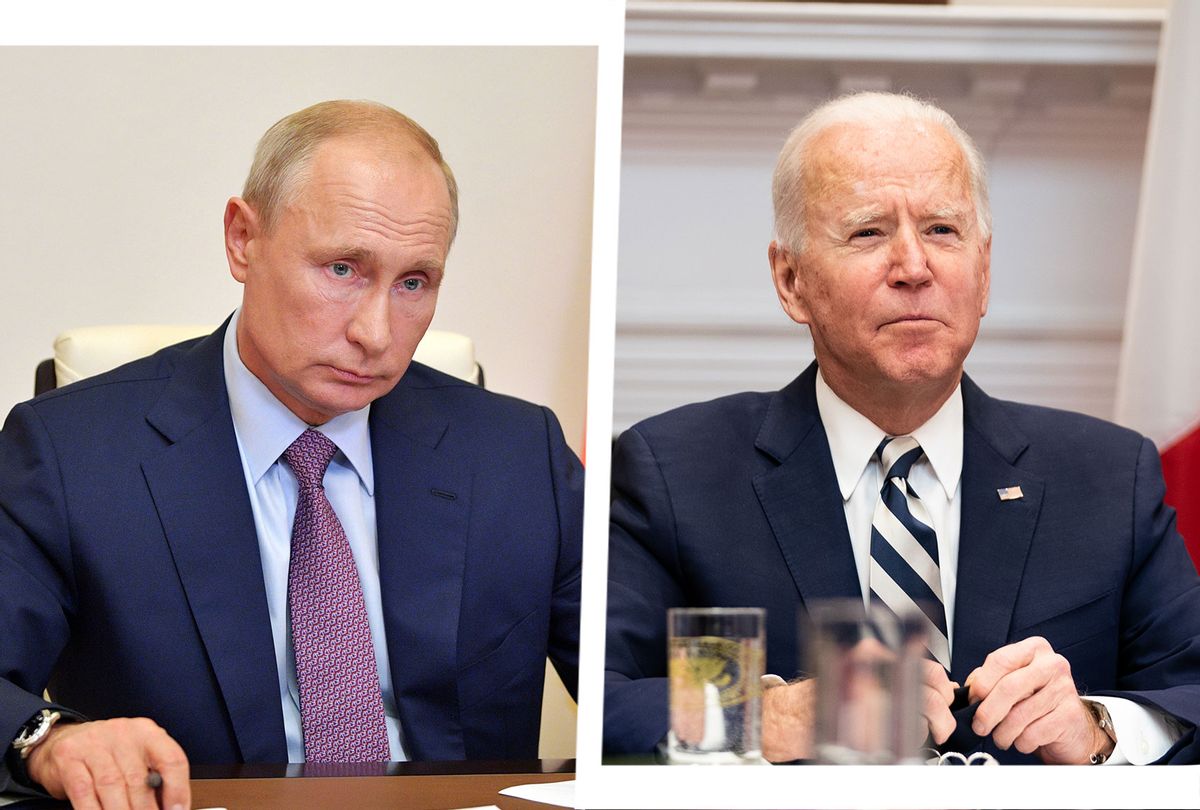 Russian President Vladimir Putin clapped back at President Biden's accusation last week that Putin is "a killer," responding on Thursday that "it takes one to know one."

Putin insisted that, despite the leaders' brief spat, Moscow would not break ties with Washington, instead citing moral and cultural differences between the two countries.

"Although they think we are the same as them, we are different people, we have a different genetic and cultural-moral code," Putin said, in televised remarks, citing U.S. slavery and the country's deployment of the nuclear bomb in World War II. "But we know how to defend our own interests, and we will work with them but in those areas in which we are interested and on terms we consider favorable for us. And they will have to reckon with that."

Putin added that he wishes good health. "I'm saying this without irony," he said, "not as a joke."

The exchange stemmed from an ABC News interview the President gave last Wednesday, in which Biden was pressed on whether he thought Putin had poisoned the Russian leader's opposition leader Alexei Navalny. Asked whether he thinks Putin is a killer, Biden responded, "Yes, I do."

Later that day, Russian Washington Ambassador Anatoly Antonov was sent to D.C. for "consultations" amid warnings from the Foreign Ministry that Russia and America may be headed toward "an irreversible deterioration in relations."

"Putin's initial reaction showed there is no desire to go along the path of escalation," said the leader of the Russian International Affairs Council, Andrey Kortunov. "The Russian side is willing to put it behind it as long as there aren't any more such inflammatory statements in the future."

Konstantin Kosachyov, chair of the Foreign Affairs Committee of the Federation Council, demanded that Biden apologize for his remarks, which he called "boorish" allegations. Biden's accusations, Kosachyov wrote in a Facebook statement, were "unacceptable in any circumstances."

During Biden's interview, the President also added that Russia will "pay the price" for meddling in the 2020 elections, a move which a U.S. intelligence report shows was designed to undermine Biden's campaign. The report echoes claims from four years ago, when intelligence officials gathered that Russia may have also swayed the 2016 election in Donald Trump's favor.

Earlier this month, President Biden announced sanctions against Russian officials after U.S. intelligence reports found that a Russian agency had carried out the attempted assassination of Navalny.

"He said everything right," a top aide to Mr. Navalny tweeted about Biden's comments.  Asked if Biden had any regrets after his remarks ignited rage from Russian officials, White House press secretary Jen Psaki said he does not regret his calling Putin a "killer."

"Nope. The president gave a direct answer to a direct question."

The spat comes as tensions run high between the U.S. and the Kremlin, which has in the past accused the U.S. of secretly backing Russian opposition leaders such as Navalny. Russia's internet regulator, for example, warned that it is gearing up to block the country's access to Twitter, an American company, next month.

President told ABC that his administration would look for areas "where it's in our mutual interest to work together" with Russia.

Putin said, "We are going to work with them, but in those spheres in which we ourselves are interested, and on those terms that we think are beneficial for us."