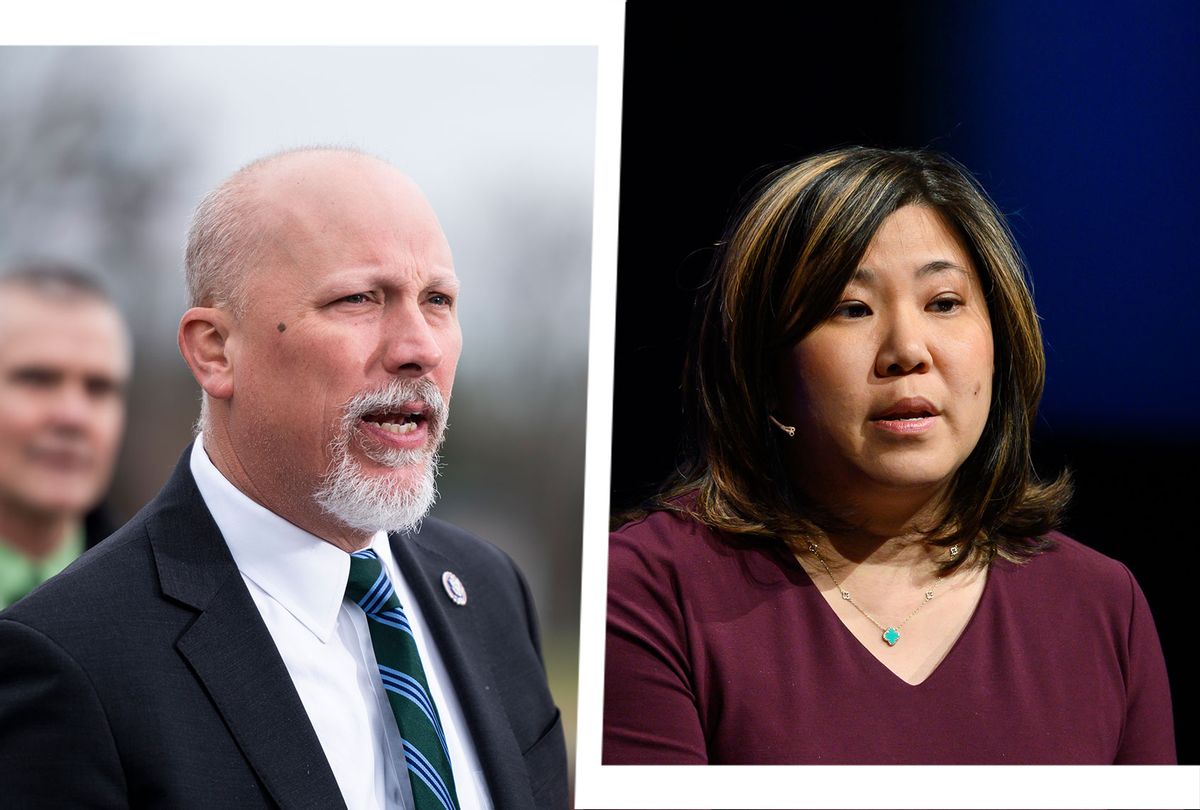 Following the killings of eight people at three Atlanta-area day spas on Tuesday, Rep. Grace Meng, D-NY, called out Texas Rep. Chip Roy for "putting a bullseye on the back of Asian Americans." Roy, a Republican, drew swift rebuke when he fondly reminisced about Texas lynchings, suggesting such tactics are justified in the name of justice.

Roy's apparent cultural insensitivity toward the increase of Asian American hate crimes in the wake of Trump's presidency left Meng impassioned to speak out. "Your president, and your party, and your colleagues can talk about issues with any other country that you want," said Meng. "But you don't have to do it by putting a bullseye on the back of Asian Americans across this country! On our grandparents! On our kids!"

Roy responded to the criticism by defending his previous account and adding anti-Chinese rhetoric on top of it. "We should restore order by tamping out evil actors, not turn America into an authoritarian state like the Chinese Communists who seek to destroy us. No apologies."

The Texas Congressman went on to that he shouldn't have to worry about his rhetoric being policed. "I'm not going to be ashamed of saying I oppose the Chi-Coms, I oppose the Chinese Communist party," said Roy. "And when we say things like that, and we're talking about that, we shouldn't be worried about having a committee of members of Congress policing our rhetoric because some evil-doers go engage in some evil activity as occurred in Atlanta, Georgia."

Meng fiercely slammed Roy's comments and tearfully stated that his rhetoric puts a target on Asian Americans in the face of an already tumultuous time.

"This hearing was to address the hurt and pain of our community," Meng said. "To find solutions. And we will not let you take our voice away from us!"

On Feb. 10 Meng tweeted a plea to stop spreading anti-Asian rhetoric, though the tweet still rings true today: "We must speak up and speak out. Our community has run out of 'nice.'"

Democratic Rep. Ted Lieu, an immigrant from Taiwan called on Roy to apologize for his remarks.

"I served in active duty so you can say whatever you want under the First Amendment, you can say racist stupid stuff if you want," Lieu said in comments Thursday. "But I'm asking you to please stop using racist terms like 'Kung flu,' or 'Wuhan virus' or other ethnic identifiers in describing this virus. I am not a virus and when you say things like that, it hurts the Asian American community."

"What started out last January as just dirty looks and verbal assault have escalated to physical attacks and violence against innocent Asian Americans," she noted while speaking at Thursday's hearing, adding the escalation was "stoked by the words of former President Donald Trump who sought to shift blame and anger away from his own flawed response to the pandemic."