Frank Artiles, a Republican, was arrested on Thursday for masterminding a sham candidate to defeat the Democrat 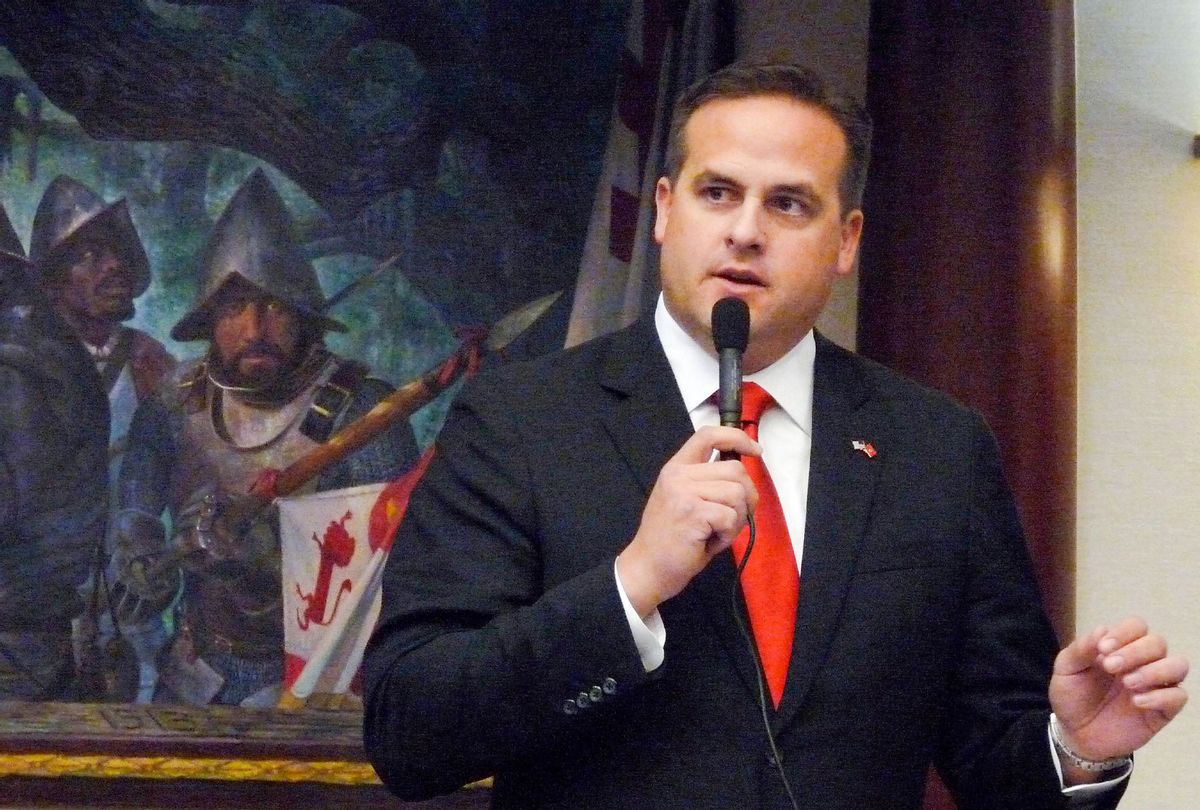 Former Florida state Sen. Frank Artiles, a Republican, was arrested on Thursday for masterminding a scheme to push a sham candidate in last year's state Senate race to sway the results in the GOP's favor. The Democratic incumbent lost that 2020 election by less than 35 votes.

The race –– which took place in Florida's Senate District 37 –– pitted former TV personality Ileana Garcia, a Republican, against incumbent José Javier Rodríguez, a Democrat. An unknown auto-parts dealer by the name of Alex Rodriguez, who had the same surname as the incumbent, was also on the ticket as an independent. In the end, José Javier Rodríguez lost the election to Garcia by a mere 32 votes. Alex Rodriguez received just under 6,000 votes. Investigators allege, however, that Artiles planted Alex Rodriguez, a friend of his, onto the ticket as a shadow candidate in an effort to "confuse voters and influence the outcome" by "siphon[ing] votes from the incumbent."

According to the arrest warrant, Artiles made numerous payments to Alex Rodriguez before and after the election, all totaling to $44,708.03. Fernandez Rundle confirmed that investors have not identified who this money was paid by. However, court filings show that Artiles would routinely take wads of cash from his safe to give to Rodriguez.

Investigators said the scheme started when Artiles reached out via Facebook to Rodriguez, who was at the time struggling financially. Artiles asked Rodriguez for help with a "political matter" and offered him $50,000 in exchange for running as an independent. According to the arrest warrant, "Artiles explained that Rodriguez would not be involved in any part of the campaign, nor would he have to participate in any decision making."

Rodriguez played virtually no managerial role in his own campaign. Artiles' hand in the scheme, however, was extensive. Before declaring his bid, Artiles allegedly instructed Rodriguez to register himself as an independent, a process which required a notary, since Rodriguez was already affiliated with the Republican Party.

Rodriguez, in fact, did not even live in District 37, so Artiles had Rodriguez forge an old address as his present one.

"Frank Artiles and his co-conspirators knew they couldn't beat José Javier Rodríguez in a fair election so they rigged it," said William Barzee, an attorney representing one of the no-party candidates. "Artiles cynically targeted and used a vulnerable 'friend' with a great name to run in the race in order to confuse voters and steal the election."

Fernandez Rundle said there is no indication that Sen. Ileana Garcia, a staunch backer of former President Trump, knew anything about the scheme, and a spokeswoman for Garcia claimed that she had never met Artiles.

Florida Senate Republicans have also denied any knowledge of Rodriguez's sham candidacy. Senate President Wilton Simpson, who leads the political committee that facilitates GOP Senate races in Florida told the Miami Herald: "What we have learned, we have learned from your reporting."

Artiles, currently a lobbyist, resigned from his state Senate seat in 2017 following his use of the n-word amongst black colleagues. His resignation came amid reports that he had also hired a former Hooters calendar girl and a Playboy model –– both of whom had no political experience –– as outside "consultants."