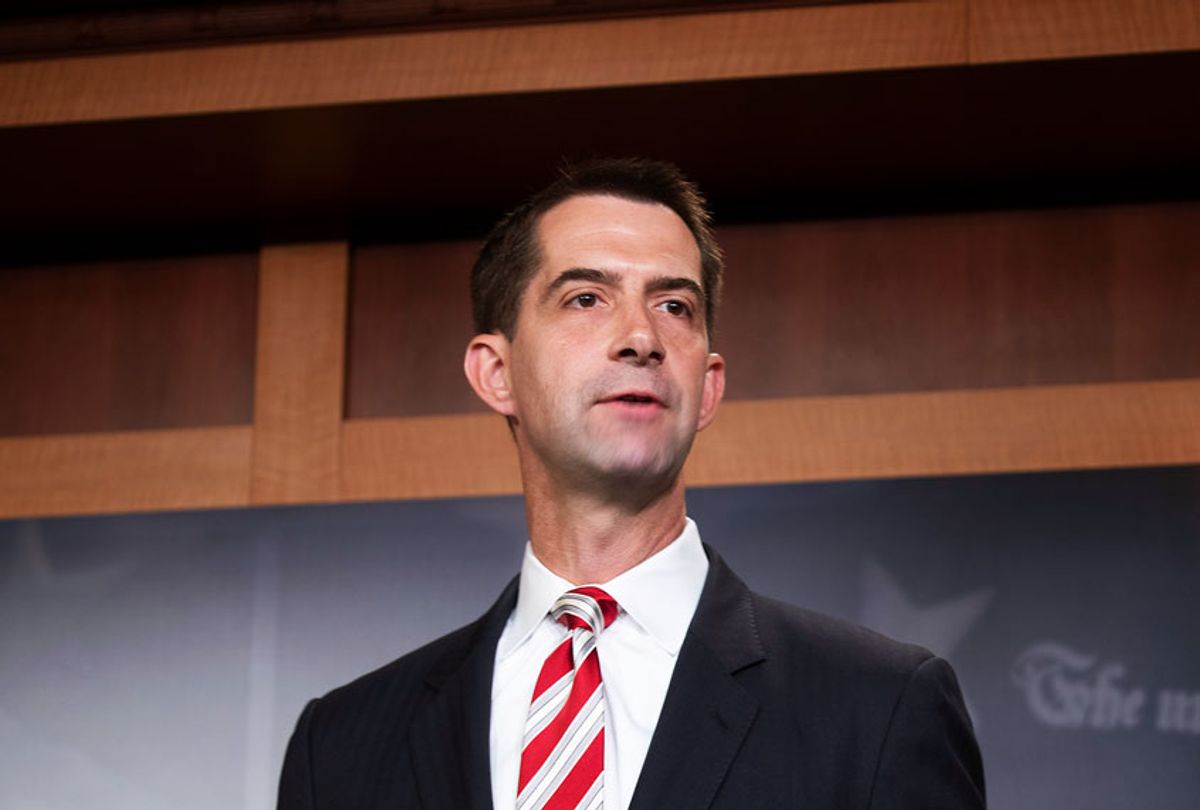 Sen. Tom Cotton, R-Ark., on Sunday defended his decision to vote against a stimulus bill that had similar provisions to bills he supported under former President Donald Trump.

During an interview on "Fox News Sunday," host Chris Wallace called out Cotton after he said that he had opposed the bill that was signed by President Joe Biden because "prisoners" could get relief checks.

"But senator, under two previous COVID relief bills that you supported and voted for and that President Trump signed, prisoners also got checks in those bills," Wallace said.

"That was obviously never Congress's intent," Cotton opined. "The Trump administration, the IRS and the Treasury Department did not send checks to prisoners. Liberal advocacy groups sued to try to force that. A liberal judge said they had to."

"This month was the first time we had a simple up or down vote on whether those checks should go to prisoners," he added. "And the simple fact is that every Democrat voted to keep sending checks to prisoners."