Matzo brei is meant to be messed with

When you get to know matzo brei, it becomes the sort of thing you could wake up to every day 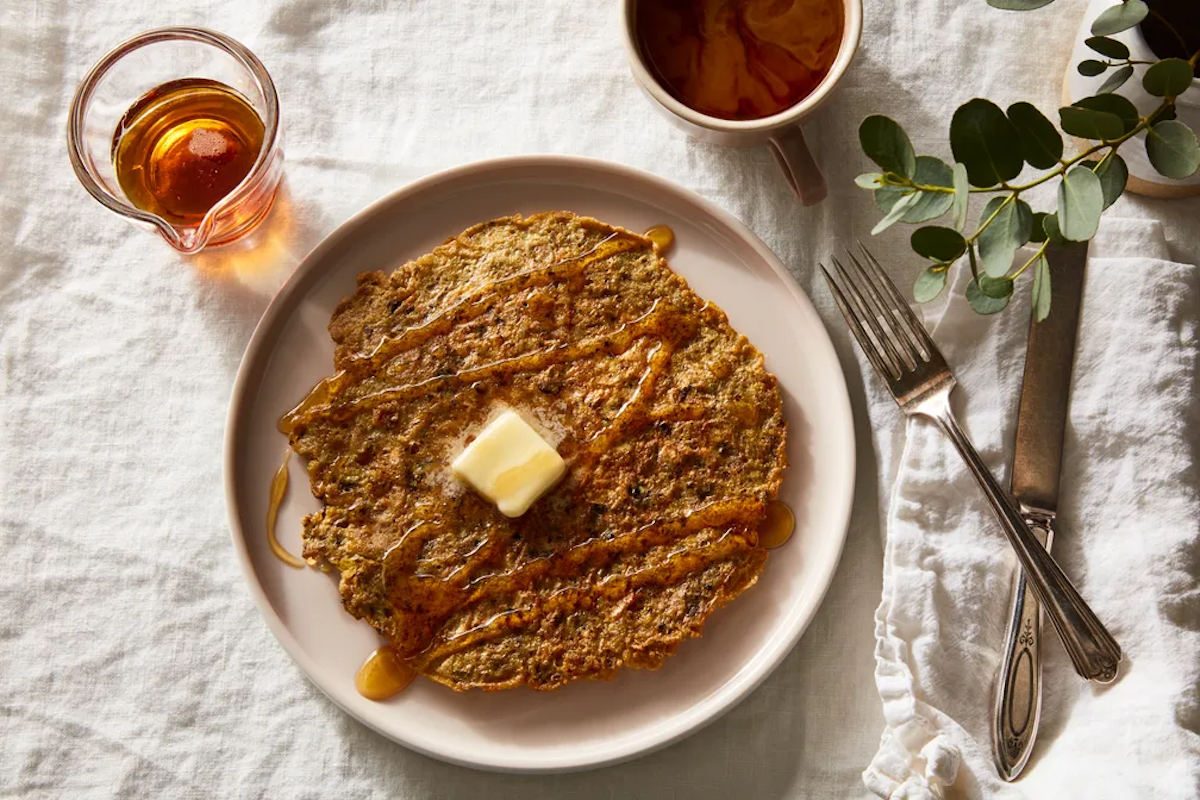 Many associate matzo brei with Passover, aka Pesach, celebrating the Jewish Exodus from slavery into freedom. Which makes sense. Matzo brei's main ingredient is indeed matzo, "our unleavened bread of affliction and redemption," as Alana Newhouse puts it in "The 100 Most Jewish Foods." But my grandma sees it differently.

To her, matzo brei isn't just special-occasion food. It's special, period, be it for breakfast or lunch or dinner, be it during Passover or many months past it, when matzo itself can be less than easy to find. She makes it all the time, "all the time!" she repeated. "It's one of my favorite meals." And me too.

Matzo brei has an ingredient list that seems too little to be true: matzo and egg, plus water, salt, and your fat of choice. Considering matzo's reputation (cardboard is not an uncommon comparison) and water's importance (in this case it's very important), one might assume that the result is nothing to write home about.

But I'm writing home about it. Because when you get to know matzo brei, it becomes the sort of thing you could wake up to every day, like a loved one, and not tire of. The sort of few-ingredient, few-minute wonder that your not-Jewish husband could observe from afar, steal a bite from your plate, followed by another bite, how dare he, then start whipping up each morning while the coffee brews without even asking if he's doing it right, which he is, but wouldn't it be nice if he at least pretended to need your guidance?

Like any traditional dish, matzo brei's details — the matzo to egg ratio, the soaking strategy, the cooking fat, just to name a few — defiantly differ by family. And even within my own family, every person has their own strong opinion.

My grandma crumbles a piece of matzo into a bowl, covers it in warm water, lets that hang out for a couple minutes, squeezes out the excess liquid, adds an egg, beats it up, pours everything into a skillet of sizzling olive oil, smooshes the batter into a thin layer, waits until it's browned, flips, waits until the other side is browned, flips again if she feels like it, why not, then dumps it onto a plate, turns on "Law & Order," and reaches for the salt.

My mom holds a piece of matzo under running water until it's saturated, crumbles it into a bowl, adds an egg, beats it up, pours everything into a pan of foamy butter, flattens it into a pancake, waits until it's browned, walks to the middle of the kitchen and, whoosh, sends the matzo brei soaring toward the ceiling, flipping midair like an Olympic swimmer, landing in a splash of butter, and my family would hoot and holler like we just witnessed a miracle, which we did.

Per tradition, I stick with pancake-style versus scramble-style, and seek out those browned, crispy, almost-fried edges. But from there, I go off the rails. If I can find it, I opt for whole-wheat matzo, for its wheaty, malty, richer taste. After showering a piece under the faucet, I add a splash of water with the eggs for bonus fluff. And instead of one egg, I crack two, which my mom scoffed at as "egg brei, not matzo brei." But it is delicious, like an omelet that wants to be a pancake, or a pancake that wants to be an omelet.

Most importantly though, I forget about the butter. While I answer an email or unload the dishwasher or let this naked baby serenade me, the butter leisurely makes its way from solid to melted to browned. Such a small step takes the matzo brei from sitting on the bench to stealing the ball and sprinting down the field and shooting and scoring and the whole crowd leaps out of its seat and screams. Can you hear it, too?