When sick cows can’t be culled: India’s battle with brucellosis

Culling animals infected with brucellosis is the norm. When slaughter is banned, how do farmers control disease? 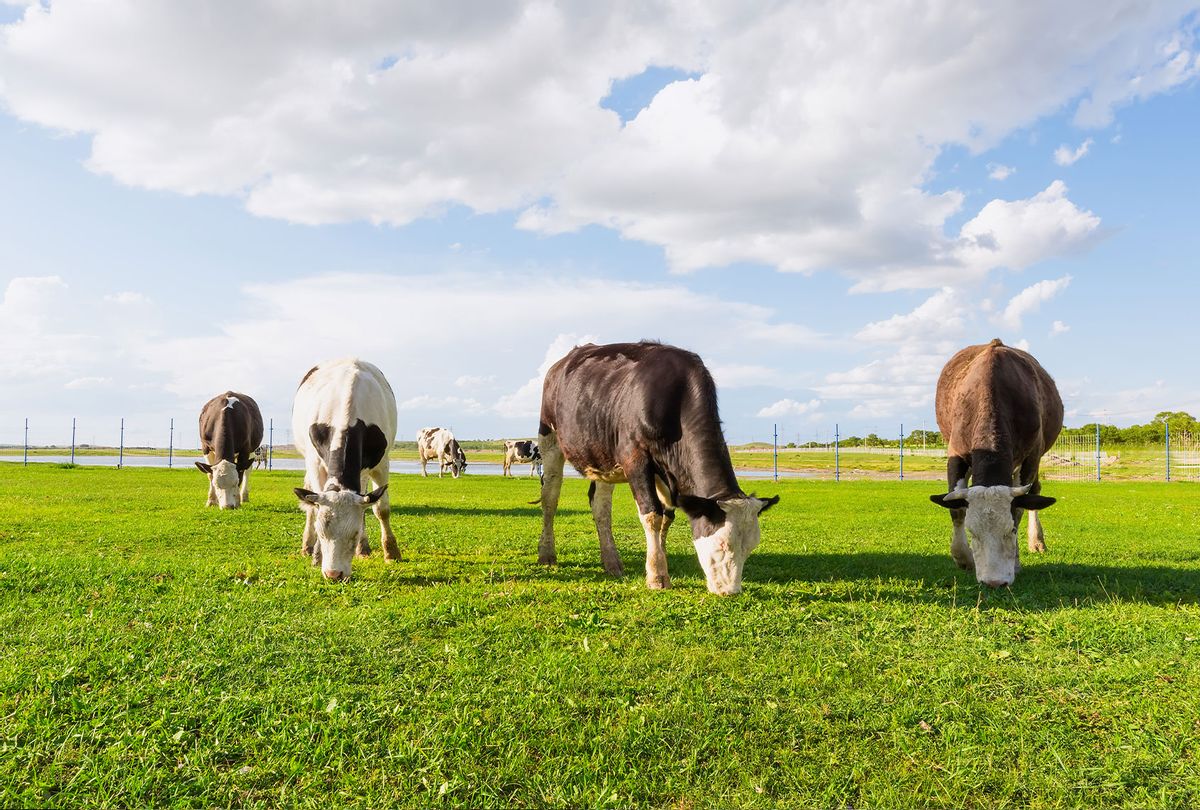 In 2015, Vikas Gupta was ready for a change. Then the head of international marketing at a large corporation in Mumbai, the 42-year-old decided to give it all up, return to his home state of Haryana in northwest India, and become a dairy farmer.

To ease his transition into a field that he knew nothing about, Gupta began speaking to hundreds of veterinarians, animal health researchers, and cattle farmers across the country. As he did, he noticed one thing kept cropping up in his conversations.

"I came to know very early in the trade that there are a few issues that as a country we face," says Gupta, who is now one of the directors of Doozy Farms, home to several hundred cows. "Brucellosis is one of those and it is big."

A highly contagious and chronic disease, brucellosis is caused by bacteria and mainly affects livestock such as cattle, sheep, and goats. When infected, an animal can suffer from late-term abortions, poor fertility, and reduced milk production. The disease is very damaging for farmers and causes huge losses, says Jiwan Gupta, a veterinarian in Punjab. Overall, these livestock losses may have cost India about $3.4 billion, according to a 2015 analysis published in the journal Preventive Veterinary Medicine.

Unfortunately, the South Asian nation isn't alone in its plight. The World Health Organization considers brucellosis an important neglected zoonotic disease — or one that spreads from animals to humans — in parts of developing Asia, Africa, and the Middle East. Wealthier countries in the West have largely eradicated it, although hotspots still exist, such as among the bison and elk populations in Yellowstone National Park.

As with most zoonotic diseases, the key to brucellosis prevention lies with improving animal health. Countries that have the disease under control usually adopt a two-pronged approach: mass vaccination, followed by slaughtering cattle that still test positive afterward. But this approach doesn't work in India. Cows are considered sacred in the Hindu religion, which is practiced by 80 percent of Indians. Most states in India forbid their slaughter.

"You can't slaughter cows in India, so that's a big hurdle," says Nammalwar Sriranganathan, a professor of bacteriology at the Virginia-Maryland College of Veterinary Medicine. "You cannot do what the West does."

Currently, farmers may take their sick cows to shelters called gaushalas, run by nongovernmental organizations, but they are "already full to capacity," says Navneet Dhand, a veterinary epidemiologist at the University of Sydney. That's partly because India has such a large cattle population — some 200 million cows, according to the country's latest livestock census. Worldwide, one in every three to five cows is in the Indian subcontinent, Sriranganathan estimates. And many of them live on rural mom-and-pop farms rather than large organized ones. Controlling brucellosis infections in so many animals, he adds, is "very difficult."

But given the severity and scale of the situation, Indian authorities are determined to try. Already underway is a new animal vaccination program that aims to eradicate brucellosis in the country by 2025. While some of those involved are optimistic of hitting that target, others aren't so sure.

"That is very, very ambitious," says Dhand. "Just vaccination is not going to be enough, so other things have to be adopted to complement vaccination. Vaccination will have to be part of any program, but it shouldn't be the only thing."

Dhand has spent the past six years or so coming up with solutions to solve the tricky problem of controlling brucellosis without culling cattle. Although he immigrated to Australia over a decade ago, Dhand maintains close ties to Punjab, where he grew up and first worked as a vet.

In 2014, his institution partnered with Punjab's Guru Angad Dev Veterinary and Animal Sciences University to work towards a shared vision "of developing a control program" for brucellosis.

But as Dhand and his collaborators began their work, they were met with strong skepticism on the ground. "People didn't believe we could actually make some impact on daily life" because the disease is one that India has been grappling with for a very long time, he says.

He says he is determined to prove them wrong. Dhand's team has conducted several studies on brucellosis in India — including one measuring disease prevalence among veterinary staff, one examining its economic impact, and another weighing up the costs and benefits of control measures. (People can be affected too, although it is rare and usually not life-threatening.)

One recent study from the team, published in December 2020, comes in the wake of discussions with close to 120 stakeholders, including veterinarians, farmers, and milk vendors, over which control strategies would be feasible in the local context. The findings are presented as a set of recommendations for a disease control program. When asked which measure will have the most impact, Dhand tells Undark that "vaccination is the key" in the absence of slaughter.

To that end, the National Animal Disease Control Program (NADCP) launched by the Indian government in September 2019 is a good start. While vaccination programs previously existed in the country, they have been small-scale and sporadic. The new program, which also targets foot and mouth disease and has a total budget of approximately $1.8 billion, will see the country-wide vaccination of all bovine calves, says Ajay Upadhyay, a veterinary epidemiologist at Govind Ballabh Pant University of Agriculture and Technology in Uttarakhand, in northern India.

Upadhyay says his university, which owns roughly a thousand cattle, has already received some vaccines through the NADCP. "It's a very ambitious program," he says. "But it should succeed."

Other experts aren't so sure. The program uses the Brucella abortus S19 vaccine, which must be kept below about 46 degrees Fahrenheit. "Maintenance of cold chain is critical, right from production to the point of use," says Ram Pratim Deka, a brucellosis researcher at the International Livestock Research Institute in Guwahati, in northeast India. But adequate refrigeration isn't always available along the supply chains, particularly in remote areas. And power outages are frequent occurrences during the summer.

Additionally, S19 works well only if calves have been on a nutritious diet at least one month prior to vaccination, says Gupta, the veterinarian from Punjab. This means meals comprising a careful balance of protein and fodder, supplemented with vitamins and minerals such as iodine, copper, and zinc. But oftentimes, calves are given feed intended for adult cows, which does not have enough of these nutrients for the younger animals, he says. "If proper diet is not there, immunity will never be developed."

Gupta also questions the strategy of immunizing only calves. Adult animals don't usually receive the S19 vaccine because it can sometimes cause abortions. But Gupta has vaccinated close to 6,000 adult cows in the last five years or so without seeing any side effects. "I am doing it because there is no other alternative," he says.

"It is a very crude vaccine; it is not a modern vaccine," admits Dhand. "But to be honest, it is quite effective and we only need to vaccinate once for lifelong immunity."

To find a new way to keep brucellosis control running, Dhand and his team recommend improving the biosecurity of farms. In discussions with key stakeholders, they discovered that vets can visit up to dozens of households in a single day. As they move between houses, the vets wash their hands but do little else hygiene-wise.

They often don't change clothes, wear shoe covers, or clean vehicle tires between visits, Dhand found. All this facilitates the spread of disease. And while vets are conscious of how important personal protective equipment is, they don't always have access to it, he says.

Another approach that would help tackle brucellosis is to raise awareness of it among farmers. "Educate them about what is the disease, how it is transmitted, what can you do about it, how would you control it," says Dhand.

For example, cattle sheds should be regularly disinfected and farmers shouldn't use their bare hands to apply medication after abortions, according to Upadhyay. Other animals should also be kept away from one that is giving birth, lest they come into contact with any infected fluids.

It's also important to counsel farmers about how the vaccine works, he adds. Milk production can fall by up to 20 percent in the first two weeks after inoculation, which is why "some of these animal owners, they avoid vaccination." But if farmers are aware of the short-term side effects, they might be more open to vaccinating their cattle.

And instead of a test-and-cull approach, India could consider testing and segregating instead, other experts say. Gupta practices isolating sick cows at Doozy Farms but he admits he's "not sure if every farm in India can do it."

The majority of the country's farms are tiny backyard operations, unlike Doozy, which has roughly 300 cattle across two sites that span a total of 27 acres. Segregation is difficult in smallholder farming situations, Deka says, because people "rear only few animals and they do not have extra cattle sheds for rearing affected animals."

In many cases, a cow is something a farmer might sell to help fund their child's wedding or some other event, Dhand says. "So it's very expensive for them to lose one animal."

To ease the situation, the government could compensate affected farmers for their loss, or provide more of the off-site gaushalas for sick animals, say experts Dhand and Upadhyay.

So while its new mass vaccination program is a good step forward, the Indian government will need to do more if it plans to eradicate brucellosis from the country, Dhand says. Based on models he has run, he expects any program focused mainly on vaccination would take 10 to 20 years to decrease the prevalence of the disease down to about 2 to 3 percent.

Dhand cautions: "It is a long, long time away."

Sandy Ong is a freelance science journalist based in Singapore. She covers stories about science, technology, health, and the environment in Asia and beyond.