Louis DeJoy has big plans for the U.S. Postal Service — to make it even worse 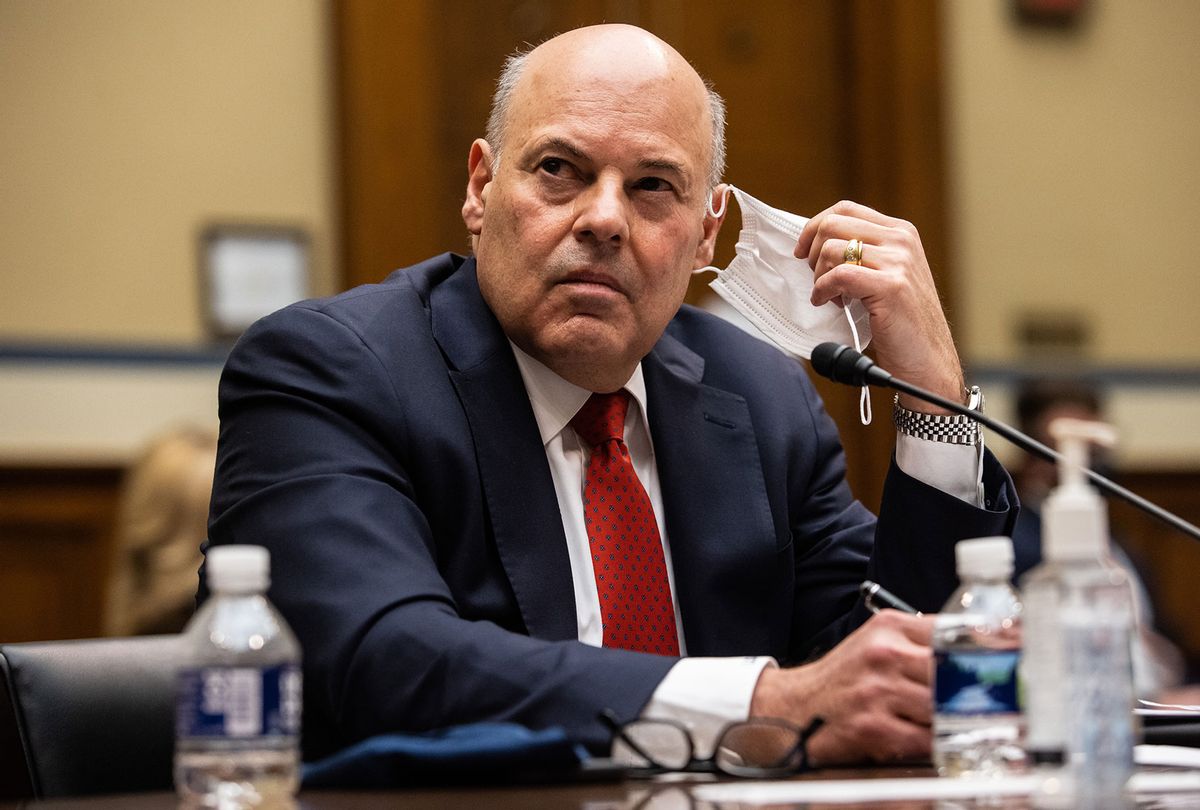 Postmaster General Louis DeJoy, who oversees the U.S. Postal Service and gave millions of dollars to the Trump campaign before being tapped to lead the USPS, has already been widely pilloried for instituting changes to mail delivery and service last summer that slowed down service undercut efficiency nationwide.

Now the postmaster general — who was not directly hired by former President Trump, and cannot be fired by President Biden — wants to make additional wide-sweeping changes to the USPS, including "longer first-class delivery windows" and "reduced post office hours and higher postage prices," according to The Washington Post.

DeJoy has apparently waged a steady assault against the Postal Service since his appointment and made a series of modifications to the enormous agency's operations ahead of the 2020 election and last year's holiday season last year, cutting jobs and service amid the coronavirus pandemic raged onward and increasing the workload of remaining employees.

"The Postal Service's delivery scores have rebounded in recent weeks, to nearly 83.7 percent for first-class mail the week of March 12," The Post's Monday night report reads. "The agency attributed the improvement to more capacity in the air transportation network and the end of winter storms that delayed operations in much of the country."

The Post's report added that before DeJoy's arrival on May 6, 2020, standards were much better than that: At the time, USPS had an impressive first-class mail on-time delivery rate of 90.6 percent.

"The metrics remain well short of the agency's marks from before DeJoy's arrival last June," the Post continued. But mail delivery "hasn't reached 90 percent in the eight months since."

Even though DeJoy cannot be directly dismissed by Biden or by Congress, more than 50 Democratic House members, including Rep. Bill Pascrell Jr., D-N.J., are now calling on Biden to limit DeJoy's power — and possibly oust him — by appointing new members to the Postal Service Board of Governors. All the sitting governors were appointed by Trump.

That group of House Democrats has asked Biden "to fire the board's six sitting members for cause — citing 'gross mismanagement,' 'self-inflicted' nationwide mail delays and 'rampant conflicts of interest' — and to allow a new slate of Biden nominees to consider DeJoy's fitness for office," the Post reported Monday night.

Yet as of now, it appears that DeJoy's deconstruction of the USPS may get worse before it gets better, thanks to DeJoy's proposed additional changes, which are scheduled to be made public on Tuesday, and may be carried out unilaterally, with no meaningful oversight. The postmaster general, the Post reported, "controls operating hours at post offices, and the board of governors appears to back DeJoy's changes to delivery times."