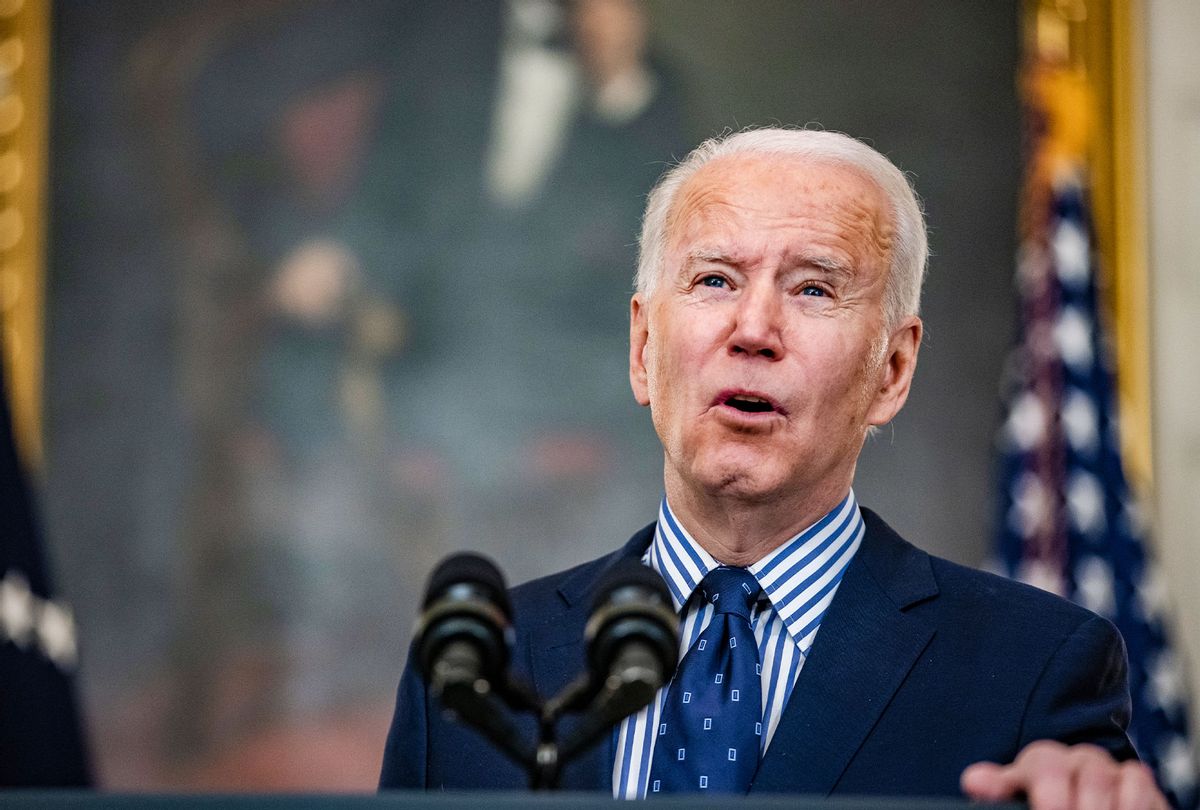 President Joe Biden speaks from the State Dining Room following the passage of the American Rescue Plan in the U.S. Senate at the White House on March 6, 2021 in Washington, DC. (Samuel Corum/Getty Images)
--

Fox News was shut out of asking President Joe Biden a question during his first press conference held in the White House's East Room on Thursday and several right-wing media figures were quick to loudly complain.

During the presser, the president fielded questions from many reporters including CBS correspondent Nancy Cordes, CNN correspondent Kaitlan Collins, and PBS White House reporter Yamiche Alcindor, among others, but snubbed the Fox News correspondent who has a knack for sparring with White House Press Secretary Jen Psaki at press briefings along with other Biden White House officials, Peter Doocy.

Reacting to Biden not selecting him to ask a question during the press conference, Doocy on Fox News touted how many questions he had prepared ahead of time while showing off his black binder full of papers.

"And I mentioned last night on 'Special Report' that I had a binder full of questions," the reporter began. "We had a lot and most of the stuff we did not get to," Doocy riffed while paging through a binder on-air. "Nobody ever asked him about this big plan that he has got, this big idea to completely transform the economy, to make it all green. That is something we were hoping to get on the board with, and there were not a lot of questions about Covid, particularly the investigation into the origins of it," Doocy continued. "We did not get on the board with that, nobody else asked about that."

But the fact that The New York Times didn't get the chance to ask a question either didn't faze conservatives on Twitter who pounced at the opportunity to call a foul.

Other news that came out of Biden's first press conference included announcing that he plans on running for re-election in 2024. "Yes, my plan is to run for re-election," the president stated when asked by CBS reporter Nancy Cordes. "That's my expectation."