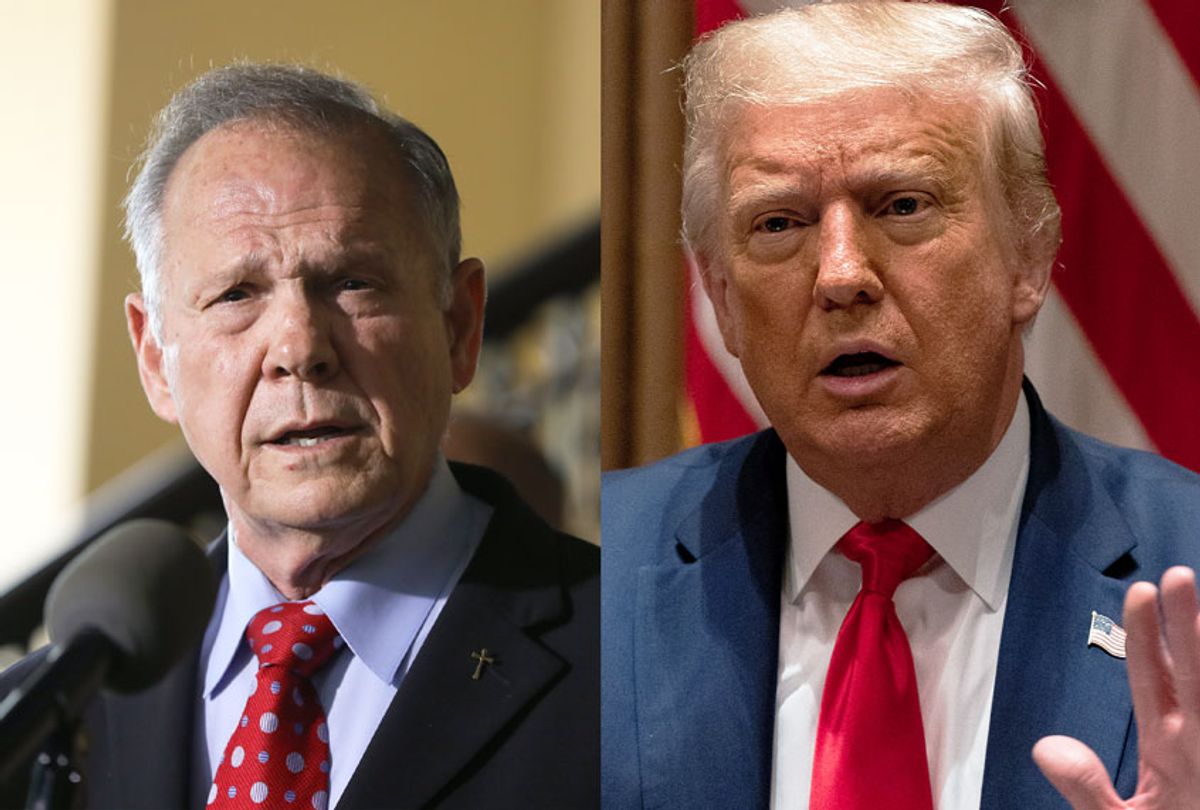 Joe Biden just had his first formal press conference and the media seem to have been temporarily mollified after weeks of hysterical hand wringing over their inability to ask the president important questions on behalf of the American people. They somehow forgot, however, to ask even one question on Thursday about the urgent topics most people in the country are grappling with on a daily basis, like the pandemic and its economic fallout, the vaccine rollout, school openings or the implementation of the American Recovery Plan. Oh well! At least they did manage to ask Biden the one burning question that has been keeping the entire country up at night: "Are you going to run for reelection in 2024?"

Sadly, this rush is to be expected. While Biden and the Democrats may just want to focus on governance for a while, there is already quite a bit of discussion about upcoming elections on the Republican side. In fact, it's pretty much all they can talk about.

Needless to say, there is rampant speculation about whether Trump plans to run, and until that decision is made, it's highly unlikely any other 2024 presidential hopefuls can get traction. The former president did recently make a list of Republicans he believes might be qualified to be president and they are, of course, his most loyal henchmen and accomplices. On a recent podcast, he named Florida Governor Ron DeSantis, Missouri Senator Josh Hawley, Texas Senator Ted Cruz, Kentucky Senator Rand Paul, candidate for Arkansas governor and former White House press secretary Sarah Huckabee Sanders, and South Dakota Governor Kristi Noem. Notably absent from the list were former his own vice president, Mike Pence, and former secretary of state, Mike Pompeo, which leads me to believe he probably sees them as the most likely threat to his own candidacy.

For now, Trump seems to be content to spend these first few months in exile further consolidating his power in the GOP, wreaking revenge on his enemies and playing kingmaker for the 2022 midterms. To that end, he is putting together a big dark money machine, which will likely be used to fund his own activities, and is vetting candidates for endorsement. So far, it is quite a rogue's gallery, which reportedly has some GOP players very nervous — and for good reason.

The Washington Post's Mike DeBonis reported on a number of Senate candidates who are way out on the fringe, beset by scandals or otherwise compromised, but who are running as hardcore Trumpists and seeking the dispensation of the man himself. He describes Rep. Mo Brooks as "an Alabama congressman who served as President Donald Trump's warm-up act for the 'Stop the Steal' rally that preceded the Jan. 6 Capitol riot, urging participants to 'start taking down names and kicking ass.'" Missouri's Eric Greitens "had to resign the Missouri governorship in disgrace, facing criminal charges and allegations that an extramarital affair had turned violent." Josh Mandel of Ohio paid tribute to Trump by getting himself suspended from Twitter for saying "Muslim terrorists" are among those seeking asylum at the border, a tactic he clearly adopted to get attention to his cause. These guys are just for starters.

Trump has also been trying to draft former football star Herschel Walker, currently a Texas resident, to challenge Raphael Warnock in Georgia. As The Bulwark's Tim Miller observed, Walker is a prominent Black Trump supporter who spoke at the RNC and would seem to be a perfect choice except for the fact that Walker has admitted that he is known for playing Russian Roulette at dinner parties due to his diagnosis of a rare mental illness and in recent years seems to have never come across a conspiracy theory he doesn't believe in, including one in which the Chinese Communist Party has allegedly funded Black Lives Matter. He is as fringe as it gets.

Trump is putting his potential endorsees through their paces. Alex Isenstadt of Politico reported this week that Trump called four potential Ohio Senate candidates vying to replace the retiring Rob Portman down to Mar-a-lago for what one person familiar with the event called a "Hunger Games" showdown. They were all there ostensibly for a House candidate's fundraiser when Trump summoned them into a back room, seated them at a table and told them to make their case. The aforementioned Mandel sounds as if he scored well with Trump by bragging that he is "crushing" his opponents in the polling. Investment banker Mike Gibbons reminded Trump that he'd donated to his campaign while Trump's handpicked former state GOP Chair Jane Timken said she had ground support before tech executive Bernie Moreno mentioned that his daughter worked on Trump's campaign.

No doubt to show that he was keeping a list and checking it twice, Trump reminded Timkin that she'd once defended an Ohio lawmaker who voted for Trump's impeachment. (Realizing she'd committed a capital crime against Trump, she later called for that congressman's resignation.) A source later told Isenstadt that Trump was just ribbing Timkin, but there's no doubt he brought it up to make sure all of those candidates understood that he is keeping score. There is no perceived slight too small for him to obsess over:

Over the course of the evening, Trump appeared to be fixated with Ohio Gov. Mike DeWine, whom the former president attacked last fall after DeWine called Joe Biden "president-elect" during an appearance on national television

Minority Leader Mitch McConnell has made it clear that the only thing he cares about is electability and there is a serious question as to whether or not these Trump-loving far-right candidates are electable. McConnell, after all, has been down this road before. Recall the last Alabama debacle in 2018 when he was stuck with Judge Roy Moore, a fringe extremist who was revealed during the course of the campaign that he had also had a habit of molesting under-age girls. Or you might remember a man by the name of Todd Akin, a Missouri Senate candidate who made a splash insisting that there is such a thing as "legitimate rape." There was also the Delaware Senate candidate Christine O'Donnell who famously made an ad in which she declared "I am not a witch." In that same election cycle, the Nevada GOP nominated Sharron Angle, who suggested that people should barter chickens for health care.

McConnell didn't necessarily expect to win those races but he knows that the headlines all those fringe candidates made hurt the party's chances in states where it was closer. The question now is whether that same dynamic applies today.

Some of the seats in contention are in swing states like Georgia, Pennsylvania, Arizona and North Carolina and it's not hard to imagine that extremist Trump acolytes and scandal-ridden candidates are not a good bet. But with McConnell on Trump's enemies list, it's unlikely that he'll be able to talk Trump out of backing them as he has in the past. And you never know. If the voters like Congressional Representatives like Marjorie Taylor Greene, R-Ga, or Madison Cawthorne, R-NC, they'll love Trump's Hunger Games MAGA candidates of 2022.