"Generation X": Its tales about McJobs and information overload feel as poignant now as in 1990s 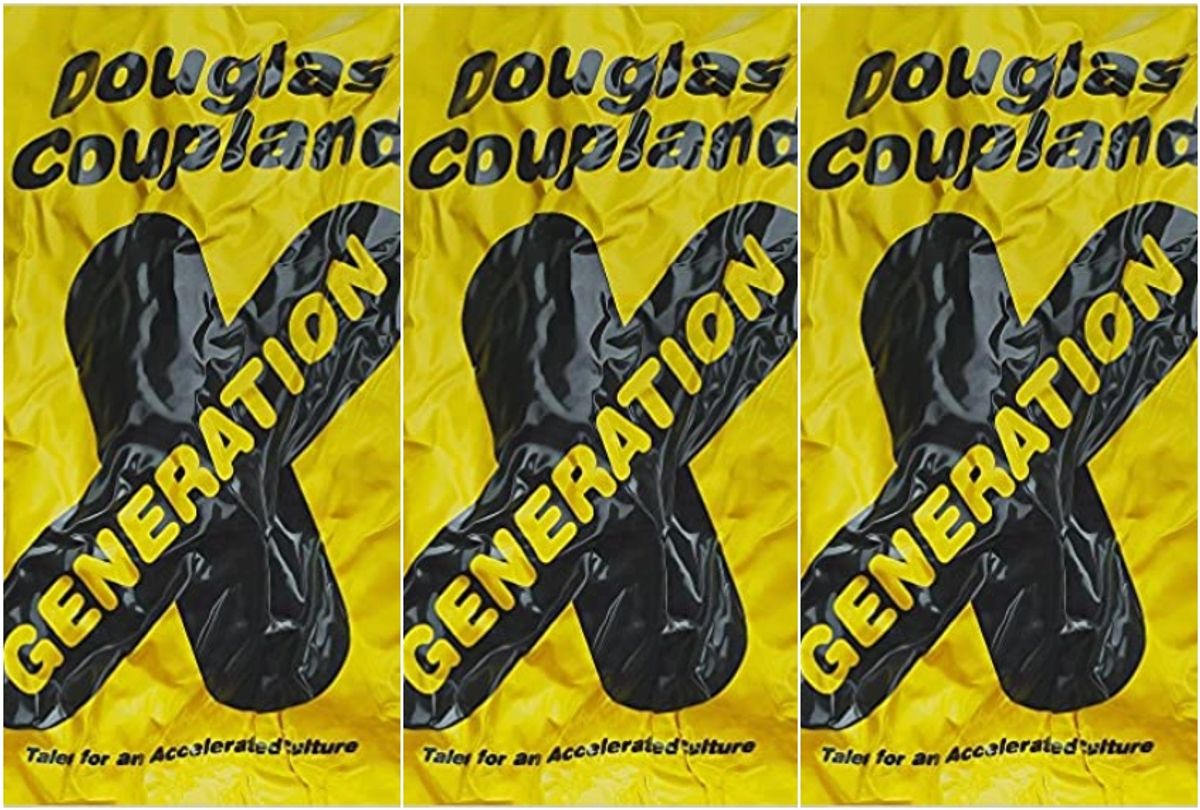 Andy, Dag and Claire are in their twenties. Dissatisfied with society's structures and expectations, they move to the Californian desert looking for new beginnings and more meaningful lives. To survive, the three get McJobs – "low-pay, low-prestige, low-dignity, low-benefit, no-future jobs in the service sector" – only finding solace in each other's company and storytelling.

This is the plot of "Generation X: Tales for an Accelerated Culture," the first novel by Canadian writer and artist Douglas Coupland. Published 30 years ago, Generation X went on to become a cult text and helped to popularise the term "X" for those born between the mid-1960s and the early-1980s.

Coupland struck a chord, as his characters' disaffection, "knee-jerk irony", and withdrawal from society chimed with depictions of the young in the early 1990s in popular culture. But rather than referring to a cohort of people born between the mid-1960s and the early 1980s, for Coupland "X" identifies the refusal of "the merry-go-round of status, money, and social climbing that so often frames modern existence". As he puts it, "X is a term that defines not a chronological age but a way of looking at the world".

Neither is the novel just a snapshot of young people's concerns and lives in the early 1990s. Mixing narrative text with pop-art-inspired illustrations, slogans and definitions, the novel depicts what it refers to as our "accelerated culture". Three decades later, it is a literary classic that still speaks to issues central to today's world.

Coupland was originally commissioned to author a non-fiction handbook about Generation X on the back of articles and a comic strip he wrote in the late 1980s about "the young and restless workforce following the baby boom". Yet to the dismay of his publishers, who nearly didn't publish Generation X, he soon realised that the book needed to be a novel.

Coupland's decision speaks to a prevailing fear in the book that with information overload and technological acceleration, we may have lost the plot of our individual lives and wider society. As Dag puts it:

I'm just upset that the world has gotten too big – way beyond our capacity to tell stories about it, and so all we're stuck with are these blips and chunks and snippets.

When Generation X was published, Coupland observed: "information overload meant 50 TV stations instead of ten." In the current era where internet connections give access to a previously unimaginable wealth of content, this seems rather quaint. Nonetheless, Generation X's intuitions help us understand the destabilising effects that the online world has on our sense of self today.

The novel insists on the human need for narrative and on the power of storytelling to make sense of the world around us. Andy, Dag and Claire try to regain direction and meaning in their lives by telling each other stories. Today, we might take to social media. Yet the "stories" we post on these digital environments resemble the "blips and chunks and snippets" Dag was lamenting in Generation X.

Indeed, as Coupland, the British writer Shumon Basar, and the Swiss art critic Hans Ulrich Obrist discuss in The Age of Earthquakes, the internet reinforces "denarration". This is "the process whereby one's life stops feeling like a story". Instead, they write, our lives now feel like a "lineup of tasks". There is no story in a life that is made up of short burst of mundane activity; it is not flowing and engaging but stilted and of little consequence.

Many of the stories Andy, Dag and Claire share with each other have a distinctly apocalyptic flavour. Fittingly for a novel published at the tail end of the cold war, the fear of "the flash", namely nuclear apocalypse, is prevalent.

Anxieties over pollution also emerge, which speaks to the 21st-century climate crisis. One of Generation X's chapters is titled "Plastics never disintegrate", while the novel's definitions include "Paper Rabies: Hypersensitivity to littering" and "Dumpster Clocking: The tendency when looking at objects to guesstimate the amount of time they will take to eventually decompose". The climate crisis would remain an important thread running through Coupland's ensuing works, from Generation A to Vortex.

Andy's, Dag's and Claire's apocalyptic stories express their "futurelessness". Saddled with McJobs, angry at previous generations handing over the world to them "like so much skid-marked underwear", envious of boomers' wealth and security – something that resonates with Millennials and Gen Z today – Coupland's protagonists have a hard time imagining the future beyond a nuclear blast.

Our perception of the future might not have changed much since 1991. As Coupland puts it in a recent Instagram post, "The future feels like clickbait". The post follows the style of his Slogans for the 21st Century, which Coupland began in 2011 wanting to capture phenomena that "would make no sense to someone from 1991". Andy, Dag and Claire might struggle with the idea of "clickbait", but I'm sure they'd get the sentiment of an empty future made up of an unending list of meaningless things forever vying for our attention.

Join us to celebrate Generation X's 30th birthday at the free online conference "Douglas Coupland and the Art of the 'Extreme Present'", April 23-24 2021.