In India’s Bohra community, a battle over genital mutilation 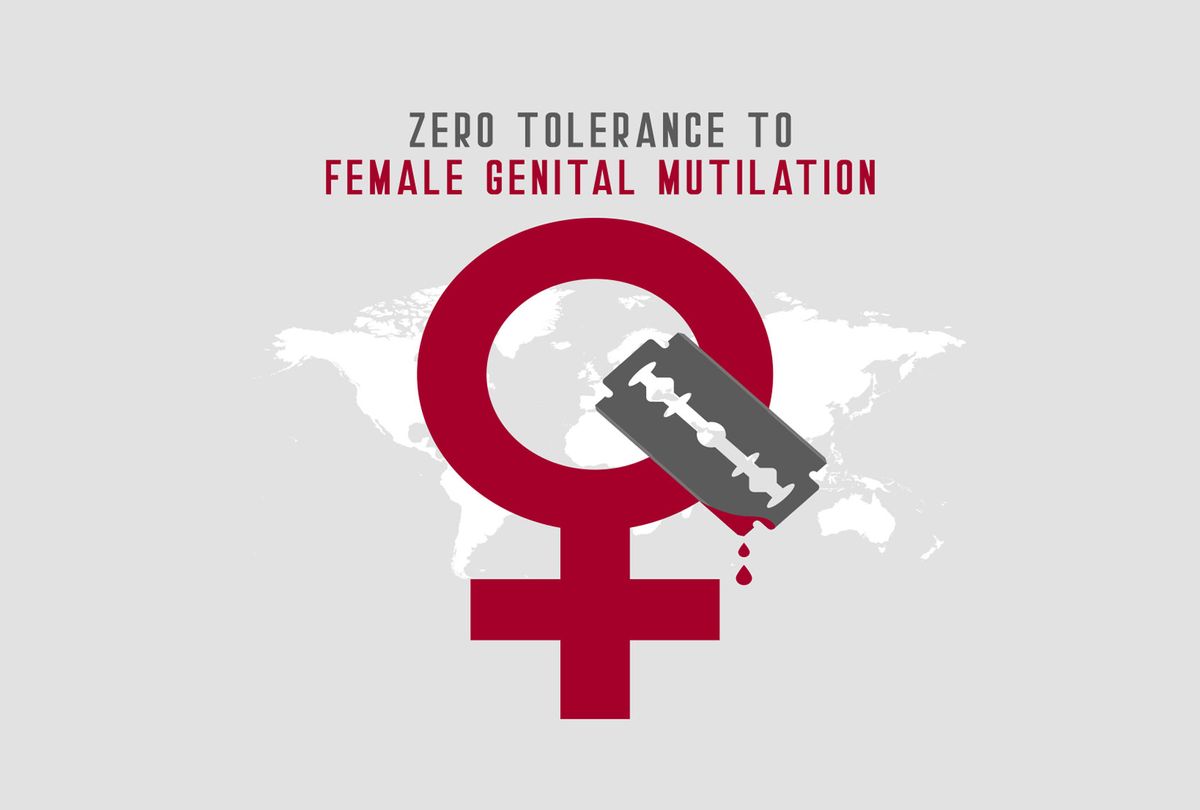 Aarefa Johari was 7 years old when she was taken by her mother to a decrepit building in the back alleys of Bhendi Bazaar, an old market area in Mumbai. The overcrowded bazaar is largely populated by members of the Dawoodi Bohra community, a minority Shia Muslim group that accounts for around 2 million of India's population of well over 1 billion people.

Once inside, the mother and daughter were greeted by an old woman. "My mother had told me before we went there that something would happen to me down there but I don't remember thinking it was anything to worry" about, she recalls, "and so I did not panic at first."

The woman took Johari and lifted her frock while her mother held her down on a mattress on the floor; minutes later her clitoral hood had been cut, in accordance with the ancient tradition of khafz, or female genital cutting (FGC). "I was in a lot of pain and I remember crying inconsolably," says Johari, a journalist and an anti-FGC activist who is now 34 years old.

Though her pain eventually subsided, the trauma of the incident stayed with her long after. "There are psychological scars and it is a very painful memory," she says. "I remember the fear I felt."

For years, Johari did not question the pain because of how normalized the practice is within the Bohra community, but in 2015 she co-founded Sahiyo, a nongovernmental organization that seeks to end FGC across Asia through public awareness campaigns, as well as community engagement and dialogue.

The World Health Organization, which classifies these and other practices as female genital mutilation (FGM), describes them as "the partial or total removal of external female genitalia or other injury to the female genital organs for non-medical reasons." The organization has classified FGM as a violation of the human rights of girls and women.

While male circumcision conducted at infancy is common among followers of the Abrahamic religions of Judaism, Islam, and Christianity, as well as in other communities around the world for non-religious reasons, FGM is not as widely practiced, except within certain religious sects in Africa, the Middle East, and South Asia. Despite the custom's seeming obscurity, however, some 200 million women alive today have experienced FGM, according to estimates by Unicef.

"That is not an accurate number because there are almost 60 countries in the world where there is no data," says Masooma Ranalvi, co-founder of WeSpeakOut, an anti-FGM organization based in Mumbai.

Ranalvi and other anti-FGM advocates view the custom as part of a patriarchal society's attempt to "control a woman's sexuality and desire," but many women in the Bohra community, and some Bohra doctors, support the practice. "Khafz is a sunnah," or ancient Muslim practice, says Fatema Jetpurwala, a gynecologist who is a member of the Dawoodi Bohra Women's Association for Religious Freedom, a Bohra organization that defends FGM in court. "It is the equivalent of male circumcision, or khatna."

However, unlike male circumcision, there are several medical complications that can result from FGM, the WHO states. They include excessive bleeding, swelling of the genital tissue, infection, vaginal and urinary tract problems, and even death. Later on, women may suffer sexual issues and experience complications in childbirth.

Jetpurwala insists that khafz is a "harmless religious practice" and involves "a minuscule nick at the prepuce way above the clitoris," even though many survivors and activists maintain that the procedure often cuts the clitoris and at times even the labia.

Her group stepped up to lead the defense in a lawsuit before the Indian Supreme Court filed by anti-FGM activists, including Ranalvi, who are challenging the constitutional validity of the practice. The court originally heard the case in 2018, and while it held that the "bodily integrity of women" cannot be violated, it did not make a ruling. Instead, the judges passed the case to another judicial panel specializing in constitutional matters to review the practice as an issue of religious freedom. In a judgment issued in November 2019, the Constitution Bench grouped the case with others involving women's right to religion, but the full court still has yet to make a final ruling.

In hundreds of interviews with victims conducted by Sahiyo and WeSpeakOut, sexual control is often mentioned as the primary motivation behind FGM. "In our survey, we found that the most common reason that people give is that it controls a girl's sexual urges and moderates the desire," Johari says. "It keeps her chaste and prevents her from having affairs. Others cited hygiene and health, but there is no scientific basis for that."

When Johari first started questioning the practice within her family, she says one aunt told her: "Those girls who are not circumcised will turn into prostitutes."

According to a survey conducted by Sahiyo of more than 300 survivors, 35 percent reported that the cutting had affected their sex life. Of that group, 87 percent said the impact had been adverse, while 7 percent said their sexual life was positively affected.

Organizations like the WHO stress that sexual health is fundamental to overall health and well-being. "Sexual health, when viewed affirmatively, requires a positive and respectful approach to sexuality and sexual relationships, as well as the possibility of having pleasurable and safe sexual experiences, free of coercion, discrimination, and violence," the WHO states.

Like Johari, Ranalvi, now in her 50s, has spent much of the last decade campaigning against the cutting of young Bohra women. "In my case, as in the case of hundreds of women like me, we were cut by traditional cutters ordained by the religious leader," she says. "I remember it was extremely painful. Can you imagine someone cutting a part of your genitals?"

In a 2018 study of Bohra women who had been subjected to the practice published by WeSpeakOut, a gynecologist identified as Sakina said: "It is difficult to only remove a part of the prepuce — especially when you are not given anesthesia and the person is kicking. When you are doing it on a 7- or 9-year-old child, the child is quite strong and naturally resists."

Johari recalls meeting a child who was grievously injured as a result of a botched procedure. "The child was bleeding through the night and had to be taken to the hospital, and the doctor was unwilling to do anything about it at first because he said it looked like a case of rape," she said, adding that their organization had come across many cases of young girls who developed infections because of unhygienic procedures. "The girl needed many stitches," she says. "The trauma the child is still living with is unspeakable."

Jetpurwala dismisses claims of sexual health issues raised by survivors. "I have dealt predominantly with Bohra women and children in my medical practice," she says. "I have not come across a single case of any sexual dysfunction due to khafz per se."

But according to a survey by Sahiyo, about 74 percent of the cutting is performed by traditional cutters outside medical facilities, often in family-run practices handed down from mother to daughter.

"It is not a medical procedure, and ethically, a doctor should not be carrying out such a non-medical procedure," says Johari, adding that it is also unethical to expect children to give legal consent.

"I don't believe that continuing to do it by shifting it into a fancy environment is the solution," Ranalvi says. "The point will remain that you are cutting a part of my genitals as a young girl with the objective of denying me sexual pleasure."