The African roots of Swiss design and art theories 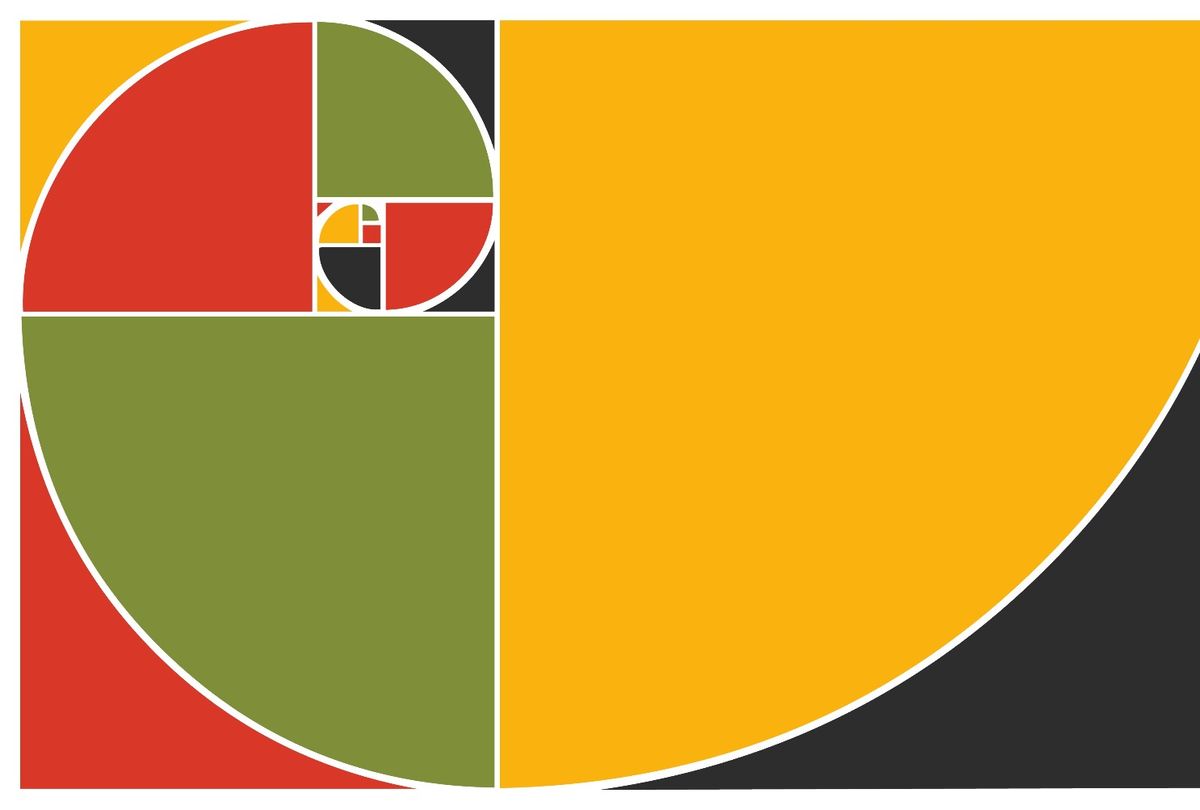 Design remains a largely white profession, with Black people still vastly underrepresented – making up just 3% of the design industry, according to a 2019 survey.

This dilemma isn't new. For decades, the field's whiteness has been recognized as a problem and was being openly discussed as far back as the late 1980s, when the few Black graphic design students preparing to enter the profession spoke of feeling isolated and rudderless.

Part of the lack of representation might have had to do with the fact that prevailing tenets of design seemed to hew closely to Western traditions, with purported origins in Ancient Greece and the schools out of Germany, Russia and the Netherlands deemed paragons of the field. A "Black aesthetic" has seemed to be altogether absent.

But what if a uniquely African aesthetic has been deeply embedded in Western design all along?

Through my research collaboration with design scholar Ron Eglash, author of "African Fractals," I discovered that the design style that undergirds much of the graphic design profession today – the Swiss design tradition that uses the golden ratio – may have roots in African culture. 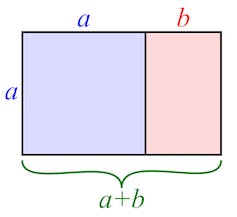 The golden ratio refers to the mathematical expression of "1: phi," where phi is an irrational number, roughly 1.618.

Visually, this ratio can be represented as the "golden rectangle," with the ratio of side "a" to side "b" the same as the ratio of the sides "a"-plus-"b" to "a."

This ratio is called "golden" or "divine" because it's visually pleasing, and some scholars argue that the human eye can more readily interpret images that incorporate it.

For these reasons, you'll see the golden ratio, rectangle and spiral incorporated into the design of public spaces and emulated in the artwork in museum halls and hanging on gallery walls. It's also reflected in nature, architecture and design – and it forms a key component of modern Swiss design.

The Swiss design style emerged in the 20th century from an amalgamation of Russian, Dutch and German aesthetics. It's been called one of the most important movements in the history of graphic design and provided the foundation for the rise of modernist graphic design in North America.

The Helvetica font, which originated in Switzerland, and Swiss graphic compositions – from ads to book covers, web pages and posters – are often organized according to the golden rectangle. Swiss architect Le Corbusier famously centered his design philosophy on the golden ratio, which he described as "[resounding] in man by an organic inevitability."

Graphic design scholars – represented particularly by Greek architecture scholar Marcus Vitruvius Pollo – have tended to credit early Greek culture for incorporating the golden rectangle into design. They'll point to the Parthenon as a notable example of a building that implemented the ratio in its construction.

But empirical measurements don't support the Parthenon's purported golden proportions, since its actual ratio is 4:9 – two whole numbers. As I've pointed out, the Greeks, notably the mathematician Euclid, were aware of the golden ratio, but it was mentioned only in the context of the relationship between two lines or figures. No Greek sources use the phrase "golden rectangle" or suggest its use in design.

In fact, ancient Greek writings on architecture almost always stress the importance of whole number ratios, not the golden ratio. To the Greeks, whole number ratios represented Platonic concepts of perfection, so it's far more likely that the Parthenon would have been built in accordance with these ideals.

The golden spiral in Africa

If not from the ancient Greeks, where, then, did the golden rectangle originate?

In Africa, design practices tend to focus on bottom-up growth and organic, fractal forms. They are created in a sort of feedback loop, what computer scientists call "recursion." You start with a basic shape and then divide it into smaller versions of itself, so that the subdivisions are embedded in the original shape. What emerges is called a "self-similar" pattern, because the whole can be found in the parts. 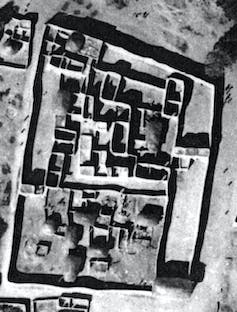 The palace of the chief in Logone-Birni, Cameroon. CC BY-ND

Consider the palace of the chief in Logone-Birni, Cameroon. Its rooms are laid out using a fractal grid characterized by the repetition of similar shapes at ever-diminishing scales. As Ron Eglash notes in "African Fractals," the path that a palace visitor would take to navigate the space approximates a golden spiral.

The recursive construction of the palace – from tiny rectangles to larger and larger rectangles – naturally lends itself to the golden rectangle construction for the overall form, even though the match along any one wall is far from perfect.

This method of organically growing architecture is typical of building layouts in Africa; indeed, many of its design patterns include this organic scaling, probably because it links to concepts of fecundity, fertility and generational kinship that are commonplace in African art and culture.

Scholar and spiritualist Kwame Adapa shows such a scaling pattern in Kente cloth from Ghana. The black stripes are on a white background, with rows formed as follows: 1, 1, 2, 3, 5 – what we now call the Fibonacci sequence, from which the golden ratio can be derived.

Did Fibonacci bring the golden ratio to Europe?

Robert Bringhurst, author of the canonical work "The Elements of Typographic Style," subtly hints at the golden ratio's African origins:

"If we look for a numerical approximation to this ratio, 1: phi, we will find it in something called the Fibonacci series, named for the thirteenth-century mathematician Leonardo Fibonacci. Though he died two centuries before Gutenberg, Fibonacci is important in the history of European typography as well as mathematics. He was born in Pisa but studied in North Africa."

These scaling patterns can be seen in ancient Egyptian design, and archaeological evidence shows that African cultural influences traveled down the Nile river. For instance, Egyptologist Alexander Badaway found the Fibonacci Series' use in the layout of the Temple of Karnak. It is arranged in the same way African villages grow: starting with a sacred altar or "seed shape" before accumulating larger spaces that spiral outward.

Given that Fibonacci specifically traveled to North Africa to learn about mathematics, it is not unreasonable to speculate that Fibonacci brought the sequence from North Africa. Its first appearance in Europe is not in ancient Greece, but in "Liber Abaci," Fibonacci's book of math published in Italy in 1202.

Why does all of this matter?

Well, in many ways, it doesn't. We care about "who was first" only because we live in a system obsessed with proclaiming some people winners – the intellectual property owners that history should remember. That same system declares some people losers, removed from history and, subsequently, their lands, undeserving of any due reparations.

Yet as many strive to live in a just, equitable and peaceful world, it is important to restore a more multicultural sense of intellectual history, particularly within graphic design's canon. And once Black graphic design students see the influences of their predecessors, perhaps they will be inspired and motivated anew to recover that history – and continue to build upon its legacy.

Editor's note: This article has been updated to note that the Greeks mentioned the golden ratio in the context of figures, in addition to two lines, and that they never suggested its use in design.