Popular true crime stories tend to focus on individual cases, rather than patterns and social factors 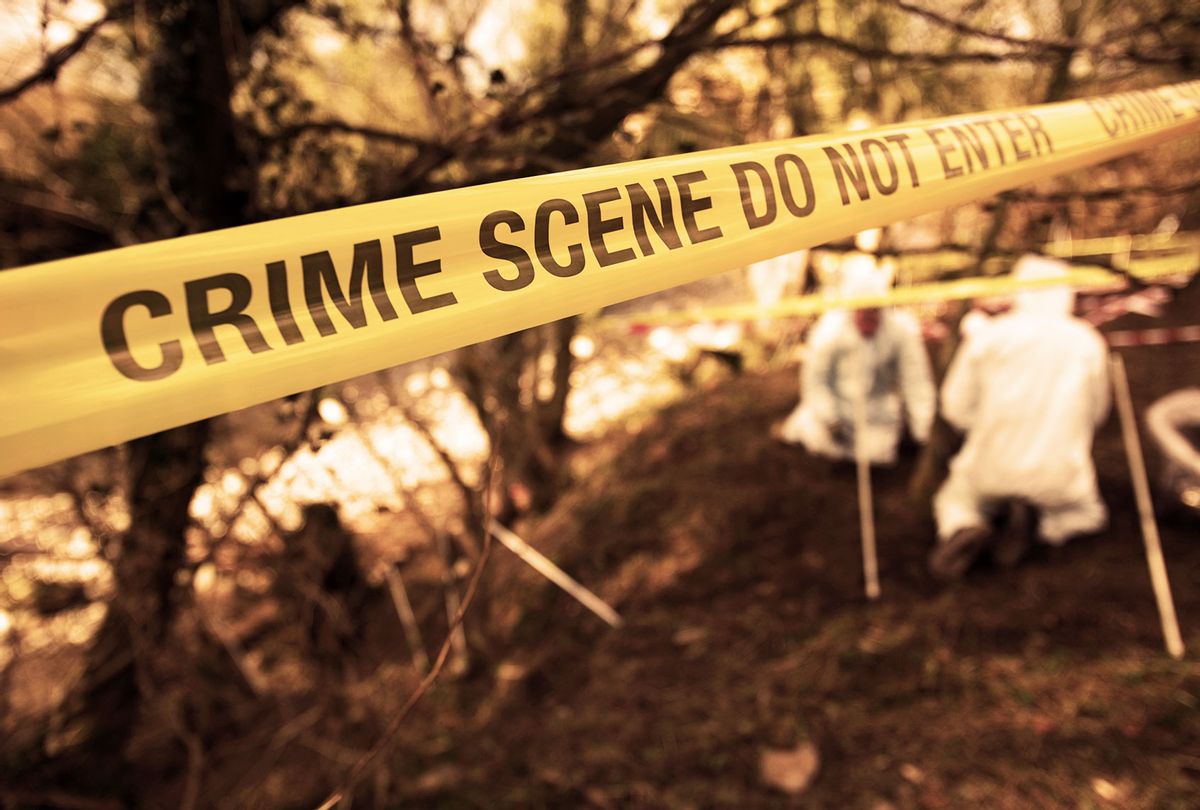 This month "People Magazine Investigates" kicked off its fifth season by recounting the unsolved murder of Tammy Zywicki, a Grinnell College student who was abducted on Interstate 80 in Illinois and violently murdered in 1992. Ratings for the season premiere show the genre's popularity: The season premiere ranked in the top 25 original cable telecasts, just a few spots down from Fox News' "Hannity" and MSNBC's "Rachel Maddow." The popularity of podcasts and television series providing graphic accounts of unsolved murders — usually of women — confirms what "Dead Girl" author Alice Bolin calls an American obsession. "It is clear we love the Dead Girl, enough to rehash and reproduce her story, to kill her again and again," she writes. It is enough of a cultural phenomenon that it was recently parodied on "Saturday Night Live." But exclusive attention to individual stories ignores a bigger reality that we're not talking about—the collective story of patterned, lethal violence against women in the United States. Consuming such stories as a form of entertainment without considering the structural issues that allow them to continue to happen makes all women vulnerable.

Like many women of my generation who attended college in the Midwest at the time, I remember vividly when Tammy went missing and when her body was found; it was national news for weeks. For us, her abduction and murder was not relegated to history; it is sharply brought into the present by a sinking feeling of dread whenever the possibility of being stuck on the side of the road is imminent. This feeling of vulnerability, of becoming yet another victim to violent, opportunistic crime, is shared among women across generations. In other words, often there is a pervasive cultural fear that women live with in this country, and others, because of their gender.

This fear is justified — yet it remains hard for women to substantiate. For example, statistics that could show us patterns of violence are not collected or shared and are, therefore, almost invisible. The loss of any young woman's life by violent murder is incalculable. Yet, to count the kinds of murders that are related to gender allows us to connect singular losses to collective patterns, particularly when concerned with equal protection, equal rights and legal justice. In this way, it is important to know that Tammy Zywicki was one of 4,936 women murdered in the United States in 1992, according to the Federal Bureau of Investigation. How many of these 4,936 women were abducted before they were murdered? How many of them were victims of sexual violence before they died? Do features of the lethal crime shift visibility when we consider the race and sexual orientation of the victim? Today in 2021, the answers to these questions are elusive at best.

Currently, the FBI does not provide such records for the public, although the agency collects data from around the country, allowing local and state agencies to share or ignore the system. Likewise, many popular stories of unsolved "true crime" tend to focus on individual cases and how to solve them, rather than investigate how individual cases are linked to patterns in cases or social factors that make women more vulnerable. The kinds of data collection conducted by governmental law enforcement agencies regarding violent crime and types of murder women experience is consequential for victims, families, researchers and public policies. The lack of visibility of collective patterns leaves families who search for justice isolated from each other, it leaves analysts with a lacuna of precise and concrete information about patterns that can point to underlying causes of violence, and it renders almost impossible the ability to bring these crimes to justice under a larger gendered legal frame.

Beyond transparency issues that hide larger trends, the language we use to talk about the murder of women is also problematic. The word homicide, from the Latin "to kill a man" does not appropriately describe these crimes — it hides the larger truth of lethal gendered violence. The more accurate term is femicide, the murder of women because of their gender identity. Human rights advocates around the globe have worked to have the crime named and prosecuted as such. Evidence for the crime of femicide shows explicitly actions that male perpetrators enact on the bodies of women including abduction, holding in victims in captivity, and sexual violence that the victim suffered in excess of the murder. United Nations human rights expert Dubravka Simonovic recently called for the universal establishment of national initiatives to monitor and prevent femicides. The United States must take up that responsibility if we want to challenge our national obsession with "the Dead Girl" and protect all future generations of girls and women.

It's been 27 years since Tammy was murdered; and I now teach at the college she attended. A student recently pointed out to me how little has changed for women in that time, even with cell phones and location sharing and other safety practices. Tammy could have been any of us then, and now. While unsolved crimes can benefit from public attention, true crime entertainment must do more to highlight and address the systemic issues that make women susceptible to violence.

Brigittine French is a professor of anthropology at Grinnell College, where she specializes in violence and gender.