Republican legislatures across the country are keeping the Trump agenda alive 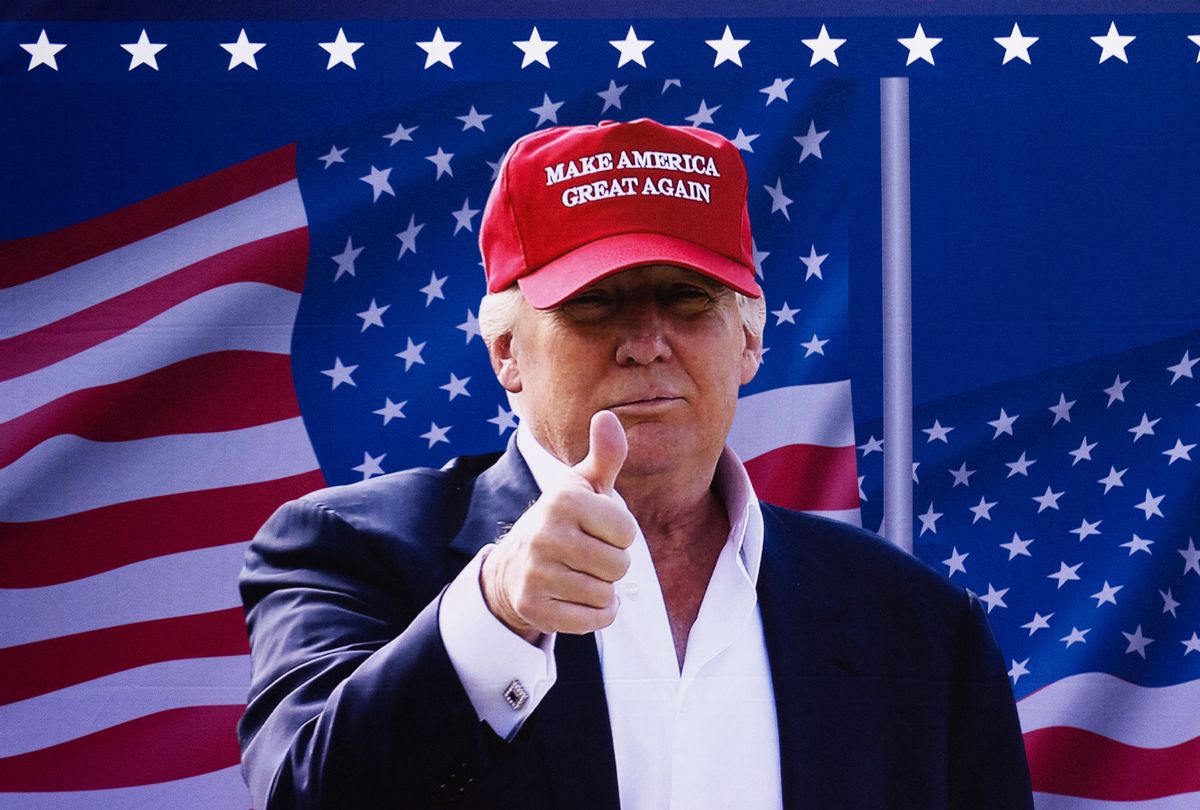 In Arkansas, Gov. Asa Hutchinson signed a new law on Thursday banning transgender women and girls from competing in school sports teams that correspond with their gender identities. A trio of Iowa GOP lawmakers introduced a bill in the same spirit, but quickly withdrew it from consideration last week. The Iowa bill would have required students to present signed statements from licensed doctors confirming their biological sex before being admitted to any sports team. On Monday, North Carolina hopped on the anti-trans bandwagon, with lawmakers introducing a bill that would apply similar restrictions on transgender students in middle and high school. Mississippi and North Dakota passed similar laws last month.

Activists say that the Republican state-level pushback indicates a "coordinated attack" against the transgender community. Opponents of equality failed to claw back marriage equality and failed in their push for bathroom bills," the Human Rights Campaign said in a statement. "These bills are not addressing any real problem, and they're not being requested by constituents. Rather, this effort is being driven by national far-right organizations attempting to sow fear and hate."

State Republicans have also taken aim at public demonstrations in the wake of the George Floyd protests, which triggered a cascade of vague handwringing from GOP lawmakers about so-called "left-wing violence."

On Thursday, the Florida House opened debate on H.B. 1, a bill that would strengthen penalties against rioters by designating misdemeanors as felonies. "We've proposed the strongest anti rioting, pro-law enforcement reforms in the nation," Florida Gov. Ron DeSantis said to lawmakers earlier this month. "We will not allow our cities to burn and violence to rule the streets, and we will not leave any doubt in the minds of those who wear the uniform that the state of Florida stands with you."

Opponents of the bill have railed against its overbroad definition of "riot," stressing that it would heighten the potential for police violence by expanding the circumstances in which the use of force is warranted. The Florida bill was preceded by a flurry of similar anti-protests bills introduced in state legislatures immediately after the Capitol riot, according to The Intercept. At the time of the report's publication, at least nine states were considering 14 anti-protest bills.

In Georgia, a bill currently under review increases penalties for anyone that commits a crime during a protest. A Kentucky bill would criminalize insulting a police officer.

In Missouri, the House Budget Committee voted along party lines to impede a bill that allowed the state to spend respectively $130 million and $1.6 billion in state and federal funds in order to bolster Medicaid, a move that would allow 230,000 uninsured low-income Missouri residents to get coverage. Although Missouri voters approved the measure on a ballot question last August with a 53% majority, Republicans have argued that the cost of expansion would be too high, even though the Affordable Care Act already covers 90 percent of the cost. Mississippi is pulling a similar stunt, as Salon reported last week. The Magnolia State's governor, Tate Reeves, signaled on Mar. 14 that he would not expand the state's Medicaid program, even though the move would make the state eligible for a 15% federal match in funding. As already noted, since the Affordable Care Act already covers 90% of the cost, the governor is effectively turning down a 105% match, or 5% credit.

Many states are also facing a severe curtailment of voting rights.

On Wednesday, Michigan Republicans filed 39 election reform bills with proposals that would, among other measures, require voters to request absentee ballots, prohibit online absentee voting, and bar clerks from providing prepaid return postage on absentee ballots. State Democrats have demurred the bills as both undemocratic and racist, as they would disproportionately affect low-income people of color.

Other states around the country are continuing to undermine federal public health guidance as the pandemic wanes. Ohio's state legislature, for example, voted on Wednesday to limit the ability of Gov. Mike DeWine, R, to issue public health orders. DeWine has argued that the move "jeopardizes the safety of every Ohioan" and "restrict local health departments' ability to move quickly to protect the public from the most serious emergencies Ohio could face."