The absolute best way to brown mushrooms, according to so many tests

How to produce crisp, mahogany-colored mushrooms swathed in butter 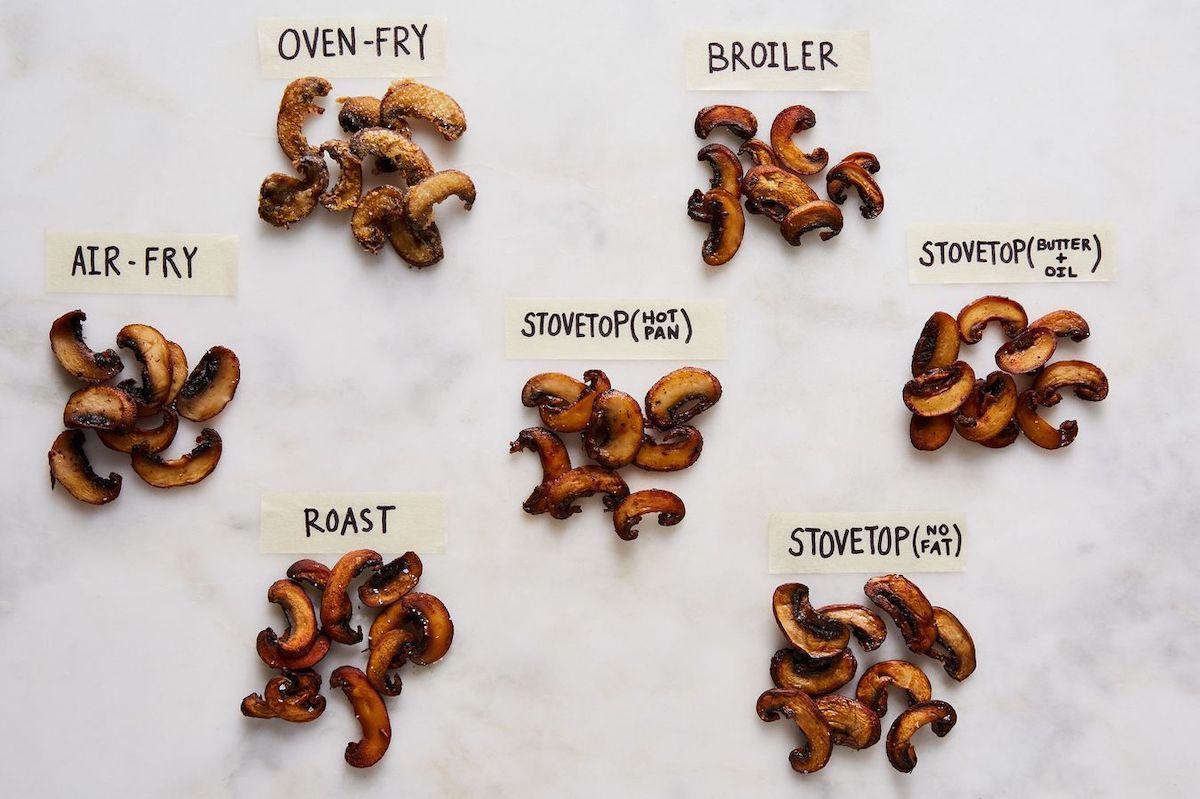 In Absolute Best Tests, Ella Quittner destroys the sanctity of her home kitchen in the name of the truth. She's boiled dozens of eggs, mashed a concerning number of potatoes, and roasted more broccoli than she cares to recall. Today, she tackles mushrooms.

On Sep. 19, 1991, Helmut and Erika Simon — two German tourists traversing the eastern ridge of the Fineilspitze peak in the Ötztal Alps — stumbled upon something unexpected: a dead man.

He was roughly five feet and three inches tall, and he had been completely frozen to the ground. The Simons assumed they'd discovered a fellow hiker who had met a tragic fate. It wasn't until Professor Konrad Spindler and a team of colleagues from Innsbruck University in Austria arrived by helicopter that the body could be aged: Ötzi, as the frozen man was dubbed, had been lying in the icy snow for some 5,300 years.

Alongside Ötzi, researchers found a copper ax, two baskets, a quiver of arrows, a longbow, several berries, and two mushrooms — making Ötzi's spoils one of the earliest documented incidences of edible mushrooms.

Other especially early accounts include a 13,000-year-old archaeological site in Chile, throughout which species of mushrooms were found among other comestibles, and records of mushrooms in China that date back to at least 200 to 300 BCE.

All of which is to say: Fungi have been making the rounds for a long time, both as medicine and as food. Today, we know of some 10,000 types of edible mushrooms, and at least that many ways to prepare them; a Google search for "how to cook mushrooms" returns a daunting 286 million results. (And that doesn't even include Ötzi's method, which was "raw, threaded through with a leather string.")

Enter browning, one subset of mushroom cookery narrow enough for head-to-head analysis. For this Absolute Best Tests shroom spotlight, I have tackled the best way to produce crisp, mahogany-colored mushrooms swathed in butter. Which, incidentally, is a phrase I whisper to myself each night as I'm falling asleep. Moving along . . .

For each trial, I used:

A note on salt timing: I pored over lots of conflicting advice online before deciding to season afterthe mushrooms were cooked, to avoid a liquidy pileup at the beginning that could inhibit browning. (The only exception was the Oven Fry method, wherein salt was included in the breading.)

Call me a crayon novice, but I didn't know burnt orange until I met these seared boys. They were easily the most beautiful, and the most flavorful — in fact, a few days after testing, my boyfriend lost most of his sense of taste (mild COVID!), and these shrooms were literally the only food in our home from which he could discern flavor. (Yes, we spent many hours testing other items! No, it did not make the time pass more quickly!)

The Stovetop (Hot Pan) mushrooms didn't lose a ton of volume while cooking, and the resulting texture read to the palate almost like bites of steak. The flavor was more woodsy than earthy, closer to cedar than it was to soil.

Adapted from The Kitchn.

These Stovetop (No Fat) mushrooms do get tossed with butter, eventually — but The Kitchn swears by a dry-pan method of searing, claiming that "the high heat browns the mushrooms while instantly driving off excess moisture." These mushrooms did initially get far crispier than some of the other batches, but with two main faults. One: They later became limp when doused in melted butter. (Note: I used more than called for in the recipe to be consistent with my trials, so this is on me.) And two: Any crispiness gains were at the expense of flavor. Cooking with no fat then tossing with melted butter at the end meant the fat's flavor was less developed than it could have been. Also, the mushrooms absorbed less of the butter since it was added off the heat, which meant the final product was a bit greasy. If I were trying this method again, I would brown the butter first to boost flavor development, and I would use less butter — a sentiment I truly never thought I would express.

These shrooms had the least shrinkage of all the shrooms, which is a new tongue twister I'm actively promoting. But also, good for them, retaining volume! The downside, of course, was an underdeveloped, less concentrated flavor. Another knock was that these Broiler mushrooms required continuous monitoring to catch them before they went from beautifully browed to blackened. But they were tender and had spots of char, so they'd be a good stand-in for grilled mushrooms during cold months.

I've been really trying to avoid using the word "mushroomy," but here's where I'll throw in the towel. These mushrooms were the most mushroomy of all the batches, with a strong, meaty flavor, and a middle-of-the-pack crispness. These had a more intense flavor than the Stovetop (Hot Pan)mushrooms, though they lacked some of the butteriness, as though the fat weren't quite as well absorbed. They also shrunk by only about a third.

I would love to say this method is incredibly easy, but that would omit the part of the narrative where I had to lug a borrowed air fryer 20 blocks. If you already own an air fryer, this method is incredibly easy! The resulting mushrooms shrunk by about half (shocking to behold!!!), and got a slight crisp going on their exteriors, with more internal chew than any other method. Notably, they had a super-concentrated flavor with the tiniest notes of sweetness.

I would eat an oven-fried shoe. I love this technique, which requires a few extra steps, but produces crusty, crunchy specimens that are halfway to a full meal (they'd make excellent taco subjects or salad toppers). I suspect that a similar breading and deep-frying would have worked wonders, too.

The Oven Fry mushrooms were actually not as visibly browned as some other batches, but because of their flour coating, they were quite crisp. Given the constraints of these trials, I seasoned the breading only with salt, but it's easy to see how the Oven Fry mushrooms could really shine with spices, grated cheese, panko, or almost any other flavorful or crispy addition to their shells.