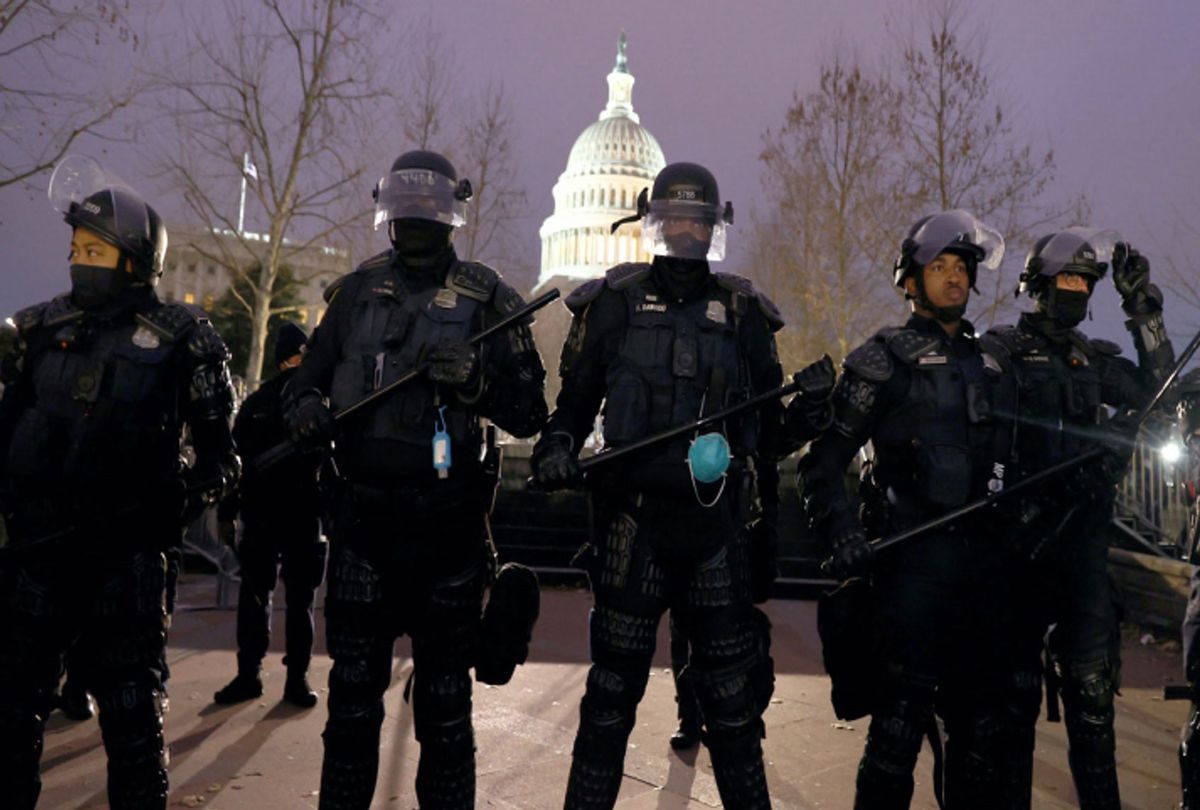 As a result of the Jan.6 insurrection, two U.S. Capitol Police officers say they suffered serious physical and emotional injuries and are now suing former President Donald Trump over his role in inciting the mob of his supporters who attacked officers during the storming of the U.S. Capitol Building.

Officers James Blassingame and Sidney Hemby filed the lawsuit on Tuesday arguing that Trump "inflamed, encouraged, incited, directed and aided and abetted" the insurrection. Both officers claim that they have suffered "physical and emotional injuries" as a result of the Capitol riots.

"[Blassingame] is haunted by the memory of being attacked, and of the sensory impacts -- the sights, sounds, smells and even tastes of the attack remain close to the surface," the complaint says. "He experiences guilt of being unable to help his colleagues who were simultaneously being attacked; and of surviving where other colleagues did not."

The document goes on to suggest Trump's rhetoric at the "Save America Rally" likely influenced rioters' actions. Just before the angry mob headed to the U.S. Capitol, the former president encouraged them to "fight like hell" to contest the election results.

Hemby and his fellow officers say they were chased up the steps of the Capitol's East Front and pressed against doors there as rioters broke through barriers, according to the complaint. He was "crushed against the doors" in an effort to stop the mob from getting inside the building.

"[T]hey struck him with their fists and whatever they had in their hands," the complaint states. "Things were being thrown at him, and he was sprayed with chemicals that irritated his eyes, skin and throat."

The officers, who both live in Maryland, are seeking compensatory damages of at least $75,000 apiece and punitive damages of an unspecified amount. The Justice Department has said dozens of police officers were hurt during the hours of violence and are pursuing criminal cases against many of the rioters. Capitol Police Officer Brian Sicknick was one of five people who died in connection to the attack.

The complaint comes after Trump was impeached (for the second time) on charges of incitement of insurrection and the lawsuit is the first to be brought against the former president by Capitol Police officers.