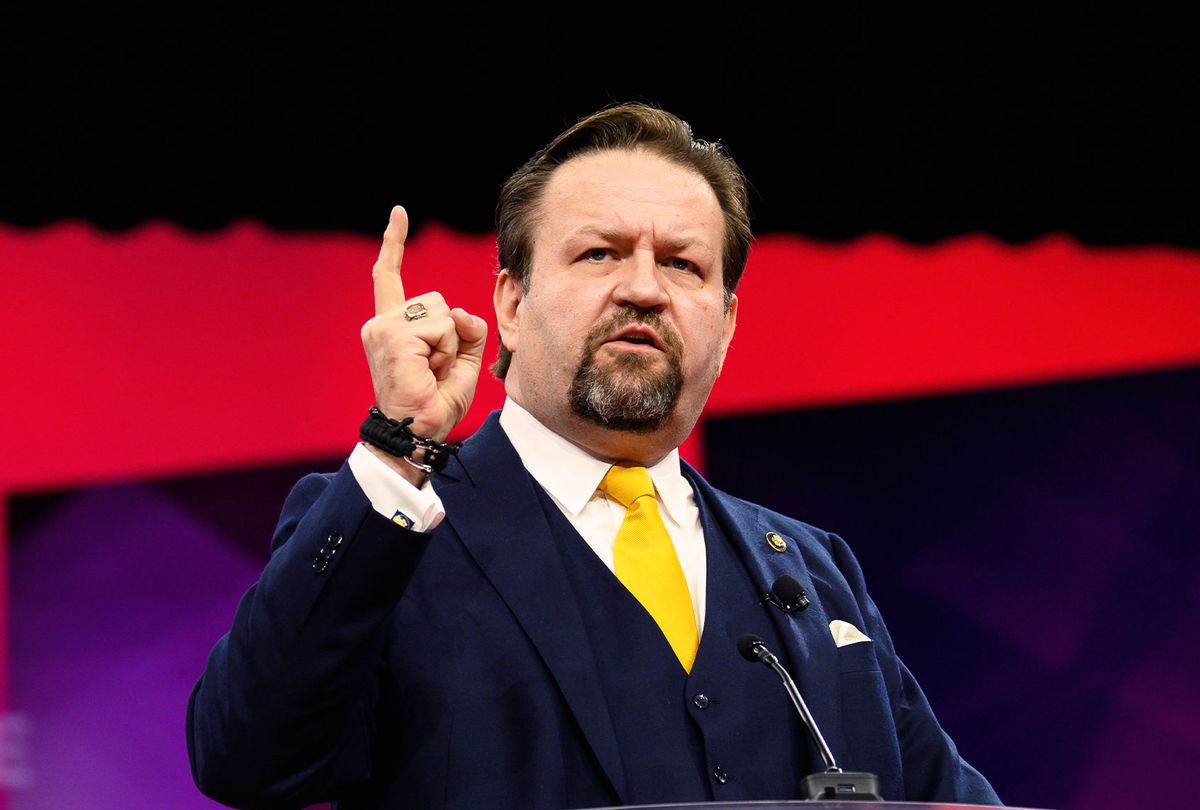 Sebastian Lukács Gorka, the infamous Nazi pin-wearing former Trump "deputy assistant for strategy" turned right-wing talk radio host who hawks fish-oil pills, was appointed to a post at the National Security Education Board by former President Donald Trump. That wasn't especially surprising. But it's difficult to explain why, after 60-plus days in power, the Joe Biden White House has yet to toss Gorka out or replace him, although it has clearly attempted to hose out Trump leftovers.

Gorka was appointed to the somewhat obscure board position by the former president in July of 2020, and according to both the board's web page and Gorka's LinkedIn profile, he remains at the institution.

Reached for comment by Salon, Gorka appeared disgruntled by this reporter inquiring whether he had been contacted about a potential dismissal, and whether he plans to leave his post voluntarily. This reporter and Gorka have crossed paths before in other contexts, while chronicling criticisms of Gorka's dubious credentials and scholarly work for Mediaite or covering Gorka's feud with conspiracy theorist Alex Jones at CPAC over being described as a "gay whale."

"SALON? Failed again? Loserboy," Gorka told Salon in an email on Wednesday afternoon. The former Trump adviser proceeded to tell Salon, "Don't bother answering. BLOCKED." It remains unclear whether the Biden White House plans to remove Gorka from his post, as the White House did not respond to Salon's requests for comment on the matter.

CNN reported on the question of Trump holdovers at the beginning of February:

Battle lines are forming across Washington as the Biden administration grapples with how to handle dozens of Trump loyalists the former President installed after the election. Over the past two weeks, the new administration has made an effort to remove a number of Trump appointees across various government agencies and boards. While some have gone quietly, others have not, raising questions about the legal authority President Joe Biden holds in removing his predecessor's appointees, and how successful he will be in rooting out people he doesn't want.

Gorka, who was born in London to Hungarian parents and spent his young adult years in Hungary after the fall of communism before moving to the U.S. in 2008, was among the most controversial characters of Trump's administration, thanks to his ties to far-right politics and his "laughable" 2.3L EcoBoost Mustang, which he has been known to park on sidewalks. "During the decade and a half Gorka spent in Hungary, he was enmeshed in a web of ultraright, anti-Semitic and even Nazi-like parties, politicians and media outlets," Rolling Stone has reported. Why Biden didn't have him chucked out by his second day in office remains a mystery.

Note: This story has been updated to clarify reporting on the criticisms of Gorka's credentials.

Zachary Petrizzo is a staff writer at Salon. He previously covered politics at Mediaite and The Daily Dot. Follow him on Twitter @ZTPetrizzo.