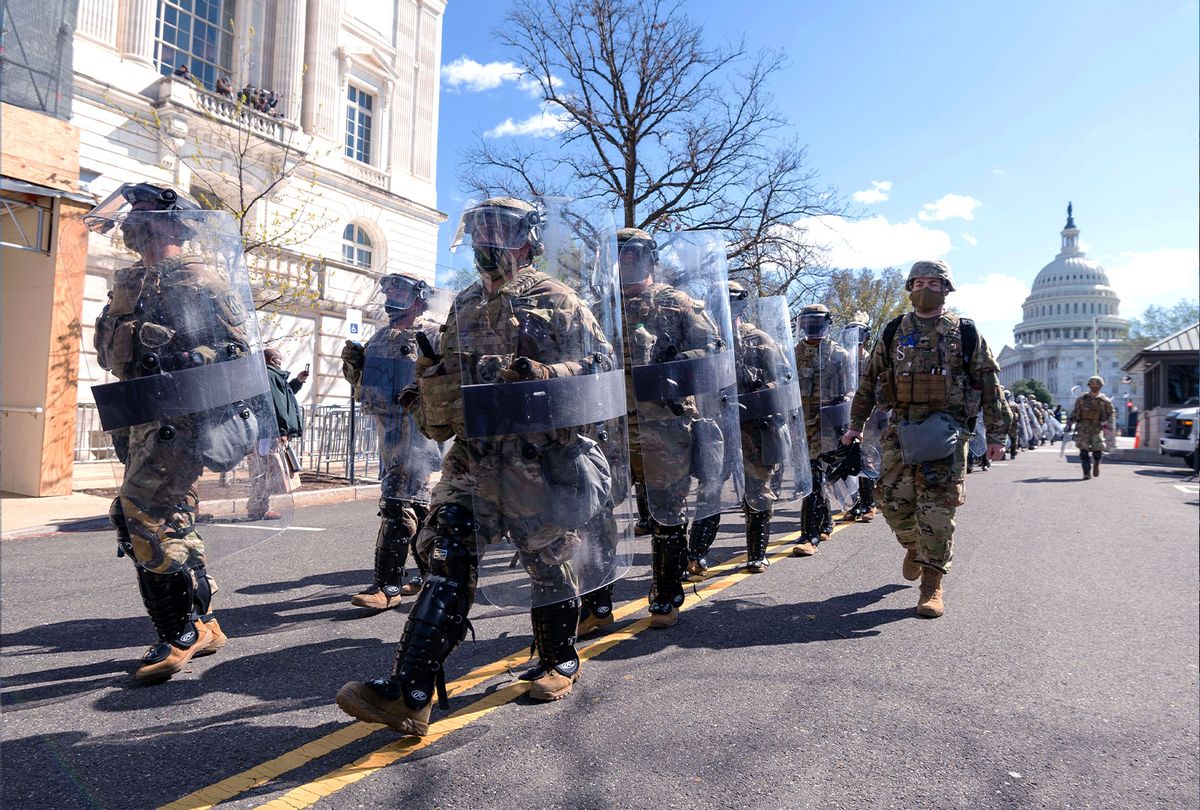 National Guard troops in riot gear leave the scene as Capitol Police investigate the scene after a vehicle drove into a security barrier near the U.S. Capitol building on Friday April 2, 2021. (Bill Clark/CQ-Roll Call, Inc via Getty Images)
--

The U.S. Capitol was placed under lockdown Friday after a person rammed their vehicle into a security barricade at the complex, killing one officer and injuring another.

After ramming the barricade, the driver reportedly exited the vehicle with a knife, stabbed one of the officers, and was shot by Capitol police.

During a press briefing, Acting U.S. Capitol Police Chief Yogananda Pittman officially announced the death of the suspect and one of the officers.

Speaking to MSNBC, and confirming some of the details of what took place, one Capitol Hill Police officer reportedly told the outlet: "We've been attacked."

Reporters at the Capitol Building posted footage of the scene in the wake of the incident, which unfolded at a security checkpoint that predated the fences that were erected around the complex following the January 6 insurrection by a mob of Trump supporters.

National Guard troops were also seen responding to the incident: