Why did Confederate flags start appearing in the country's anti-lockdown protests? 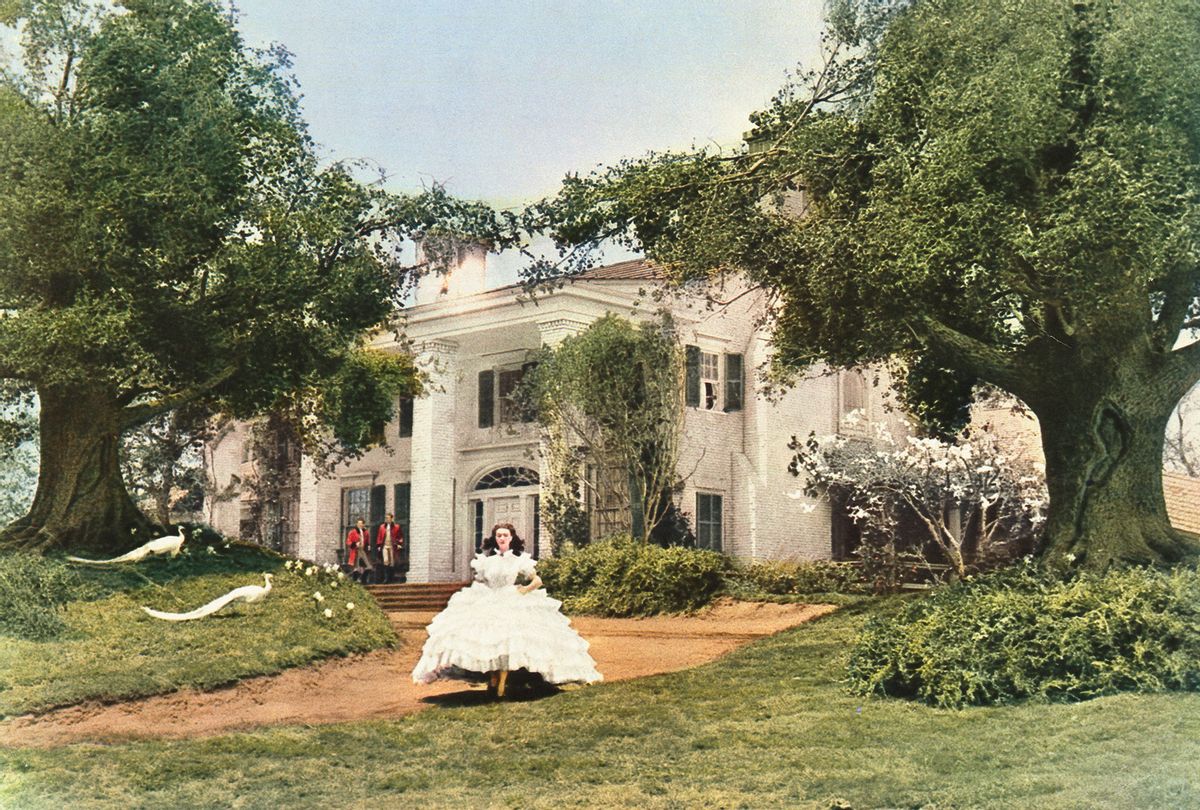 Swastikas may be banned in Berlin, but Confederate flags still fly.

Alongside MAGA hats and Trump 2020 banners, Reich flags and Brandenburg eagles, the American South's battle flag has been raised high during Germany's anti-lockdown demonstrations – the most recent of which took place in Dresden in early March.

It's appeared in the window of an apartment complex and in advertisements for an annual Christmas carnival. The flag has also reportedly been seen in Berlin's bars.

Perhaps its presence in Germany simply represents how the Confederate battle flag has become an international meme of the contemporary far right. The Stars and Bars could exist as just another image decontextualized and propagated through the internet's airless corridors like, say, Che Guevara. German Neo-Nazi websites do sell "Südstaaten" – or Southern – gear, along with Ansgar Aryan and Thor Steinar merch.

However, as a cultural historian writing on transnational fascism, I see the flag as part of a longer history of German nostalgia for the American antebellum South. Germans' identification with the region stretches back, paradoxically, to the very book that helped bring an end to that era of slavery: Harriet Beecher Stowe's "Uncle Tom's Cabin."

On the U3 Line of Berlin's mass transit system, there's a stop called Onkel Toms Hütte, or Uncle Tom's Cabin.

The stop bears the name of a neighborhood tavern and beer garden that stood for almost 100 years, from 1884 until 1978. German restaurants, inns and beer gardens bore the title of the anti-slavery polemic, which became a shorthand for a type of Southern comfort – evidence of the novel's complex, counterintuitive and, at times, disturbing reception.

When the novel was translated into German and published in 1852 – the same year as its American release – it was immensely popular. Though the melodrama about the cruelty of American slavery did much to stir German opinion against the practice, it also initiated a fascination with the seemingly simpler life of the slave depicted in Stowe's domestic scenes.

A cottage industry sprouted up around it: plays, musical scores, even European-set reimaginings in which slavery became an increasingly elastic concept.

The Berlin tavern, built in 1884, adopted the name Onkel Toms Hütte because its proprietor liked the novel. It was just one of many leisure establishments that drew on Stowe's novel to promise a "good ol' time." Heike Paul, a professor of American studies at FAU Erlängern-Nuremberg, characterizes this attitude as a "romanticization of slavery and a nostalgic, even remorseful view of its 'pastness.'"

This hazy romanticization was undergirded by racial prejudice, which found in Stowe's depiction of Tom as a "happy slave" a justification for racial hierarchy. Though "Uncle Tom's Cabin" was originally cultivating sympathy for Black slaves, by the early 20th century it was invoked by both German progressives and conservatives as proof of Black inferiority and as a justification for colonization. An introduction to a 1911 German edition of "Uncle Tom's Cabin" describes how "the Negroes are undeniably an inferior race, and, now that they have been freed, are widely perceived to be a plague in the United States."

Bettina Hofmann, a professor of American studies at Bergische Universität Wuppertal, argues that "Uncle Tom's Cabin" introduced racial terms to the German language that foreshadow the Nazi race categories. However, as she qualifies, "it would be an anachronism to accuse Stowe of having paved the way for Hitler's thoughts on race."

Still, it remains a dim possibility that "Uncle Tom's Cabin" had at least some influence. Stowe's novel was, after all, one of Hitler's self-proclaimed favorite books.

"The Lost Cause" in the Thousand-Year Reich

Despite a general ambivalence toward the U.S., Nazi Germany did sympathize with the antebellum South. The pubs inspired by "Uncle Tom's Cabin" fed – and fed off of – the desire for a simpler life that slaves were supposed to have enjoyed, and which Nazism, in its idea of "volksgemeinschaft," a people's community, also promised.

The South after the Civil War and Germany after World War I had suffered humiliating defeats, and each revised its identity and history in the face of those losses. As both had prided themselves on their military prowess, they sought to fashion narratives that would explain their losses without admitting their shortcomings. Recognizing the similarities, the German historian Wolfgang Schivelbusch brings them together in his 2000 book "The Culture of Defeat."

However, Schivelbusch emphasizes the differences in the stories they told. The South crafted the narrative of the "Lost Cause," in which the experience of defeat became a Christlike sacrifice.

Meanwhile, the Nazis trumpeted the "Dolchstoßlegend," the myth of the stab in the back. The German Army had been undefeated in the field, they claimed, but lost the war because of sabotage from within. This myth focused attention on internal enemies who needed to be eliminated.

But the "Lost Cause" nonetheless resonated in Nazi Germany. The success of Margaret Mitchell's 1936 novel "Gone with the Wind" and David O. Selznick's subsequent 1941 film adaptation points to a desire in Nazi Germany for the melodrama of sacrifice that Schivelbusch suggests the German narrative of defeat lacked. The sentimental novel went through 16 printings in Germany, selling nearly 300,000 copies. Adolf Hitler and Joseph Goebbels watched the film repeatedly, even as they eventually banned it for general viewership. Praising the film in his diary, Goebbels declared, "We will follow this example."

The onetime Nazi functionary Hermann Rauschning writes that Hitler felt the Confederacy had been the real America.

"Since the Civil War, in which the Southern States were conquered, against all historical logic and sound sense, the Americans have been in a condition of political and popular decay," he recalled Hitler telling him. Though perhaps apocryphal, Rauschning's memory of the Führer's words squares with Hitler's enthusiasm for "Gone with the Wind": "In that war, it was not the Southern States, but the American people themselves who were conquered."

Danger of Stars and Bars sentimentality

It is not only the self-declared far-right that flies the Confederate flag in Germany. Civil War reenactors do mock battle under its banner, an East Berlin country music scene gathers with it hung aloft, and even some enthusiasts of German author Karl May, who set his novels in the American West, wave it proudly. These groups insist their use of the flag "has no racist meaning." When pressed, they appeal to tradition.

Distrust of nostalgia has been a vital part of Germany's post-World War II national project of "working through the past." One would expect Germans, of all people, to be wary of such justifications.

For sale at an online German neo-Nazi merchandiser is an image of the Confederate flag bearing a "Totenkopf" – a skull and crossbones. It is an embellishment of the flag. And yet it reveals what has been there, hiding behind nostalgia, all along.