Candace Owens to Fox News host Maria Bartiromo: "Calling everybody a racist" is "getting pretty old" 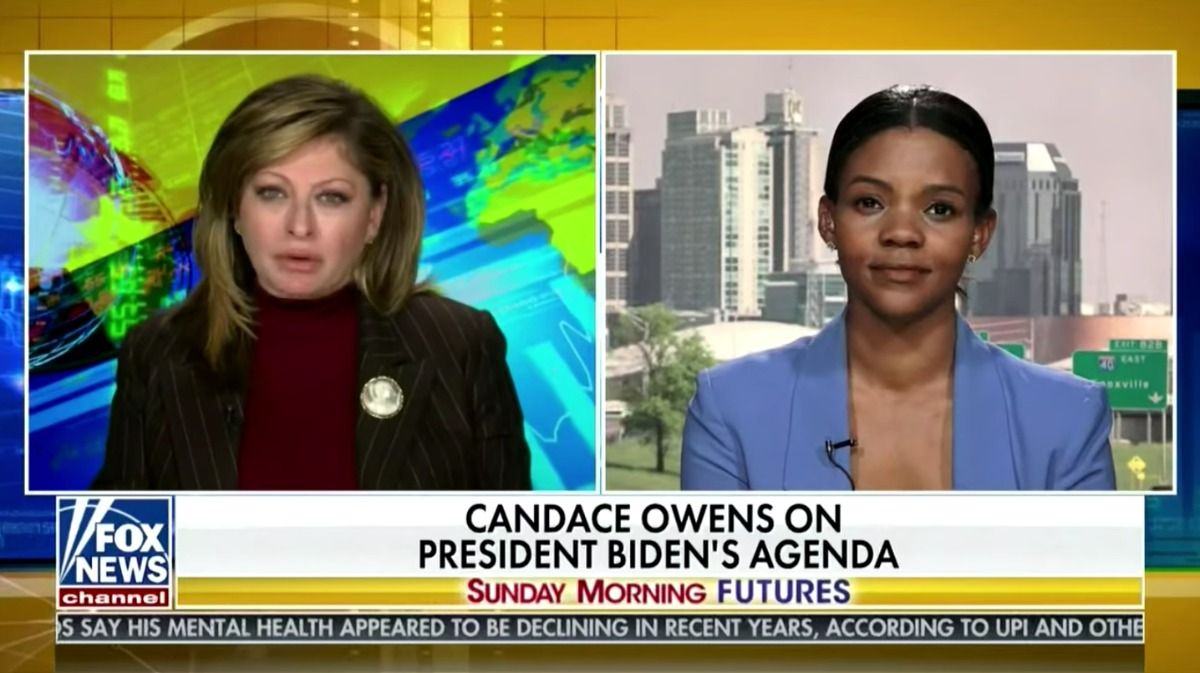 Conservative activist Candace Owens on Sunday argued that children should not be allowed to go to schools that teach how "not to be a racist."

During an appearance on Fox News, host Maria Bartiromo misleadingly praised former President Donald Trump for his "big showing" among Black voters in 2020.

For her part, Owens suggested that it is a win for Republicans if Latino men are lured into following QAnon.

"All of this makes sense to us [conservatives]," she opined. "Calling everybody a racist and a white supremacist, it's getting pretty old. You have to deliver, and you have to make their communities better, which Democrats are not doing."

Bartiromo then claimed schools are encouraging people who "identify as white" to "come to a meeting because we want to make sure you can thrive and strive not to be a racist."

"They're assuming every kid is a racist!" Bartiromo exclaimed.

Owens pointed out that former Fox News host Megyn Kelly had taken her kids out of school due to anti-racism curriculum.

"I truly believe that it's time for us to pull our kids out of school," she insisted. "And I know people say, 'Not all of us can afford to do that.' The country wasn't built on people having a lot of money when they were homeschooling."

According to the conservative activist, children are "learning how to hate white people" instead of science and mathematics.

"It's a Democrat [sic] long-term strategy, and it's finally coming into fruition," she explained.

"This has got to stop!" Bartiromo agreed before claiming that Democrats are "dividing" the country with H.R. 1, an election integrity bill.

"I'm so tired of Black Americans, Hispanic Americans being used to further the Democrat [sic] power and everything the Democrats want to do," Owens said. "They tell you it's going to help you, that it's to combat voter suppression. Well, votes are not being suppressed. This is what the left always does. They make it sound good, when in fact they're actually after the exact opposite. When I hear them saying that they're trying to combat voter suppression, I almost know — I always know that what they're actually after is suppressing votes themselves and making sure that they stay in power."