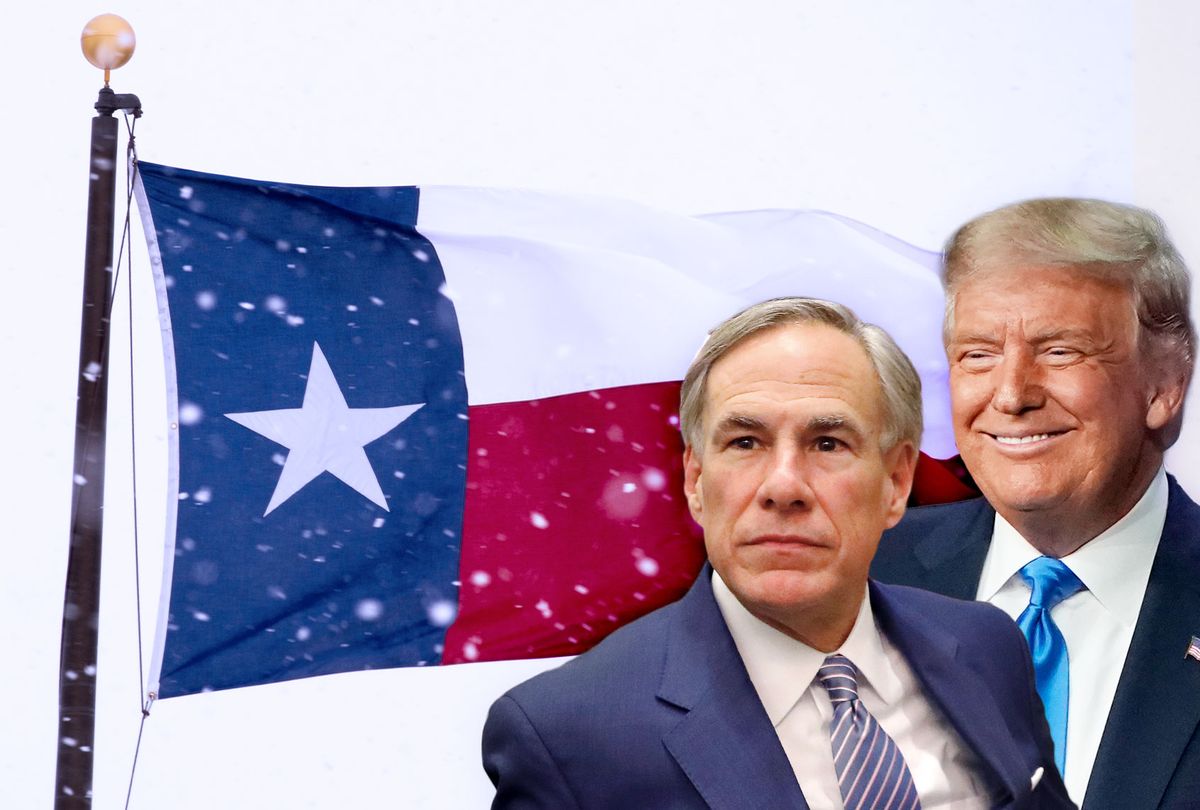 Gov. Greg Abbott on Monday announced he would not throw out the ceremonial first pitch at the Texas Rangers' home opening game and would boycott any other Major League Baseball events, citing the league's decision to pull its All-Star Game from Georgia in response to new voting restrictions there.

In a letter to a top Texas Rangers executive, Abbott said he had been "looking forward to" tossing out the first pitch "— until [MLB] adopted what has turned out to be a false narrative about the election law reforms in Georgia."

"It is shameful that America's pastime is not only being influenced by partisan political politics, but also perpetuating false political narratives," Abbott said, adding that he "will not participate in an event held by MLB, and the state will not seek to host the All-Star Game or any other MLB special events."

The MLB announced Friday it was moving the All-Star Game out of suburban Atlanta, saying the league "fundamentally supports voting rights for all Americans and opposes restrictions to the ballot box." Georgia Gov. Brian Kemp last month signed a new law that shrinks the window for voters to request absentee ballots, imposes new voter ID requirements and bans the handing out of water and food to people waiting in line to vote.

The national uproar over the Georgia law is coming as legislation advances in the Texas Legislature to further crack down on voting in Texas. Abbott and other state GOP leaders have championed those proposals, which last week prompted public opposition from corporate giants including American Airlines and Dell Technologies.

The movement against the Texas bills is not slowing down. On Monday afternoon, top Houston-area elected officials, including city Mayor Sylvester Turner and Harris County Judge Lina Hidalgo, are set to hold a news conference to blast the election bills. They are expected to be joined by local business leaders as well.

The Rangers' home opener was already drawing national attention before Abbott announced Monday he was shunning the first pitch. The Rangers' Globe Life Field in Arlington is the only MLB stadium opening at full capacity on opening day, a move made possible by Abbott's decision last month to lift most statewide coronavirus restrictions. President Joe Biden on Wednesday called it a "mistake" for the Rangers to open the stadium at 100% capacity.

In his letter to Neil Leibman, the Rangers' president of business operations and chief operating officer, Abbott said his decision to skip the first pitch "does not diminish the deep respect I have for the Texas Rangers baseball organization."

"I wish the team great success this season," Abbott said.

Disclosure: Dell has been a financial supporter of The Texas Tribune, a nonprofit, nonpartisan news organization that is funded in part by donations from members, foundations and corporate sponsors. Financial supporters play no role in the Tribune's journalism. Find a complete list of them here.