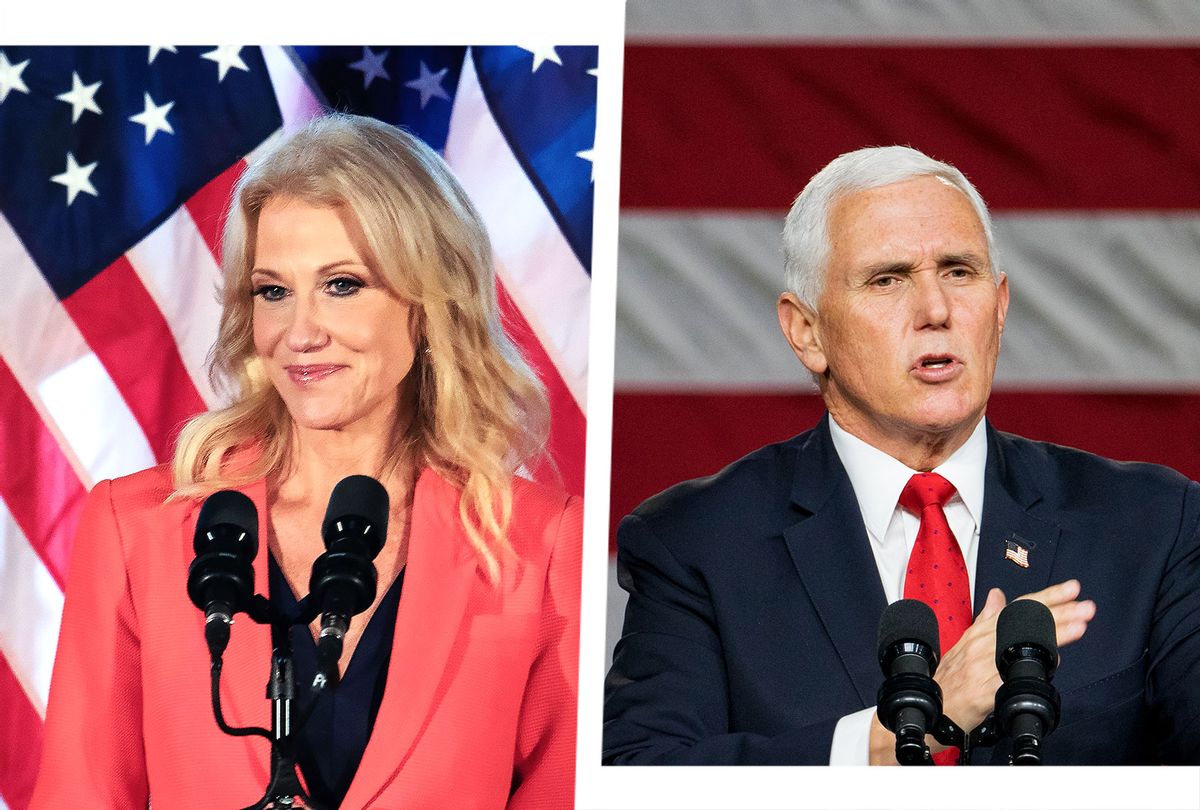 Mike Pence announced on Wednesday that he is launching a new political advocacy group, signaling plans for a potential presidential bid in 2024 after the former vice president briefly stepped out of the public eye following his evacuation from the U.S. Capitol on Jan. 6 when insurgents seeking to keep Donald Trump illegally in the White House threatened Pence's life.

The group, dubbed "Advancing American Freedom," says it seeks to advance Trump-era policies and oppose the Biden administration's agenda. "Advancing American Freedom plans to build on the success of the last four years by promoting traditional Conservative values and promoting the successful policies of the Trump Administration," Pence said in a statement. "Conservatives will not stand idly by as the radical Left and the new administration attempt to threaten America's standing as the greatest Nation in the world with their destructive policies."

The group's board consists of several Trump acolytes whose past policy-making reflects its mission. Among them are Kellyanne Conway, Larry Kudlow, Russ Vought, Seema Verma, Andrew Wheeler, Robert Lighthizer and David Bernhardt.

At the fore of the group's focus are three areas of policy: the economy, foreign policy, and so-called "American liberties" (which covers anti-abortion, school choice, and other issues). According to a senior aide, Pence is likely to place emphasis on Biden's immigration policies as well as the President's plan to raise corporate taxes in order to fund his proposed $2 trillion infrastructure spending bill.

Pence's advocacy group is the latest indication of his interest in re-entering the political sphere.

Since leaving office, Pence joined The Heritage Foundation ––  a conservative think tank –– as a visiting fellow. The former vice president also teamed up with former Wisconsin Gov. Scott Walker to serve as a scholar on the Republican's Young America's Foundation, a conservative youth organization designed to "ensur[e] that increasing numbers of young Americans understand and are inspired by the ideas of individual freedom, a strong national defense, free enterprise, and traditional values."

On Wednesday, Trump offered faint praise for the Advancing American Freedom's mission statement, telling the Washington Examiner: "Nice to see Mike highlighting some of our many achievements!"

The statement reflects a slight departure from the residual acrimony between Pence and Trump following Pence's unwillingness to challenge the results of the Electoral College at the former President's behest earlier in the year. As Salon reported in January, the former vice president did not in fact have the Constitutional authority to challenge the Electoral College to begin with.

According to the Washington Examiner, aides dismissed the idea that Pence's new 501(c)(4) is a vehicle with which to propel his presidential bid for 2024, instead stressing that it merely hopes to build a policy agenda and support Republican candidates in the midterms. Many Pence allies see the former vice president as Trump's natural heir, according to the Chicago Tribune. Some speculate that his moderate temperament, as well as his support from Trump, might allow him to thread the needle between voters who left the Republican Party and voters who stayed.

"Obviously Mike Pence has a very different persona, a very different tone. That probably is an understatement," said former Wisconsin Gov. Scott Walker.. "As long as he can still talk about the things that Trump voters care about, but do so in a way that's more reflective of kind of a Midwesterner, that I think ... would be attractive to those voters."