U.S. retailers have a long way to go to phase out hazardous chemicals from their products and packaging. 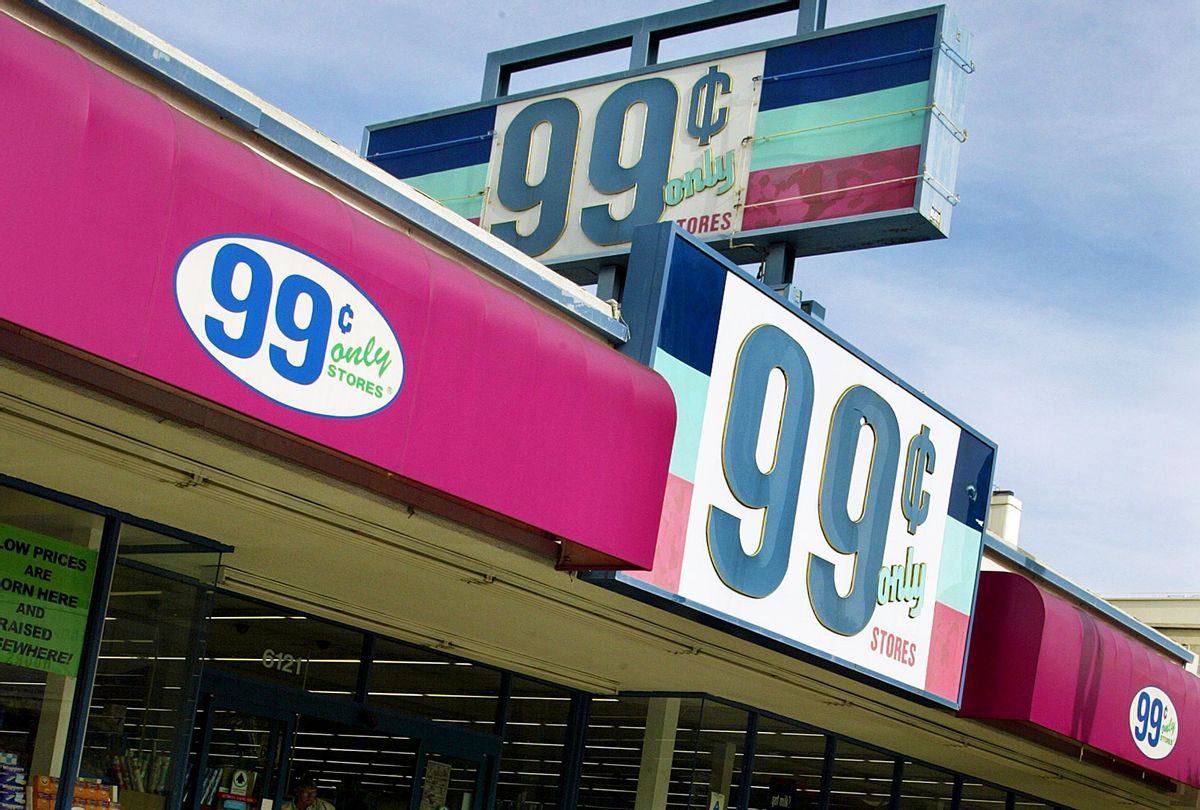 While major U.S. retailers have taken steps to phase hazardous chemicals and plastics out of their products in recent years, many still have not committed to the steps that environmental justice advocates say are necessary to protect consumers — and low-income shoppers in communities of color are most vulnerable of all.

Some discount stores in particular have failed to take basic actions to protect consumer health, according to a new report entitled "Who's Minding the Store? A Report Card on Retailer Actions to Eliminate Toxic Chemicals." The findings, which have been disseminated annually for the past five years, were released last week. For the third year in a row, the California-based 99 Cents Only Stores received a failing grade, while other discount retailers such as Dollar Tree and Dollar General improved their below-average standing. While the discount sector was considered the "most improved" retail sector overall, many stores are still failing to move aggressively to protect consumers.

"In many of our communities, we are already overburdened by multiple exposures to toxics, be it the production of toxic chemicals, or the refining of fossil fuels that are made into chemicals that are put in products and then come back into the waste stream into our communities as well," said José Bravo, a contributor to the report who is also the national coordinator for the Campaign for Healthier Solutions, which co-published the report along with the Mind the Store campaign. Both initiatives were launched to advocate that retailers phase out chemicals like Bisphenol A, phthalates, and the so-called "forever chemicals" known as PFAs from their products and packaging. Since their first report card, they have found that almost 70 percent of companies surveyed have improved their chemical safety programs. This year, fifty retailers representing over 200,000 North American stores were surveyed.

Many discount retail stores, known as dollar stores, are located in predominantly low-income areas and communities of color where residents are disproportionately exposed to chemical hazards because of their proximity to hazardous industrial facilities that produce toxic chemicals. These chemicals are in turn used to create household products like laundry detergent, which are then sold back to these same communities by discount retailers. In some communities, dollar stores are the only source for household essentials such as food and cleaning products. In 2015, the Campaign for Healthier Solutions found that these stores' products contain toxic chemicals that can cause cancer, birth defects, and other health and developmental issues.

"During this COVID year, dollar stores have made banner profits," said Bravo. "They should be doing much, much more."

In Southwestern Louisiana, Christine Bennett and her husband Delma Bennett have for decades battled the chemical industry's intrusion into their once bucolic village of Mossville, an unincorporated hamlet founded by former slaves near Lake Charles. The toxic pollution from sources like petroleum refineries and vinyl chloride manufacturers has driven out many of Mossville's longtime residents — including the Bennetts, who moved to Lake Charles to protect Christine's failing health. However, the couple kept their house and lawn service business in the hamlet, and they've continued to raise awareness about the dangers of the chemicals polluting the environment and its residents through the organization Concerned Citizens of Mossville.

Two years ago, Christine and her granddaughter protested with posters in front of a dollar store in Lake Charles to help inform consumers about the dangers in products containing toxic chemicals, as well as the pollution created by more than a dozen industrial facilities that surround Mossville. But the Bennetts made little headway, according to Delma, because many residents simply can't afford to shop elsewhere. "Nobody paid attention," said Delma, 77. "The general public is not aware. They are not aware of the danger that we're under."

Christine recalled taking a tour of one of the chemical plants as a teenager and learning how toxic chemicals are used to make soap and laundry detergent. When it comes to convincing others of the harmful consequences of producing toxic chemicals and failing to remove them from existing products, she recognizes it's an uphill battle.

Most recently, the chemical giant Sasol has been in the process of expanding its petrochemical plant in Mossville, in part through the construction of a massive natural gas processing facility known as an ethane cracker. To do so, the company has offered buyouts to the remaining Mossville residents. While the Bennetts said they'll likely take the buyout, they want to ensure that they and others are "made whole" and receive the type of compensation that will allow them to relocate to a healthy environment. They long for what Mossville was like in its early farming days, when people grew vegetables in their gardens, raised livestock, and drank clean water from wells they dug themselves. The hamlet was once filled with the sound of crickets and owls, Christine said, and lightning bugs were so plentiful that she could easily capture them in her hands. That changed as the factories proliferated.

"It's like we're in a desert in Mossville now," said Christine. "We have no oxygen to breathe but the bad air."

Creating policies that address the entire life cycle of chemical products is a priority for environmental justice advocates; Bravo calls it a "cradle-to-cradle" approach. So while applauding the steps taken by retailers to improve their practices — 64 percent reported notable progress in their chemical use or policies since 2019 — last week's report found that others failed to demonstrate "meaningful progress." For example, while some discount retailers have taken steps to identify toxic chemicals and create plans to replace them with safer alternatives, the report found that the 99 Cents Only Stores company "has done nothing."

"We cannot stand by knowing that stores in our neighborhoods are selling products that are dangerous to our families," Elizabeth Martinez, a community organizer with Lideres Campesinas, a California-based network of women farmworker leaders, said in a statement. "We will continue to hold these retail chains publicly accountable until we know that the products in these stores are safe."

The Campaign for Healthier Solutions said that although 99 Cents Only Stores met with members of the initiative and committed to further discussions, the discount retailer did not follow through. Last week the campaign urged the company to develop a safer chemicals policy, set goals with clear timelines for reducing and eliminating chemicals of high concern, and eliminate toxic additives in food packaging, as well as chemicals in food and food contact materials in its supply chain. According to the retailer's website, it operates 391 stores across four states in the Western U.S.

Representatives from 99 Cents Only Stores did not respond to a request for comment in time for publication.

The Campaign for Healthier Solutions analyzed products sold in dollar stores across the country in 2015 and found that 81 percent of more than 150 products tested contained at least one hazardous chemical at concerning levels. Some of the chemical ingredients in these products have included toxic metals such as lead, which has irreversible effects on a child's developing brain and can lead to cognitive deficits, behavioral issues, and educational delays. The tests also found phthalates, which have been linked to cancer, birth defects, learning disabilities, reduced fertility, and other health issues.