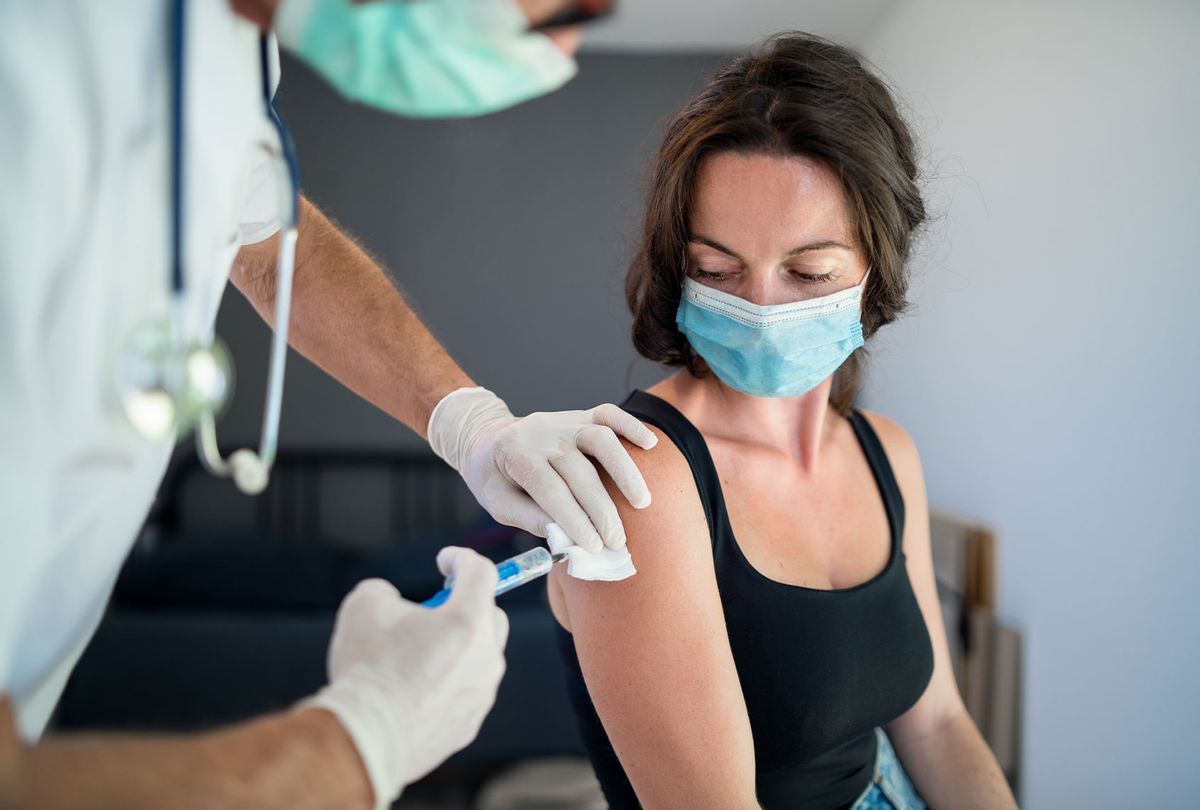 When Dr. Katharine Lee got her COVID-19 vaccine, she noticed her next period was a little "different."

Lee, a postdoctoral scholar in the public health sciences division at Washington University in St. Louis, was curious if anyone else experienced an irregular period after getting inoculated. She reached out to a few friends and colleagues, some of whom had also noticed something was a little off, too.

It turned out she wasn't alone: many said they'd had the same experience. So why wasn't this being reported as a side effect?

Curious, Lee then reached out to Dr. Kate Clancy, an associate professor of anthropology at the University of Illinois. As an anthropologist who studies human reproductive ecology, which includes the study of the effects of environmental stressors on menstrual cycles, Lee wondered if Clancy had heard about irregular menstrual cycles after getting the vaccine; and, if so, if she had any thoughts on why it might be happening.

Together, the two of them launched a survey, which as of April 15 has amassed 22,000 responses — a number that Clancy described as "bananas," and hints at the importance of the topic to people who menstruate. A popular Twitter thread started by Clancy inspired responses that confirmed that the topic was under-studied.

"So many people felt very alone in this experience because it wasn't on the list of possible side effects," Lee said. "They thought something was wrong with them, that something more severe could be wrong, and for a number of folks who did try to report it to somebody they were dismissed."

While Lee and Clancy have yet to analyze the results, they have noticed a couple of trends.

"People who have historically menstruated, but are not menstruating now because they are, for instance, trans on gender-affirming hormones, on long-acting reversible contraception, or are postmenopausal — we are hearing from all three of those groups that some number of them have experienced bleeding when they had not for a very long period of time," Clancy said. Clancy added that this wasn't a universal experience, but that many had reported it. Among "people who expected to menstruate," Clancy said they received three different common responses: "no change," "absent or late," and "heavy and early."

The duo has yet to properly analyze the data in order to make any associations, they clarify.

According to the U.S. Food and Drug Administration documents that listed potential side effects for both the Moderna and Pfizer-BioNTech COVID-19 vaccines, having a potential irregular period isn't included — suggesting that this data wasn't either explicitly collected or reported during the clinical trials.

Kathryn Schubert, President and CEO of the Society for Women's Health Research, told Salon she thinks questions about a woman's menstrual cycle should "absolutely" be incorporated and an expected standard in clinical trials that include women.

"Anytime you're including women in a clinical trial or a study design, it needs to be a part of the thinking," Schubert said. "Standard questions are more along the lines of, 'If you're a person of reproductive age, are you on birth control?' or 'Could you be pregnant?'"

"I think a lot of the concern surrounding the reproductive side of things is whether there's going to be an issue in terms of harm to a fetus or potentially an unintended pregnancy and what that means for you when you're in a clinical trial," Schubert added.

Schubert noted that it wasn't until the 1990s that women were even allowed to be included in clinical trials.

"Which was not that long ago, and so we're still making up that ground," Schubert said. The logic at the time was that it was a "risk" to include women of reproductive age, or "difficult" to account for hormonal change in studies. "Well, the reality is women have hormonal changes and we need to incorporate that in from the beginning," she added.

Indeed, it's not just monitoring menstrual cycles that were missed in clinical trials — pregnant people were excluded from the initial clinical vaccine trials, too. Pregnant women have an increased risk of complications and developing severe COVID-19.

Experts said based on previous trials of the mRNA vaccine technology, the vaccine is safe for pregnant people. Since the beginning of this year, clinical trials to observe the safety and how well the COVID-19 vaccines work in pregnant people are either underway or being planned. Yet the issue as a whole speaks to the need for clinical trials that consider categories beyond gender, race and ethnicity.

"The NIH [The National Institutes of Health] now has these rules about inclusion of different types of participants around gender, race, et cetera," Clancy said. "However, it's not enough to include them if you don't consider their particular community needs, or their particular differences that make their inclusion necessary."

Based on what scientists do know about some vaccines and menstrual cycles, Clancy said reports of irregular periods could be due to a change in platelets coinciding with a normally occurring "bleeding event" like menstruation. Sometimes, Clancy added, a typical immune response is an inflammatory one. The uterus and ovaries are a site where tissue remodeling happens, which requires inflammation to work. It's a complicated biological process that can be thrown off if too much is happening at the same time — but the lack of research yields a lack of definitive answers for now. And its consequences are impacting everyday life for people who menstruate.