The 11 best cream cheese substitutes for cooking and baking 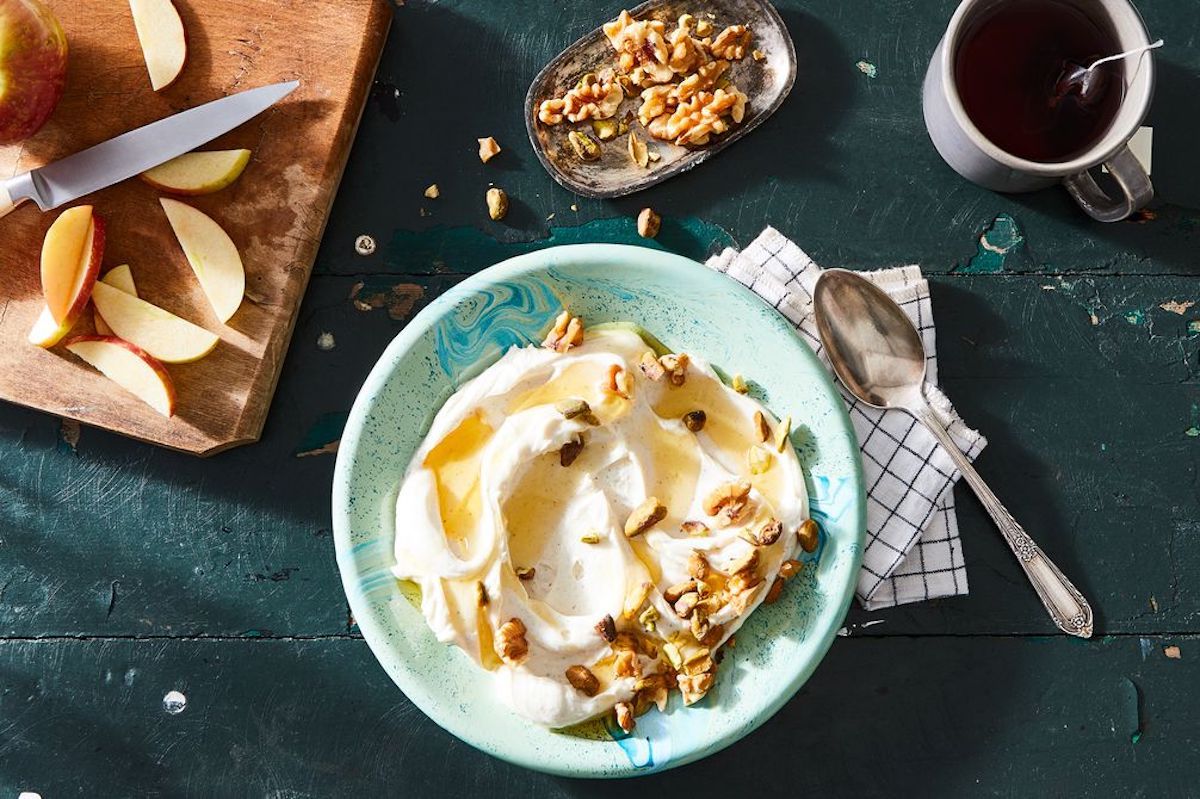 Cream cheese adds an all too familiar thick, creamy, rich tang to the cut sides of bagels, in between layers of carrot cake, in bowls of flavorful party dips, and more. But what if you're halfway into a recipe only to realize that someone used your cream cheese to slather on their cinnamon raisin bread this morning, leaving you several tablespoons short?

While it's hard to replicate the exact flavor and texture of cream cheese (especially all at once), there are some good substitutes available. Some can be used as is with pleasing results, and others need a few tweaks; some will work well as a spread or in dips, while others can handle more involved applications, like frostings and baked goods. In general, proceed with caution when making full-blown baked cheesecakes and other cream-cheese-heavy baking projects with anything other than full-fat, real-deal cream cheese.

If you don't have the time or determination to make your own cream cheese, use one of these substitutes instead.

A common swap for cream cheese is mascarpone, and for good reason — it's somehow even richer and creamier, and might have you asking why you haven't long been slathering mascarpone on everything in sight. It's commonly used in Italian desserts like tiramisu, but it'll also feel at home spread on toasted bread or in a sweet frosting. It's not quite as salty or tangy, so feel free to add a sprinkle of salt and a squeeze or two of fresh lemon juice to taste.

Mascarpone will work in most dessert applications, like frostings and no-bake cheesecakes, as well in fillings, most dips, and as a spread.

If it's the tang you're after, look no further than yogurt. Greek yogurt is best, and whole milk is even better. Still, you'll probably want to strain it using cheesecloth to reach that ultra-thick, spreadable consistency — effectively turning the yogurt into hung curd cheese. Once it's as thick as you like, add a little salt and whip it until creamy using a whisk.

Strained yogurt will do for tangy dips and spreads, and can even be used to make a healthier than average frosting. If the tang is too much for your taste, you can mix it together with mascarpone or drained, whipped ricotta (more on that in a moment) to get the ideal blend of creaminess and tanginess.

Regular ricotta lacks the decadence and thickness of cream cheese, but with a little finesse, you've got a decent substitute on your hands. Opt for whole-milk ricotta, and if it's a bit watery, strain it until it has reached a sturdy thickness. Dump it in a food processor with a little lemon juice and whip until creamy. If needed, add a little cream.

Doctored-up ricotta cheese works very well as a spread, in some dips, as a filling, and may even produce passable results in some desserts.

The simplest and best all-around stand-in for cream cheese is Neufchâtel cheese. The French, often heart-shaped soft cheese has a light bloom on its rind, similar to Brie. In the U.S. it can often be found in its mass-market form—bricks packaged in paper boxes — next to the regular cream cheese. In this style, it's really just cream cheese with a slightly lower fat content. It's a little less rich, but overall tastes and performs the same.

Use Neufchâtel cheese as you would cream cheese: on bagels, in cheese balls, and in desserts — even cheesecakes. You may have some minor issues like cracking due to the lower fat content, but swapping the cheeses will produce a similar result.

The world of vegan cheese is expansive, and chances are there are plenty of good options for dairy-free cream cheeses in your local supermarket. Kite Hill makes especially tasty spreads that are certainly good for slathering on bread products and crackers, as well as making savory cold or warm dishes.

Note that vegan products like this can often be used to make baked treats like cheesecake, but you can't simply swap them out one to one. Look for a recipe that uses your chosen product for the best results. You can also make your own nut spread using cashews and a powerful blender.

Cottage cheese may not look much like cream cheese, but with a little love it can be turned into something cream-cheese-adjacent and pretty delicious. Go for whole-milk cheese, add a little fresh lemon for flavor, and purée until smooth and thick. If the mixture isn't as thick as you'd like, you can strain it in cheesecloth until you reach your desired texture. You can also use dry curd cottage cheese, adding cream as needed so that the mixture will blend.

Use the now-creamy cottage cheese for light applications, like dips. The mixture will contain less fat, since cottage cheese is made using milk instead of cream, meaning it will lack the body necessary for things like cheesecake.

Easily made at home using milk or even kefir, farmer's cheese is a crumbly, creamy, fresh cheese that can stand in for cream cheese with a small adjustment. Blend the cheese up with just enough heavy cream to make a thick mixture. If your farmer's cheese isn't particularly tangy, add some lemon.

This substitute is great for fillings and can be used as a spread. It has the same restrictions as cottage cheese — since it is lower in fat, it won't work quite the same when baking or when the richness of cream cheese is needed.

While you're never going to get quite the same flavor, you can get close to the texture using puréed silken tofu. Add salt and lemon as needed for the necessary tang. Tofu frequently stands in for cream cheese in vegan cheesecake recipes, and that's because it can lend much-needed structure and creaminess without the need for dairy or eggs.

Don't swap this one all willy-nilly — look for recipes like this vegan cheesecake that use tofu in the first place. Blended tofu can also be used in dips and, when some flavorful ingredients are added, as a spread. A popular prepared tofu spread is Tofutti, available in most grocery stores.

If you don't want to lose the tanginess of cream cheese — in fact, you want to lean into it — try swapping for fresh goat cheese or chèvre. It's a little crumblier than cream cheese, so you may want to add a little cream. Let the cheese come to room temperature and mix in just enough cream to reach the right texture.

Goat cheese is an especially good substitute in dips and fillings, but keep in mind that it has a stronger, more assertive flavor. For this reason, it's not always a good swap for sweet recipes.

Best known by the popular brand name Boursin, this French cream cheese is sold in several flavors. While you can't use this substitute for everything, it's an easy and very effective swap for cream cheese when making a savory dip or spread.

Spread it on an everything bagel or crackers for a punchy, flavorful alternative. Keep in mind that the cheese is already flavored, so you may want to omit some seasoning from your recipe.

If you happen to have French Gervais cheese sitting around and no cream cheese, then you have nothing to worry about. Use the spreadable substitute on bread or bagels, in fillings and frosting where you don't mind a slightly stronger flavor, or use it to make a mean cheese ball.