You're only 3 ingredients from fudgy buckwheat brownies

Buckwheat flour has a slightly bitter, very nutty, incredibly confident flavor, which balances all the sweetness 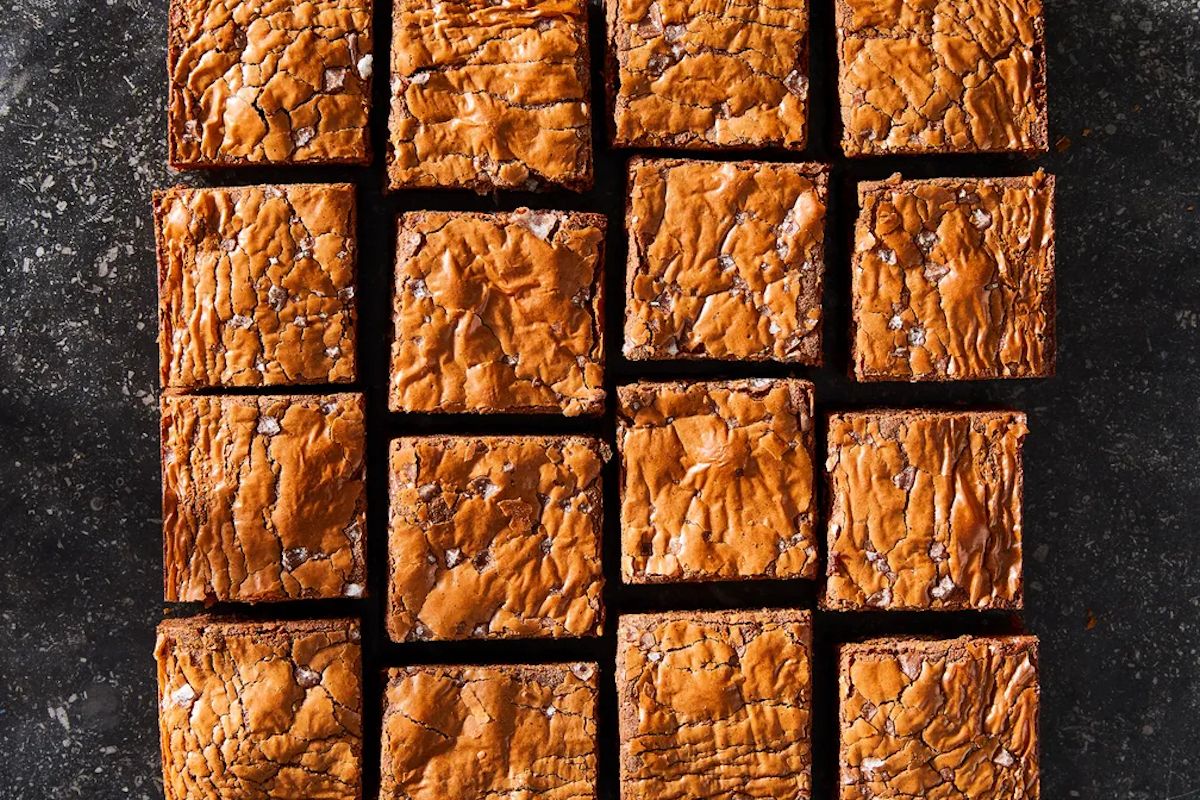 One of the earliest brownie recipes dates back to 1896 and curiously, even disconcertingly, includes no chocolate — just butter, sugar, molasses, egg, flour, and pecan "meat," as Fannie Farmer described it in her "Boston Cooking School Cook Book."

This Big Little Recipe doesn't skip the chocolate — I have my limits — but it does skip most of the other ingredients you'd expect from a modern brownie.

This is all thanks to a three-ingredient template you might have seen bopping around the interwebs: chocolate-hazelnut spread (such as Nutella), eggs, and flour. The spread adds chocolatey goodness, yes. But it also adds sugar and fat, which just about every brownie recipe needs, even Fannie's. The eggs serve up richness and structure. And the flour, more structure.

So what if the flour contributed flavor, too? Why not?

While the usual all-purpose is as nondescript as an ingredient gets, there's a slew of other picks, like whole-wheat and corn and teff, that are happy to speak up, ask for your attention, and not take "no" for an answer. In this case, we're turning to buckwheat.

A pseudo grain or pseudocereal, buckwheat is something of a misnomer, not related to wheat in the slightest. Instead, it hails from a plant that shares ties with rhubarb and sorrel. Unlike these cousins though, buckwheat is eager to be ground into a flour.

Gray and mottled, like a marble countertop or fuzzy kitten, this flour is one of my favorite ingredients for cooking and baking. And indeed, it's a cherished staple around the world, from French crêpes to Russian blini to Japanese soba.

No matter the recipe, if buckwheat is involved, you know it at first bite. I could try to describe its brash flavor but, in her cookbook "Mother Grains," Roxana Jullapat puts it better than I ever could: "deeply earthy, like a garden after the rain, and nutty, like toasted sesame seeds, with subtle aromatic notes of green tea and rose."

This sort of complexity not only brings out the butteriness of the chocolate and the toastiness of the hazelnuts. It also keeps the cloying, candy-like sugariness of Nutella in check — yielding a brownie that's sweet but not too sweet (especially if you're up for the optional sprinkle of flaky salt).

What's more? Because buckwheat is naturally gluten-free, it lacks structure that you'd often seek out in a cake or bread. In a brownie, this absence of structure is just what we want, careening us toward something supremely squidgy.

Top with a melting scoop of coffee ice cream if you know what's good for you.