Wall Street’s greenwashing is a renewed threat to the planet

In a particular Orwellian moment, big banks loaned money to an oil giant under the guise of a "sustainability loan" 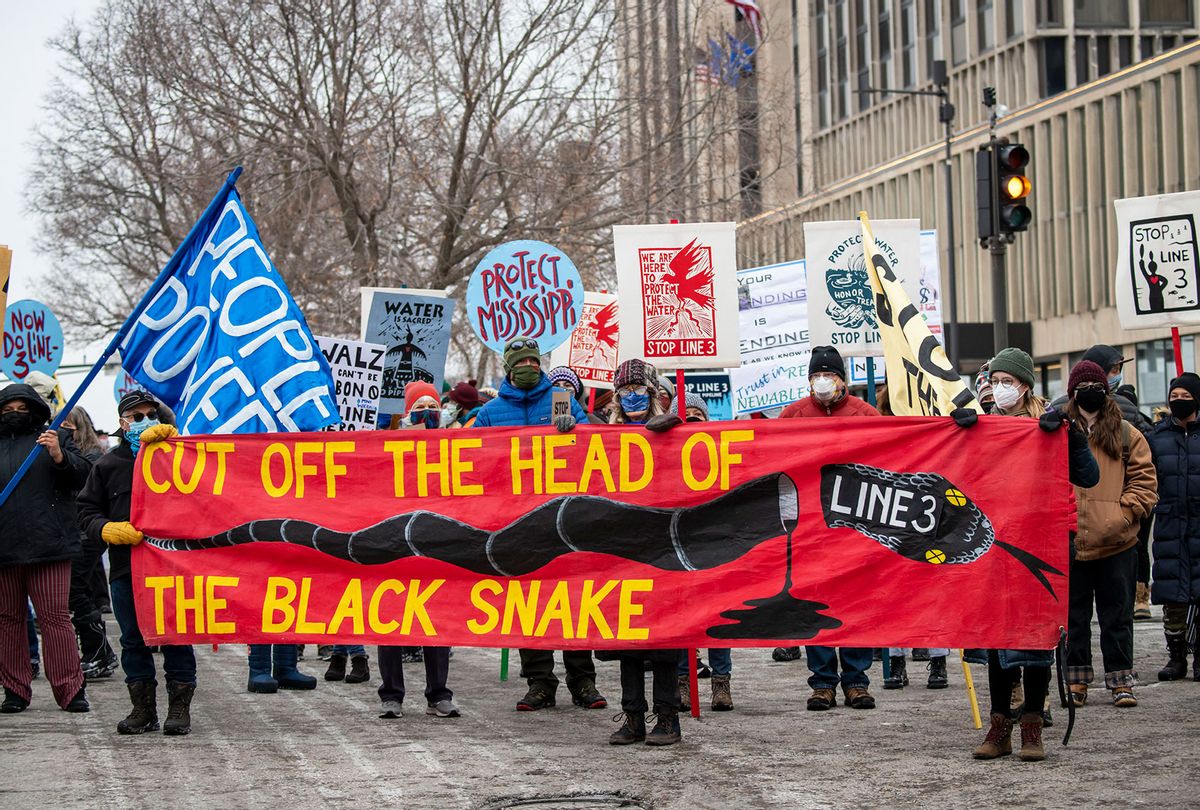 Fourteen months ago, Larry Fink, the CEO of BlackRock, the world's largest money manager, wrote a letter warning that climate change was on the verge of "fundamentally reshaping" the financial sector. The crux of his message was that the finance sector would have an effect on preventing climate change, if only it changed who and what it invested in.

His words proved somewhat prophetic. Last month, Wells Fargo rounded out the list of Wall Street giants that have since committed to align their business model with the Paris Agreement, an international environmental accord.

This should please everyone concerned about climate change.  Yet there is a danger that the financial sector now gets credit for acting on climate, when, in fact, it hasn't even begun to do what is necessary.

Yes, nearly all of the country's biggest banks have now committed to achieve "net-zero" climate emissions by 2050. But, at the same time, those same banks are continuing to loan trillions to the companies most responsible for causing climate change.  As a major new report shows, since the Paris Agreement was signed in late 2015, JPMorgan Chase alone has loaned more than $317 billion to fossil fuel corporations. Even by the standards of oil companies, that is a lot of money; indeed, it's more than the market capitalization of Chevron and BP combined.

Reducing humanity's greenhouse gas emissions is a race against time, and no bank should be taken seriously if its 2050 climate promises are not accompanied by actions that immediately exclude financing for the coal mines and tar sands pipelines that we know are incompatible with reigning in catastrophic climate change.  Even the few fossil fuel-exclusion policies that banks have passed amount to little more than empty gestures. In February 2020, JPMorgan Chase passed a policy to curtail its funding of Arctic drilling projects. Chase's policy prevents the provision of loans that are specifically designated to go toward a particular Arctic drilling project. That's all well and good. But it does nothing to prevent the provision of general purpose loans to companies that are engaged in the business of Arctic drilling.

It's a loophole the size of Arctic Wildlife Refuge, and, even after the adoption of its new policy, Chase loaned $825 million to companies engaged in Arctic drilling last year, more than any other bank.

This pales in comparison to the empty climate gestures made by some banks last month.

Enbridge Energy is currently trying to ram the Line 3 tar sands pipeline through northern Minnesota. If built, Line 3's greenhouse gas footprint would be more than twice that of the entire state of Washington.

To put it plainly, Enbridge is building an oil pipeline that is incompatible with preserving life on Earth as we know it ― a pipeline that is also vehemently opposed by the Indigenous people whose lands it cuts through. "Cultural genocide," is how tribal attorney Tara Houska described the effect of the pipeline.

This is what makes it so egregious that last month, after climate campaigners launched a concerted effort to convince banks not to fund the Line 3 boondoggle, a coalition of major banks decided to cancel a $2.2 billion loan to Enbridge Energy ― and replace it with an $800 million "sustainability-linked" loan.

The Canadian tar sands produce what is likely the most carbon-intensive oil on Earth, and its extraction results in colossal levels of deforestation and water and air pollution. Giving Enbridge ― a company trying to build a pipeline that could expand tar sands extraction by up to 10% ― a so-called "sustainability" loan is about as Orwellian as it gets.

Even voices from within Wall Street have begun decrying the industry's empty posturing. "Wall Street is greenwashing the economic system and, in the process, creating a deadly distraction," wrote Tariq Fancy, the former head of Sustainable Investing at BlackRock, earlier this month.

Unfortunately, it appears that for all the noise Wall Street has made on climate in recent months, the only division within the finance world that has been "fundamentally reshaped" by the climate crisis is its PR departments.

Alec Connon is co-coordinator of Stop the Money Pipeline, a coalition of over 150 organizations united to end the flow of global capital into fossil fuels.