OK, I'll bite: What's all the fuss about ramps?

If you see a crowd gathering at your local farmers market, odds are you've stumbled across someone selling ramps 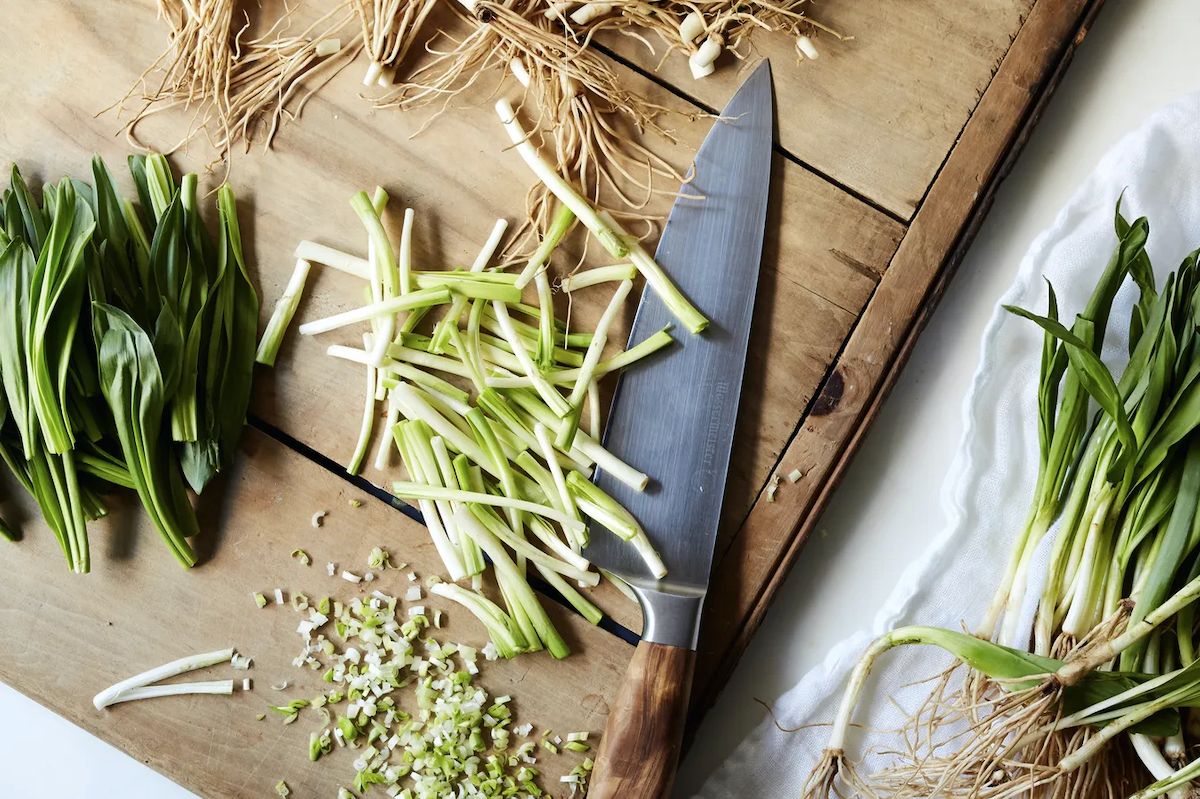 If you see a crowd gathering around a stall at your local farmers market any time between mid-April and early June, odds are you've stumbled across someone selling ramps. Let me tell you, nothing gets people who know and love ramps more excited than seeing those first green leaves on a warm spring morning. Of course, by appearance alone, they're simply yet another plant in a sea of green at the market. So, what's all the fuss about? What are ramps?

What are ramps, anyway?

Ramps (allium tricoccum), sometimes referred to as wild leeks or wild garlic, are technically a wild onion that grow most abundantly in the eastern and central U.S. and Canada (though you can find them showing their verdant heads in a couple other southern and western American states). Ramp patches typically begin to sprout in wooded areas around early April, and last until May or early June.

With a slim bulb and a couple long, flat leaves, ramps, which grow in clumps, taste more pungent than scallions, yet less sharp than raw onion. But that still doesn't quite put their majesty into words. Considering that there are a few Ramp Heads on the Food52 Editorial team, I asked for some help: "They kind of taste like scallions on vacation. Like, if scallions were a little mellower and in a better mood, just having a good time and living their best life," says CB Owens, copy editor. "To me, ramps look like willowy scallions all dressed up in translucent pink stripes and feathery green headbands," adds senior editor Jess Kapadia. "If they were an indie rock band, they'd be called the Leafy Scallionettes, and they would shred."

Why do people lose their sh*t over ramps?

In a word: hype. Similar a limited-edition sneaker drop, ramps literally come into and out of season lickety-split, and if you miss them one week, there may not be more the following. Hype begets hype, and the more people feel they can't miss out and go buy a bunch, the more scarce ramps become.

Unlike exclusive brand launches, it's not that anyone is choosing to limit ramp availability, per se. Ramps, which require a specific woodland environment to grow, take years to fully mature (which is why they're not often farmed, rather foraged), and are often harvested in a way that disturbs regeneration.

"It was estimated that a conservatively harvested (10% taken) ramp patch required ten years to recover . . . Ramp seeds take six to eighteen months to germinate, often requiring two winters and warm springs to emerge as spindly grass-like spikes," writes Marie Viljoen in "Forage, Harvest, Feast: A Wild-Inspired Cuisine." "The new plant grows for three to five years before it can reproduce . . . Current wild harvests, while feeding our still-burgeoning appetite for ramps, will ensure their demise."

Essentially, it's generally understood that the wild ramp population is at risk every time a bulb is removed from the ground. Officially, the USDA classifies ramps as plants of "special concern" in just Maine, Rhode Island, and Tennessee (also designated as "commercially exploited" in the latter). As of 1995, Quebec has actually banned their harvest, which has led to a black market of ramp smuggling — a movie about which I would 100% watch, just saying.

To those who are foraging ramps, Viljoen recommends gathering only from areas where they're bountiful, and then taking just one thick, mature bulb — not any younger, thinner bulbs — from a clump of ramps, clipped above the root, leaving some of the bulb in the ground. Better yet, Viljoen suggests foragers take only ramp leaves, and just a few from each cluster.

So, should I buy ramps?

I think of ramps the same way I think of meat: I'll buy them, but not too many, and I'll make sure to use them as quickly as possible to ensure none go to waste. The first time I see ramps at the farmer's market in April, I'm usually clawing my way out of a deep-winter sadness, and that first sighting thaws my whole body. I'll probably buy some this year too, making sure to seek out those sold without roots or by foragers who are willing to discuss their practice with me.

In addition to farmers markets (if you're in New York, check out Mountain Sweet Berry Farm at the Union Square Farmers Market), you can find ramps from certain online retailers, including Etsy; again, it's best to check to make sure any ramps purchased online were also foraged sustainably.

How to eat ramps

But if you're looking for more ideas, we've got you covered.