Fox host Maria Bartiromo: 'If we are so systemically racist, why did we elect a Black man?' 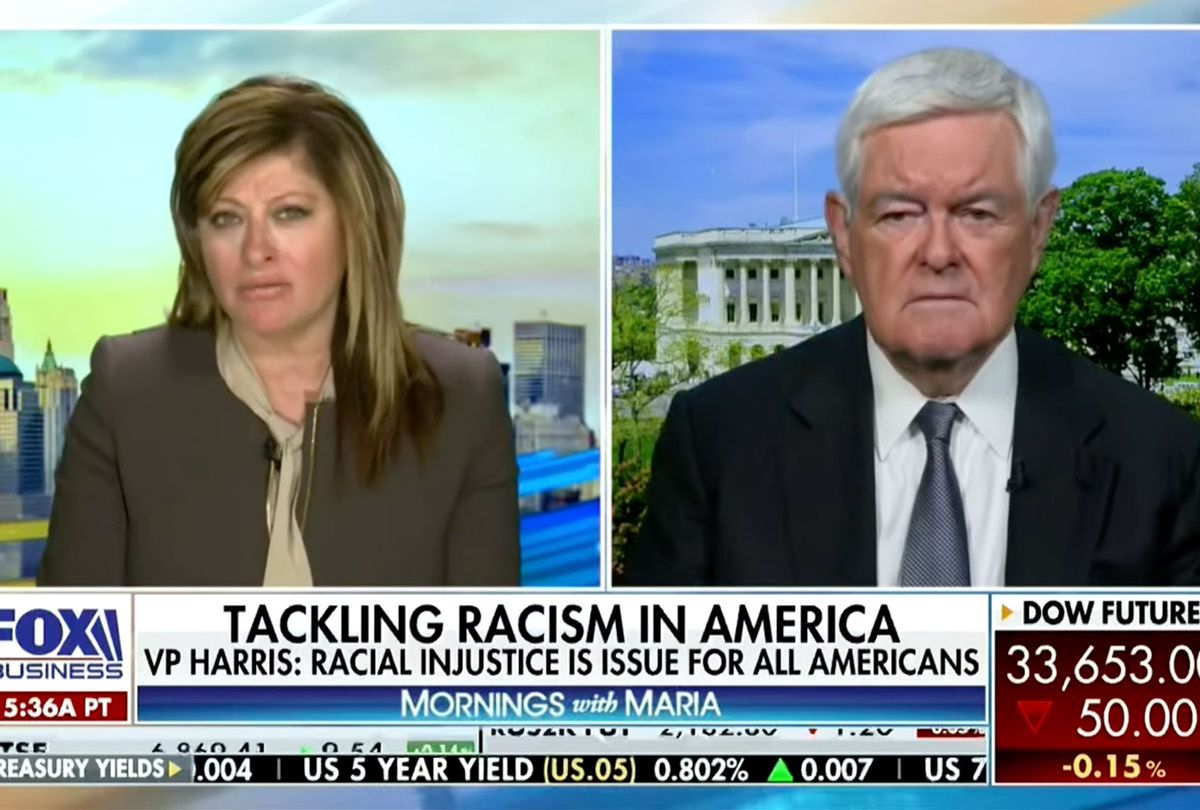 "Instead of coming out and having a neutral, fair tone while we all needed to be lifted up, you have President Biden and Vice President Harris yesterday trashing America, telling us we are systemic racists," Bartiromo complained.

"If I were the Chinese communist propagandists, I would just go on vacation," Gingrich opined. "The president and vice president of the United States condemning America. This really does verge on a pathology that they hate their own country so much that they give the world a totally false impression."

"If we were, in fact, systemically racist, how did the system convict a white policeman?" Gingrich argued. "It's a repudiation of their entire worldview to look at that and realize the system worked."

"You just articulated why I was so upset after I heard those speeches yesterday," Bartiromo revealed. "I thought this is not a time for this now. And by the way, if we're so systemically racist, why did we elect a Black man to be the leader of the free world and have him serve two terms? President Barack Obama."

"I mean, explain that to me if we're so racist," she added.

Bartiromo, who has traditionally sided with Republican candidates, did not say whether she had personally voted for Obama.

Watch the video below from Fox Business.