"President Trump and I just had a great conversation," posts failed GOP candidate and anti-Islam activist 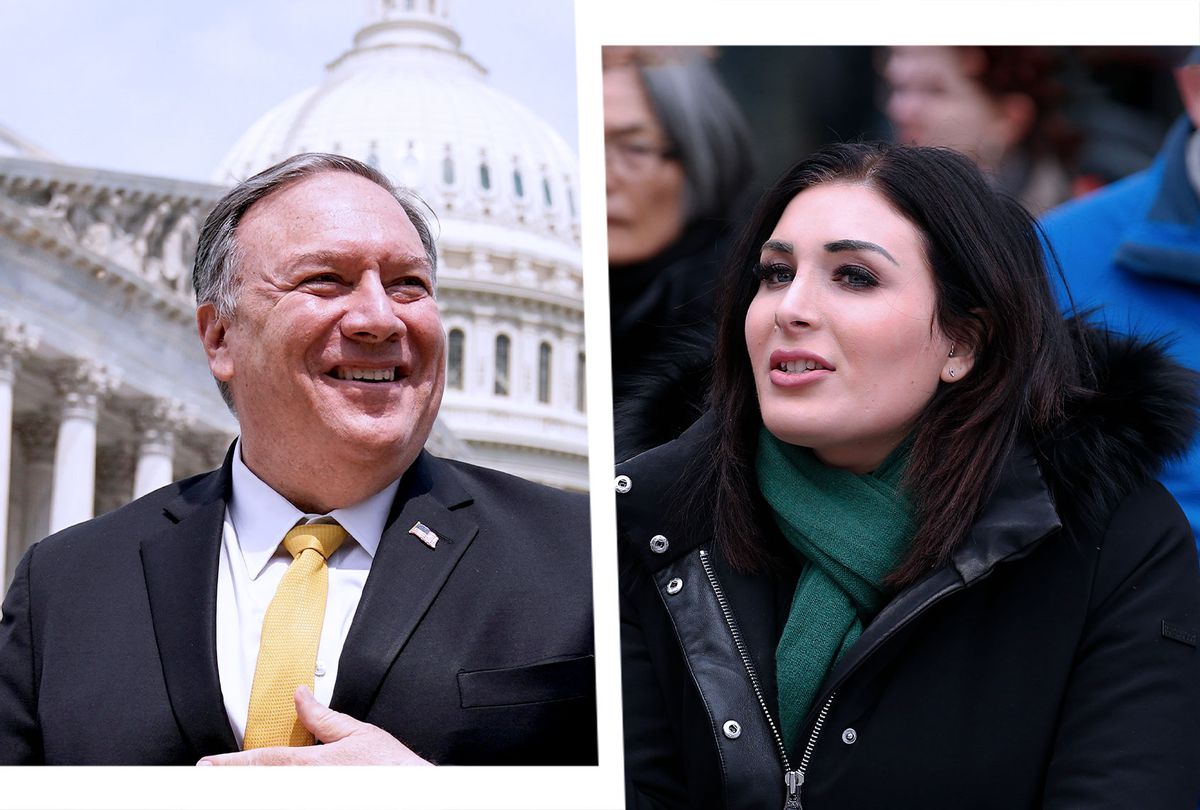 Anti-Muslim activist and failed Florida Republican congressional candidate Laura Loomer — whose rhetoric is so extreme she was banned from Facebook and Instagram — recently shared a picture of herself alongside former Secretary of State Mike Pompeo, boasting about meeting with the potential 2024 Republican presidential candidate at Mar-a-Lago, former President Trump's Florida private club.

Laura Loomer (self-described "proud Islamophobe") posted a photo with Mike Pompeo from over the weekend at Mar a Lago pic.twitter.com/4EKepyqCdg

A series of additional posts sent out by Loomer on Tuesday morning suggest that she didn't just encounter Pompeo at the lavish Palm Beach estate, but also met Trump himself. "President Trump and I just had a great conversation. I look forward to sitting down with him at Mar a Lago in the near future," Loomer stated, alongside a picture. 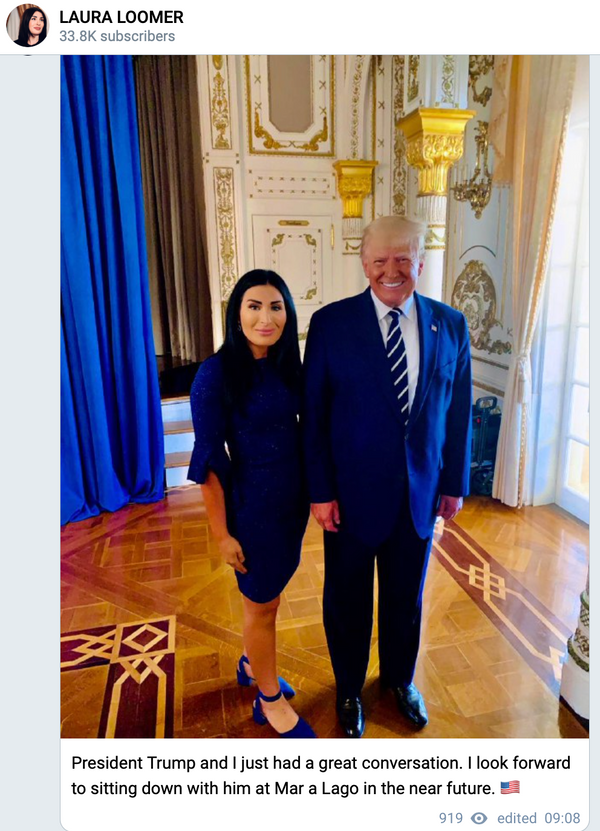 It's unclear whether these were just chance encounters or more substantive meetings, but Pompeo and Trump betray no unwillingness to appear friendly with Loomer, who is viewed as a pariah by most Republicans, even in the Trump era.

"It's tough to imagine a figure who is more emblematic of the everyday wretchedness of the Trump era than Laura Loomer," Southern Poverty Law Center senior investigative reporter Michael Edison Hayden told Salon. "She's so deeply poisoned by her hatred of Muslims and her addiction to social media that she can't seem to see the pain she causes around her. It goes without saying that no credible public figure should want to be seen within a hundred yards of someone like Loomer, unless it's to politely advise her to find something more constructive to do with her time."

Some former Trump officials have visibly crept toward the GOP far right following their time in the White House, but that isn't especially the case with Pompeo, who is seen by some observers as a broadly acceptable 2024 Republican nominee if Trump doesn't run again. On Wednesday, Punchbowl News' Jake Sherman noted that the former secretary of state would be "holding a news conference with the RSC [Republican Senatorial Commenitee] Wednesday," on the topic of "Iran."

>@mikepompeo is holding a news conference with the RSC Wednesday.

They are billing it as a "major announcement with regards to Iran."

When not attending whatever function drew Loomer to Mar-a-Lago, Pompeo last weekend appeared on a radio program to claim that President Biden's UN ambassador, Linda Thomas-Greenfield, had disqualified herself for the post through her remarks about America having "weaved white supremacy into our founding documents." Pompeo argued: "I think it's disqualifying to have a UN ambassador who expresses a moral relativism and doesn't understand the exceptional nature of the country in which we all live."

Laura Loomer didn't return Salon's request for comment, and a spokesperson for Pompeo could not be reached.