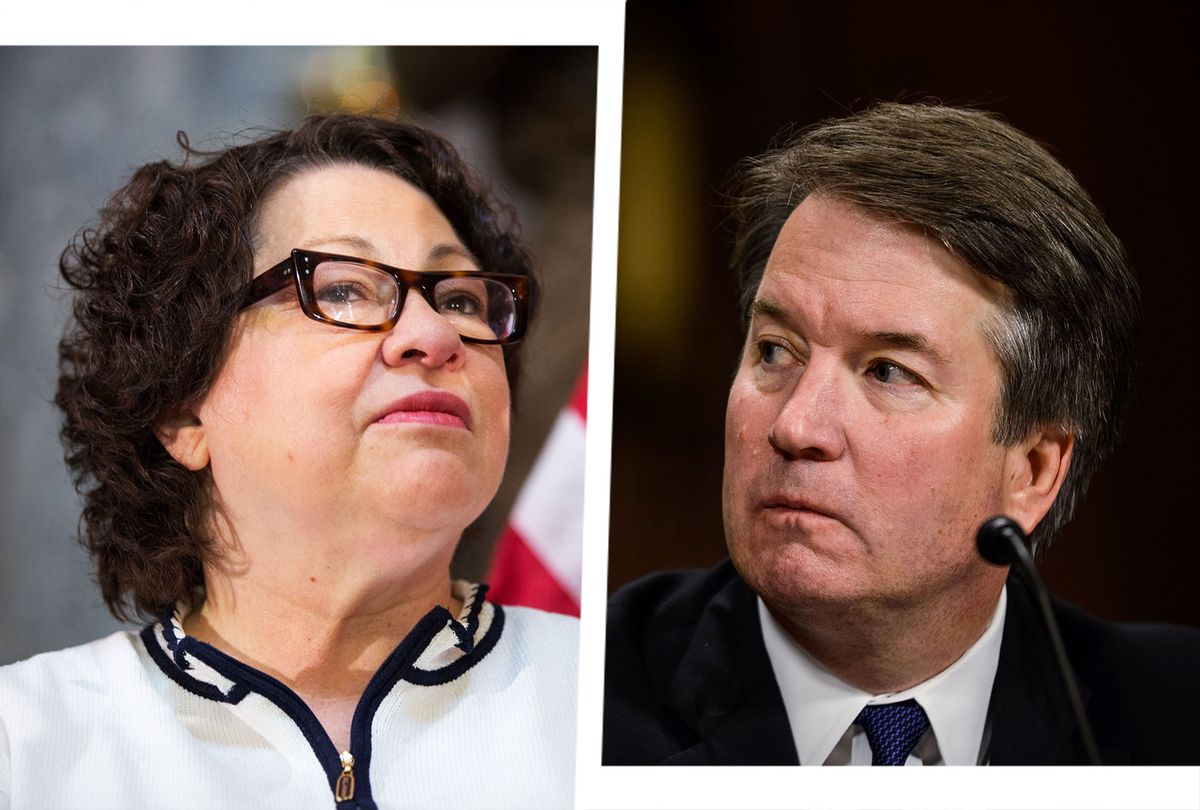 The court ruled 6-3 on Thursday that judges do not need to find "permanent incorrigibility" before sentencing juvenile offenders to life sentences without parole in a case upholding the sentence of Brett Jones, who was 15 when he stabbed his grandfather to death in a dispute over the teen's girlfriend.

Jones was sentenced to life without parole, the mandatory sentence under Mississippi law, before the Supreme Court ruled in the 2012 Miller v. Alabama decision that mandatory life sentences without parole for minors are unconstitutional under the Eighth Amendment's ban on "cruel and unusual punishments." The opinion said that juvenile offenses reflect "transient immaturity" and because children's brains are less developed they are "less culpable" than adults and have more potential to be rehabilitated. Jones was granted a re-sentencing but the judge upheld the life sentence. The Supreme Court later ruled in the 2016 Montgomery v. Louisiana case that the Miller ruling could be applied retroactively, prompting the appeal from Jones. The Supreme Court appeared to break with those past decisions when it upheld his sentence on Thursday.

"According to Jones, in order to impose a life-without-parole sentence on a defendant who committed a murder when he or she was under 18, the sentencer must make a separate factual finding that the defendant is permanently incorrigible," Kavanaugh wrote in the majority opinion. "The Mississippi Court of Appeals rejected Jones's argument, relying on this Court's express statement in Montgomery that 'Miller did not require trial courts to make a finding of fact regarding a child's incorrigibility.'"

Sotomayor cited Kavanaugh's opinion from last term to dispute the majority's reading of the precedents, arguing that it was "contrary to explicit holdings in both decisions."

"Such an abrupt break from precedent demands 'special justification,' " Sotomayor wrote in a dissent joined by liberal Justices Elena Kagan and Stephen Breyer. Because the majority opinion did not provide one, "the Court is fooling no one," Sotomayor wrote. Sotomayor went on to repeatedly cite Kavanaugh's previous opinions in her dissent.

The dissenting justices argued that "a lifetime in prison is a disproportionate sentence for all but the rarest children, those whose crimes reflect 'irreparable corruption'" and the precedents required courts "to separate those juveniles who may be sentenced to life without parole from those who may not."

"[Kavanaugh's] conclusion would come as a shock to the Courts in Miller and Montgomery," Sotomayor wrote, noting that it largely echoed former Justice Antonin Scalia's dissenting opinion in the Montgomery case.

"Justice Scalia's view did not prevail, however," she wrote. "Montgomery's interpretation of Miller is binding precedent, just as Miller itself is."

Sotomayor noted that the past rulings required judges to "actually make the judgment" regarding incorrigibility, adding that Kavanaugh's opinion "distorts Miller and Montgomery beyond recognition."

The dissent also noted that Jones suffered from mental health issues and was abused by his grandfather. Jones later tried to perform CPR after stabbing him and ultimately confessed to the crime. Sotomayor added that Jones and other juvenile offenders are not seeking to overturn their convictions.

"Jones and other juvenile offenders like him seek only the possibility of parole. Not the certainty of release, but the opportunity, at some point in their lives, to show a parole board all they have done to rehabilitate themselves and to ask for a second chance," she wrote. "The Eighth Amendment requires that most juvenile offenders be given this small 'hope for some years of life outside prison walls.'"