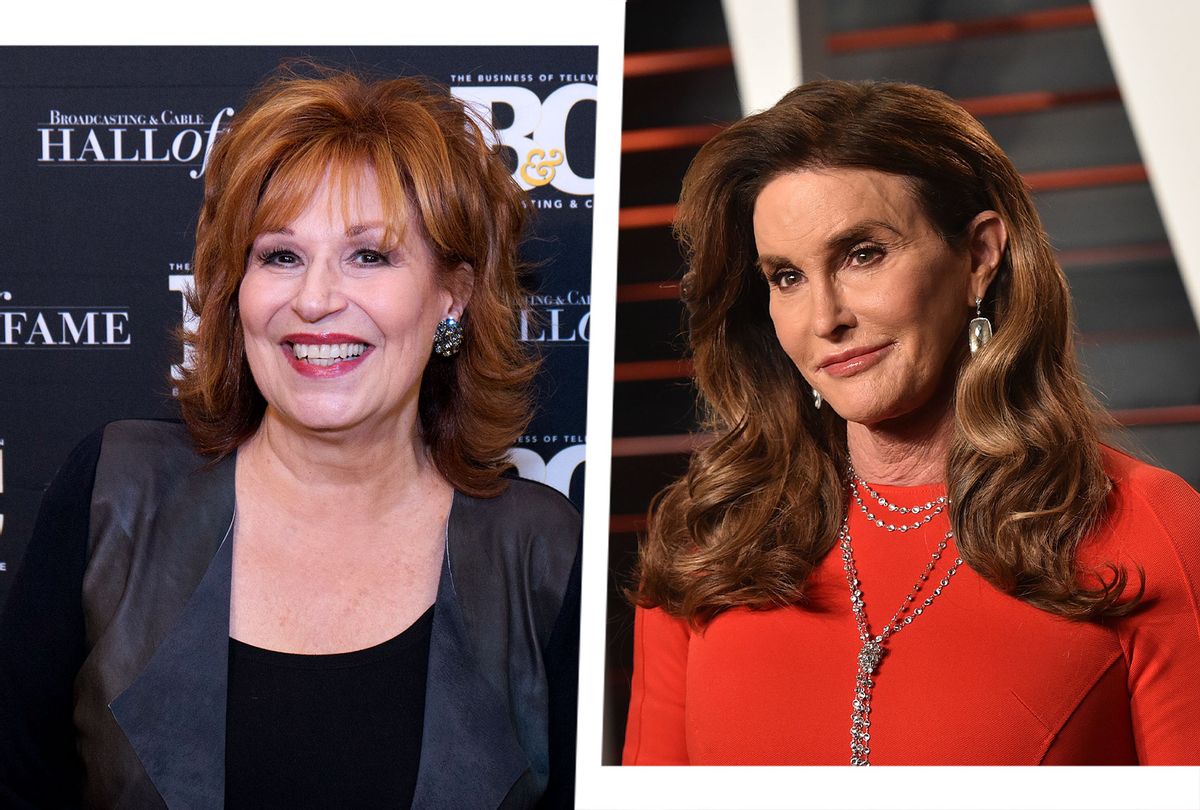 "The View" co-host Joy Behar found herself apologizing for misgendering Caitlyn Jenner multiple times during a Friday broadcast, claiming that she underslept the night before.

The apology came out of a discussion between her and her fellow co-hosts about Jenner's recently announced bid for California governor. While remarking upon Jenner's high hopes of winning –– given the former athlete's political connections to aides and officials from the Trump administration –– Behar called Jenner, a transgender woman, "he" several times within the same breathe.

"I think that he should—she, rather—should take a seat and let somebody with the credentials take over a major state like California," she said, later correcting herself, after which she called Jenner a "he" again just before the segment concluded.

Following a commercial break, Behar addressed the audience to make a formal apology. "So first of all let me apologize for my pronoun mixup," she started. "I think I just didn't get enough sleep last night. I had no intention of mixing them up, and I tried to correct it immediately, but whatever, it just came out. So I'm sorry if anybody was upset by that."

Although she quickly apologized, Behar's slip-up earned her some criticism on Twitter.

"Joy Behar misgendered Caitlyn Jenner at least four times on the View this morning," tweeted New York Magazine columnist Yashar Ali. "Caitlyn transitioned over six years ago. I don't know why Joy misgendered her but it's an important reminder that we don't misgender people even if we don't like their politics."

Geoffrey Ingersoll, editor-in-chief of right-wing news site The Daily Caller, responded to Ali's tweet with a jab at the left: "Yet another reminder about how often the woke new rules don't apply to people the elites find politically distasteful."

On the significance of Jenner's bid, the View's co-hosts were notably split.

"I think it's great," declared Ana Navarro. "Breaking the glass ceiling is a good thing. A transgender Republican might change some Republican minds … if she wants to run, it's her right to run."

Co-host Meghan McCain disagreed. "I don't take this that seriously," McCain said. "I don't think she's going to win… I don't think this is the type of thing that should have on the job training."

Earlier during the broadcast, Behar apologized for an entirely separate remark made about a mom who was demanding that her child's school end its mask mandate. The mom in question, Behar said, was "bitching about" the issue.

She later walked that comment back after some pushback from McCain. "Maybe I shouldn't have said she was 'bitching,'" Behar admitted. "I apologize. It just slipped out."