11 facts about Jack Kirby, the artist behind the Marvel Universe

No. 7: Jack Kirby originally has a different name in mind for Black Panther 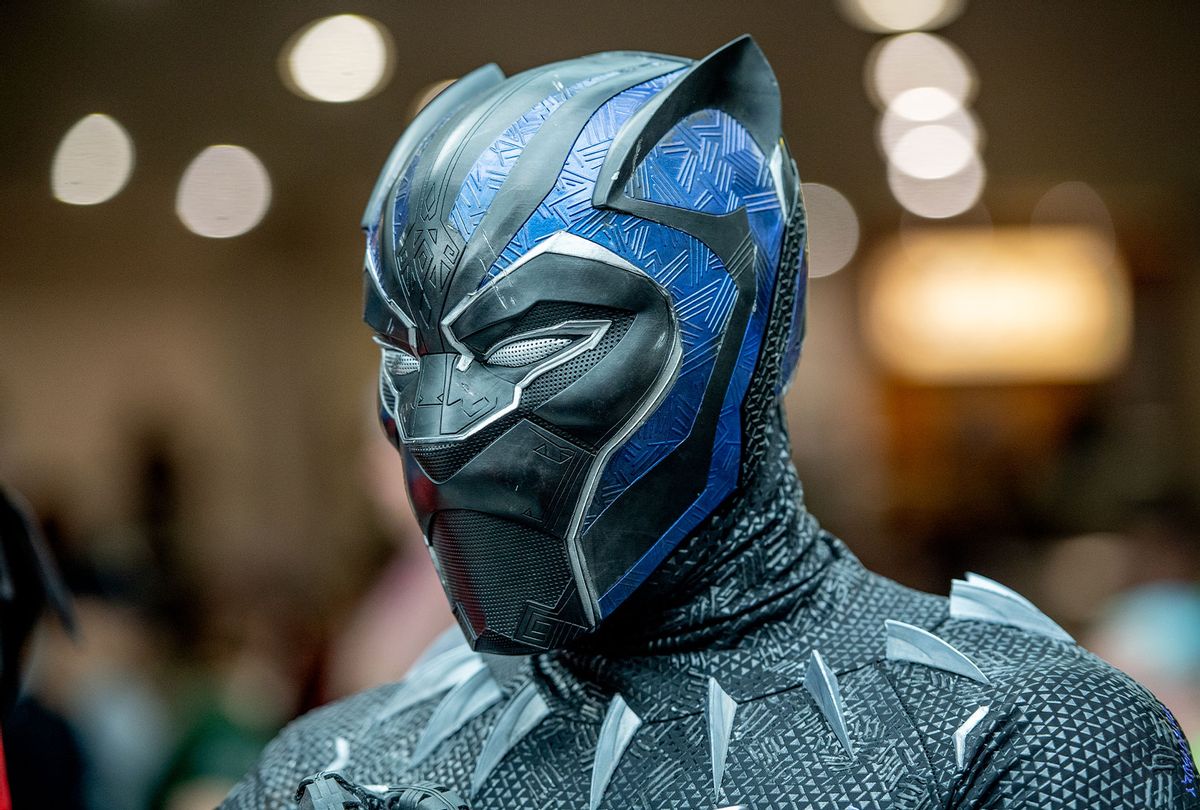 Born Jacob Kurtzberg on August 28, 1917, Jack "The King" Kirby is considered one of the most influential American comic book artists of all time. Having worked for both Marvel and DC Comics, Kirby is perhaps best known for creating or co-creating now-iconic characters such as the X-Men, the Fantastic Four, Captain America, Thor, the New Gods, Iron Man, and the Hulk. Here are 11 facts about Kirby's life, work, and career.

1. Jack Kirby's childhood in the Lower East Side inspired many of his characters.

Kirby grew up on Manhattan's Lower East Side, the turf of the notorious gangster Charles "Lucky" Luciano, also known as the father of modern organized crime in the United States. Witnessing fights amongst his peers and friends, and even getting involved in some brawls himself, Kirby's time on the streets later seeped into many of his comics. He went on to create a variety of "kid gang" characters, both heroes and villains, such as the Boy Commandos, the Newsboy Legion, and the Yancy Street Gang.

Kirby got even more personal about his upbringing with the semi-autobiographical short comic "Street Code" for the pulp magazine "Argosy." This story deals with elements of Kirby's rough-and-tumble early years and was a favorite among Jack and his wife Roz, who kept the story's famous double-page spread framed on a wall in the couple's home.

One of Kirby's earliest jobs was working as an artist at Fleischer Studios (later acquired by Paramount) at the age of 17. He worked as an in-betweener, an artist who hand-draws transition frames between key art and poses in 2D animation, and contributed to major cartoons including "Popeye the Sailor" and "Betty Boop."

3. Jack Kirby wrote under a variety of pseudonyms for different genres.

Although Kirby is best known for his superhero comics, he also wrote across a variety of genres under a number of different names. These pseudonyms included Fred Sande (Western, such as "Wilton of the West"), Ted Grey (humor, such as "Abdul Jones"), and Curt Davis (science fiction, such as "The Diary of Dr. Hayward").

Before he helped jumpstart the Marvel Universe, Jack Kirby was a prolific romance comic artist in the '40s and '50s, having co-created series like "Young Love" and "Young Romance," which is regarded as one of the first books in the genre. These titles were overwhelmingly popular at the time, even more so than superhero books, and would routinely sell more than 1 million copies per issue.

5. Jack Kirby put a lot of himself into the Thing from the Fantastic Four.

When creating the Thing from The Fantastic Four, Jack Kirby drew upon many of his own experiences and mannerisms. For one, they both grew up Jewish on Manhattan's Lower East Side. Kirby also talked about how he saw the Thing as a certain reflection of himself on the page, embodying Grimm's gruff-but-lovable spirit. "If you'll notice the way the Thing talks and acts, you'll find that the Thing is really Jack Kirby," Kirby once said.

Even the character's name has a special meaning: Kirby's father's namewas Benjamin, while Jack's birth name was Jacob, so when it was time to give the Thing a real name, Kirby chose Benjamin Jacob Grimm.

In addition to taking advantage of double-page spreads and eye-popping splash pages, Kirby was known for being an innovator of many illustration techniques, including the use of collages and incredibly complex technical sci-fi drawings. However, one of his most unique artistic flourishes was the "Kirby Krackle" (or "Kirby Dots"), a stylistic convention that he used to depict high-energy phenomena such as explosions or certain cosmic elements in space.

7. Jack Kirby originally has a different name in mind for Black Panther.

Within the landscape of mid-century comics consisting primarily of white characters, Kirby championed more diverse comics with a robust representation of various races. To this end, Kirby sketched a new character named Coal Tiger, a Black superhero decked out in a colorful costume. The concept was reworked before it was ever published and eventually became Black Panther, who debuted in 1966's "Fantastic Four" #52.

During Kirby's tenure at DC from 1970 to 1975, a variety of tried-and-true Superman artists, such as '40s stalwart Al Plastino, were brought on to redraw and retouch many of the Superman and Jimmy Olsen faces that Kirby drew for his stories. Although he went along with it, Kirby apparently found it a little insulting, according to comic writer and former Kirby assistant/biographer, Mark Evanier. Despite hiring Kirby to move DC in a new direction after the legendary artist departed from rival Marvel, the company wanted Kirby's characters to have a standardized look that fit their "official" comics style.

9. There was a short-lived "Kirbyverse" based on original Jack Kirby characters.

Published between 1993 and 1994, the "Kirbyverse" was a comics linereleased by Topps Comics that consisted of drafts of stories and previously unpublished characters that were never fully realized by Kirby. While the issues themselves used Kirby's art on some covers, the interior art was mostly done by a number of comic veterans like Spider-Man co-creator Steve Ditko, Don Heck, and Walt Simonson, with Roy Thomas as the writer. Although what was released as part of the Kirbyverse is beloved by many Kirby fans, it never became a true commercial success.

While Jack Kirby created some of the world's most popular comic characters, it wasn't the financial windfall you'd assume, due to Marvel's claims that all of his work was "for hire" and thus he did not have the right to terminate the company's copyrights. Kirby worked for decades without royalties, health insurance, or possession of his original art. But he was especially vocal in feeling like Stan Lee had taken more credit than he deserved when it came to who actually created the characters they collaborated on, like The Fantastic Four and X-Men. Though he had small victories before his death in 1994—he would eventually receive some, but not all, of his original art from Marvel—the larger financial benefits always eluded him.

However, in 2014, after years of cases and appeals, Kirby's estate settled a legal dispute against Marvel out of court for an undisclosed sum, right before it reached the Supreme Court. Though Marvel still owns the characters Jack Kirby created, it's assumed his heirs now have the financial security he had always been after.

11. Some of Jack Kirby's previously unpublished drawings were released posthumously.

In 2006, Marvel published "Jack Kirby's Galactic Bounty Hunters," a six-issue miniseries based on one of Kirby's unfinished stories and concepts. Kirby's daughter, Lisa Kirby, was co-writer with Steve Robertson, while Mike Thibodeaux provided the art. The covers to most of the issues were all unpublished Jack Kirby originals.