Can Formula 1 racing's biggest star send a message to MBS and the Saudi regime?

Formula 1's only Black driver has repeatedly stood up for human rights. Is he willing to confront the Saudi regime? 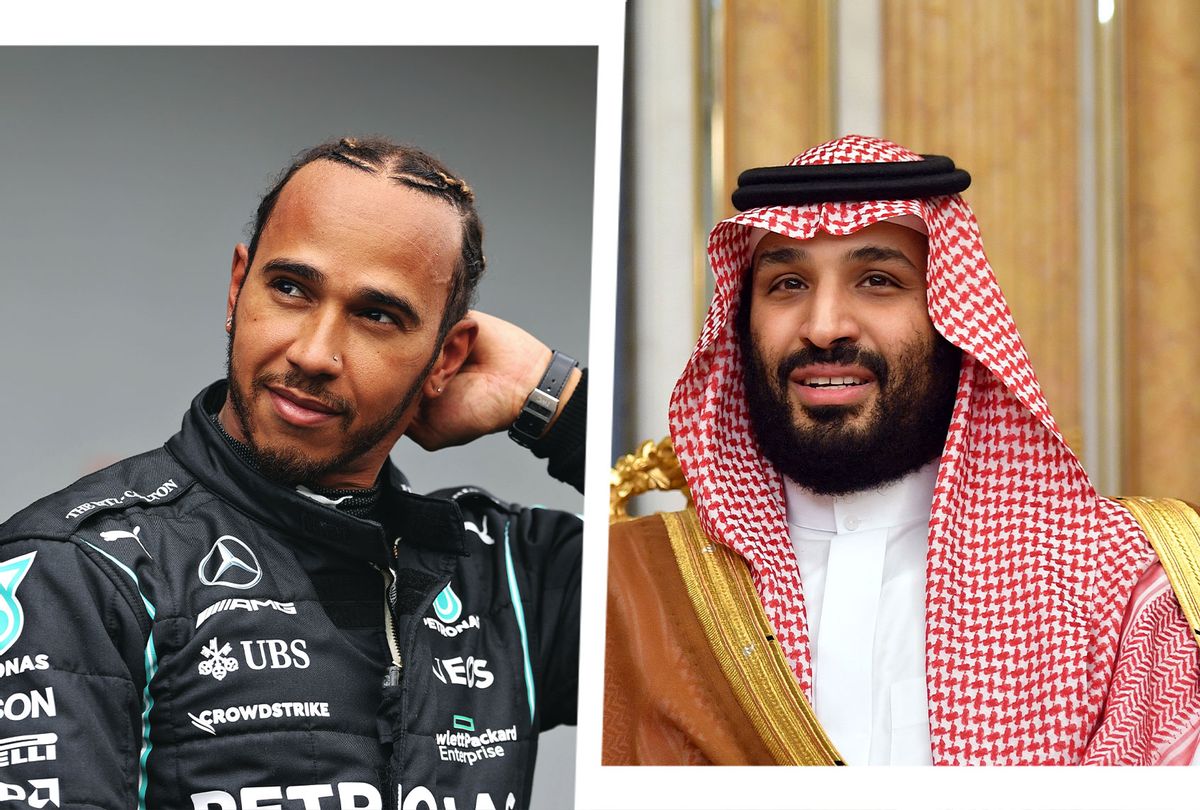 For human rights advocates who also enjoy the sport of car racing, a great opportunity awaits us. Lewis Hamilton, the only Black driver in the history of Formula 1 racing, has been bravely and consistently supporting the Black Lives Matter movement. In the wake of the protests against the murders of George Floyd and Breonna Taylor, Hamilton started to call Formula 1 out for its lack of diversity, even saying he would trade his record-tying seventh world championship for more diversity in the sport. Accused of bringing politics into the sporting world, the Mercedes team's star refused to back down, saying that his support for Black Lives Matter was a matter of supporting basic human rights.

Hamilton describes his concern for human rights as being global, and has expressed concern about human rights violations taking place in countries to which Formula 1 travels. During the tail end of the 2020 season when an F1 race was scheduled to take place in Bahrain, Hamilton received a letter from the young son of a man facing the death penalty in Bahrain. Moved by the plea by 11-year-old Ahmed Ramadhan to "please save my father," Hamilton replied that he "definitely won't let it go unnoticed."

Hamilton had plans to address the Bahraini crown prince about Ahmed Ramadhan's father, as well as Bahrain's use of torture, but unfortunately he contracted COVID-19 and was unable to travel to the Gulf state for that race. Still, Hamilton promised, "When I get some time now, I will definitely try and speak to those [people] and see how I can positively impact that [race] weekend [in future]."

Clearly, Hamilton has a deep concern for human suffering and is willing to take action. His willingness to speak out comes at an opportune time, as 2021 is the first year that Formula 1 will hold a race in Saudi Arabia.

The UN has called the Saudi-led war in Yemen the "world's worst humanitarian crisis." By blockading Yemen's main port of Hodeidah, Saudi Arabia is intentionally starving an entire population. The situation is so bad that a Yemeni child dies every 75 seconds. On top of this is an almost constant aerial bombardment. Yemen is attempting to address the COVID-19 pandemic without a functioning health care, proper sanitation or other infrastructure.

According to four UN agencies, if Saudi Arabia does not cease its campaign, 400,000 children under the age of five could die of starvation this year.

It isn't just in Yemen that Saudi Arabia is causing harm. In fact, It's bold of the Saudi government to host a Grand Prix while it's only been three years since they first granted Saudi women the right to drive. That right came at a grave price for Saudi women. Shortly after Saudi Arabia allowed women to drive, they rounded up the very women who had campaigned for the change.

A fierce activist, Loujain Al-Hathloul was first arrested in 2014 for attempting to drive across the UAE border — where she was a licensed driver — into Saudi Arabia. The 73 days she spent in jail at that time did not deter her. In 2018, right after Saudi Arabia gave women the right to drive, they arrested Loujain again. She was held in excessive pretrial detention, tortured, threatened and eventually sentenced to almost six years in prison by a terrorism court. On Feb. 11, 2021, after 1,000 days in prison and enormous international attention to her case, Loujain was released. She remains under a five-year travel ban and is barred from leaving Saudi Arabia.

In addition to Saudi restrictions on women's rights, in 2018, Saudi Crown Prince Mohammed bin Salman, the nation's de facto ruler, approved an operation to capture or kill journalist Washington Post journalist Jamal Khashoggi in the Saudi consulate in Istanbul. Saudi Arabia is also known for having one of the highest execution rates in the world. People are decapitated in public for offenses ranging from atheism to homosexuality to sorcery. Long prison terms and physical punishment are used against everyone from bloggers to lawyers who dare to question the regime's absolute power.

When advocates to end the war in Yemen and achieve human rights inside Saudi Arabia became aware of the upcoming Formula 1 race in Saudi Arabia and Lewis Hamilton's support for Black Lives Matter and other causes, they began calling on Hamilton to boycott the Saudi race or at least make a statement. Lifelong F1 fans and peace activists alike have signed the petition, with more than 5,000 signatures to date.

"The top Formula 1 driver refusing to compete in Saudi Arabia or speaking out could go a long way toward convincing Saudi Arabia to finally adhere to human rights," the petition reads, "This would send the message that the world is not blind to MbS trying to 'sportswash' his war crimes and human rights violations."

In addition, to the petition, a letter was sent to Hamilton from 46 human rights groups. Lina al-Hathloul, the sister of Loujain al-Hathloul, stated, "It is our sincere hope as a family that Mr. Hamilton considers the gravity of supporting a country like Saudi Arabia that imprisons and tortures its own citizens like my sister Loujain." Dr. Aisha Jumaan, the founder of Yemen Relief and Reconstruction Foundation said, "The UN reported that 2.3 million Yemeni children under five years of age are experiencing famine. This is due to the Saudi war and blockade on Yemen. I hope that you send their agonized parents a message of solidarity by boycotting the race."

Those calling on Hamilton to act imagine that if he doesn't boycott the race he might wear a T-shirt with Loujain's face or the hashtag #FreeHumanRightsDefenders, which calls for the Saudi government to release the many journalists, dissidents and women's right activists currently languishing in prison. Perhaps the most decorated athlete in F1 history will wear a shirt telling the world that sure, here is a race, but just a few hundred miles to the south the Saudi government is systematically starving the people of Yemen.

If Hamilton chooses to boycott or make a statement, he would not be the first athlete or celebrity to call out a country for its human rights record. In 2017, Michael Bennett, then a star defensive end in the NFL, backed out of a scheduled trip to Israel after learning it was being organized by the Israeli government. "One of my heroes has always been Muhammad Ali," Bennett said. "I know that Ali always stood strongly with the Palestinian people."

In 2019, pop music superstar Nicki Minaj canceled her scheduled performance in Saudi Arabia, citing women's rights and LGBTQ rights concerns. "After careful reflection I have decided to no longer move forward with my scheduled concert at Jeddah World Fest," Minaj said in a statement. "While I want nothing more than to bring my show to fans in Saudi Arabia, after better educating myself on the issues, I believe it is important for me to make clear my support for the rights of women, the LGBTQ community and freedom of expression."

A lot of people say that sports is no place for "politics." What they usually mean is that they want to maintain their willful ignorance. Sports are a part of the larger world, not outside of it. Athletes aren't characters in a movie. They're real people that benefit from or are harmed by the systems that are in place. Human rights advocates and F1 fans are glad Lewis Hamilton is part of the Black Lives Matter movement. They hope he decides to extend his activism to calling out Saudi Arabia's human rights abuses and its brutal war in Yemen.