Republicans have offered some baseless arguments against representation for 700,000 Americans 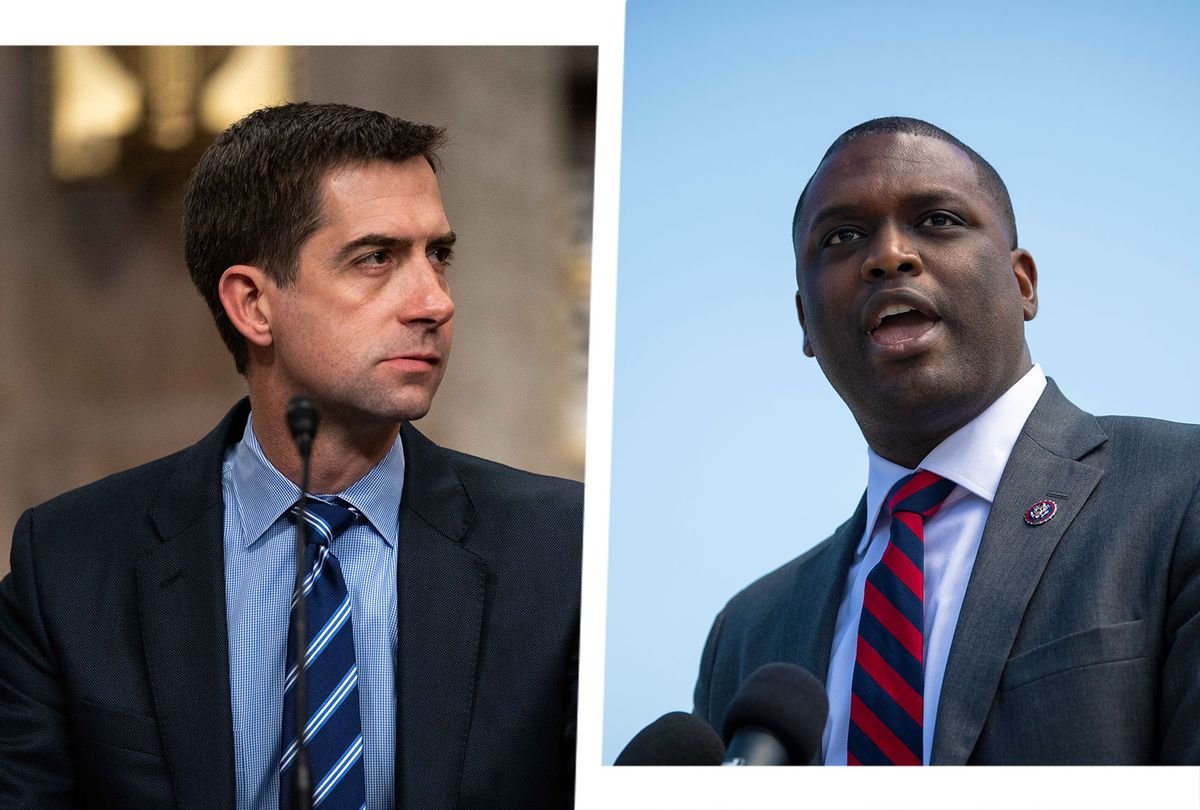 The Democratic-led House passed a bill this week that would designate Washington, D.C. as the 51st in the union, but not before Republicans trotted out a litany of less than good faith arguments against the idea.

House Minority Whip Steve Scalise argued against it based on D.C.'s crime rate, claiming the district "can't perform basic governmental duties like protecting its residents from criminals," but failing to mention that his home state, Louisana, has had one of the nation's highest rates for over three decades. Rep. Nancy Mace, R-S.C., said in a presser that D.C. "wouldn't even qualify as a singular Congressional district." Of course, D.C. has a larger population than both Wyoming and Vermont.

But freshman Rep. Mondaire Jones, D-N.Y., condemned such baseless objections to representation for the residents of Washington, D.C., as "racist trash" during a speech on the House floor this week.

"I had no idea there were so many syllables in the word 'white,'" Jones said of Cotton's argument, accusing Republicans of "racist insinuations that somehow the people of Washington, D.C. are incapable or even unworthy of our democracy."

"One of my House Republican colleagues said that D.C. couldn't be a state because the district doesn't have a landfill," Jones said. "My goodness, with all the racist trash my colleagues have brought to the debate, I can see why they're worried about having a place to put it."

Republican Rep. Andy Harris of Maryland then demanded that Mondaire's "racist trash" comment be stricken from the record. But Mondaire did not back down.

"Establishing the State of Washington, Douglass Commonwealth as the 51st state will make our Union stronger and more just," the Office of Management and Budget (OMB) said in a statement this week. "Washington, D.C. has a robust economy, a rich culture, and a diverse population of Americans from all walks of life who are entitled to full and equal participation in our democracy."

The bill, H.R. 51, which the White House said puts D.C. in "equal footing with the other states," would assign 700,000 residents their own elected officials. Currently, D.C. has three electors, but it has no elected representation aside from a non-voting House Delegate –– a distinction made clearly in Article 1, Section 8 of the Constitution.

"For far too long, the more than 700,000 people of Washington, D.C. have been deprived of full representation in the U.S. Congress," the OMB continued. "This taxation without representation and denial of self-governance is an affront to the democratic values on which our Nation was founded."

According to The Hill, White House press secretary Jen Psaki said that President Biden backs D.C. statehood. In order for the bill to be signed into law, Democrats will have to execute a constitutional amendment, which, faced with an obstructionist Republican Party, is no small feat. At least 10 GOP senators would have to break rank in order for Democrats to secure the 60-vote margin needed to move the process forward. Last year, the House passed H.R. 51 roundly, but it died in the Republican-majority Senate. Amid intense pressure from progressives to revive the effort this year, mainstream Democrats are forging ahead with the bill.

Republicans have just about unilaterally demurred D.C. statehood, presumably because it would enfranchise a historically blue district. D.C. has backed every Democratic presidential candidate since 1961, when the Twenty-third Amendment to the Constitution was adopted, which allotted D.C. three electors.

Last month, for example, Rep. James Comer, R-Ky., said in a Congressional hearing that "D.C. statehood is a key part of the radical leftist agenda to reshape America, along with the Green New Deal, defunding the police and packing the U.S. Supreme Court."

Twenty-two GOP state attorneys general penned a missive to President Biden earlier this month, expressing staunch opposition to the idea for both constitutional and policy-related reasons. "For over two centuries," they wrote, "the District's residents have all willingly lived there."

Senate Minority Leader Mitch McConnell, R-Ky., argued in a Tuesday interview that D.C. statehood amounts to nothing more than a partisan power-grab by Democrats, who are trying "to be able to get what [they] want all the time."

"These folks are not interested in compromise," he claimed. "They're interested in passing all of their bills to remake America in spite of the mandate that they did not get last year, as rapidly as possible. And the filibuster is what prevents that. So it looks like we're down to two brave Democrats -- Joe Manchin of West Virginia and Kyrsten Sinema of Arizona, preserving the institution."