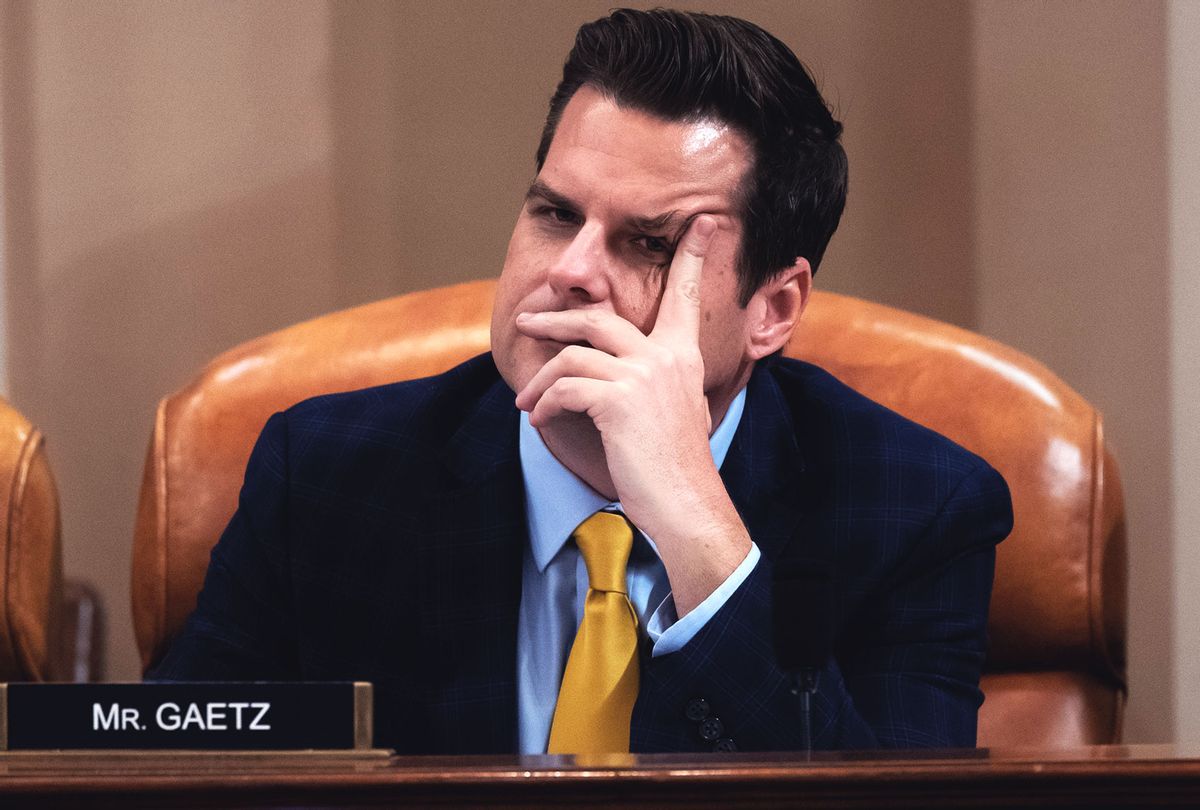 As the investigation into Rep. Matt Gaetz, R-Fla., continues, federal authorities are now taking a more in-depth look at his previous trip to the Bahamas.

According to CNN, sources with knowledge of the investigation have revealed prosecutors working for the U.S. Department of Justice's Public Integrity Section are trying to determine whether or not the Florida lawmaker "took gifts, including travel and paid escorts, in exchange for political favors."

Investigators with the federal agency are now looking to uncover evidence of "potential public corruption." Insiders also suggest that investigators are "scrutinizing Gaetz's connections to medical marijuana, both in terms of legislation he's sponsored and his connections to people involved in the industry, searching for so-called pay-to-play arrangements."

The Florida lawmaker has a reputation for advocating for medical marijuana and has supported a number of legislative pieces in hopes of passing the measure. The publication notes that one of Gaetz's close affiliates, Jason Pirozzolo, is a Florida doctor and founder of a medical cannabis advocacy group. In the past, he has also been described as a "marijuana investor." According to multiple reports, Pirozzolo is said to have traveled to the Bahamas with Gaetz.

The latest news comes as Gaetz faces an ongoing investigation into his alleged involvement with a 17-year-old girl. So far, multiple women have come forward with details about his alleged drug usage and wild parties. The Florida lawmaker's ally, former Seminole County tax collector Joel Greenberg, is also at the center of a scandal.

Last summer, Greenberg was arrested by federal investigators on charges of stalking and child sex trafficking which opened the door for an investigative probe that subsequently uncovered details about his ties to Gaetz. Greenberg is reportedly cooperating with the investigation.

As of April 24, Gaetz and Pirozzolo have not been accused of any crimes, but the investigation continues.