In Japan, there's even a phrase that describes foods with a slippery texture: neba-neba 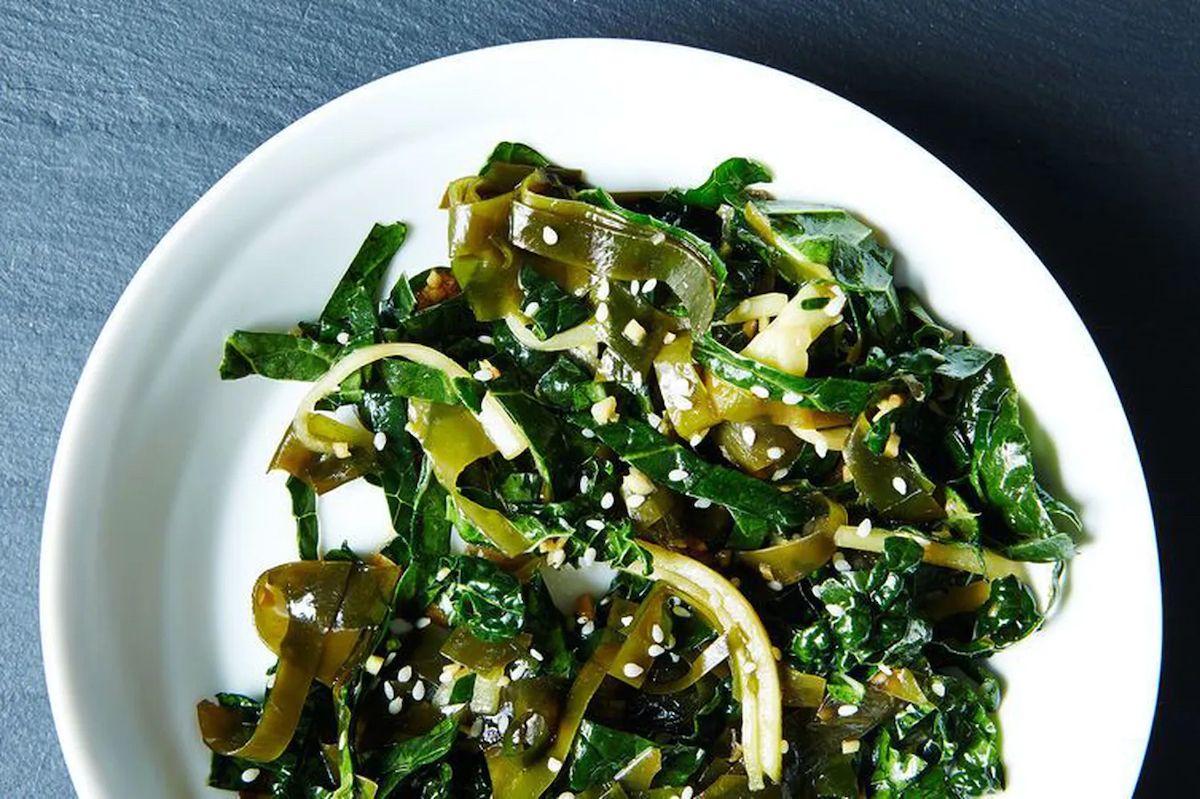 Few foods paint upon the blank canvas of a bowl of rice quite as brilliantly as natto. A much-loved Japanese dish of fermented soybeans, natto complements the rice sitting beneath, its gooey, stringy texture and pungent aroma lending the plain grains a satisfying kick. The moment natto hits my tongue, the luscious mouthfeel leaves me craving another bite.

This simple breakfast — topped with the sharp fragrance of garnishes like mustard, soy sauce, and chopped spring onions — appeared frequently on my family's table when I was growing up. With an enthusiasm instilled in me by my father from the time he spent in Japan, I always devoured natto, delighting in its punchy flavor and never minding its sticky texture. Natto and similarly slick foods such as seaweed and mountain yam (usually known as nagaimo or yamaimo) were permanent fixtures in my diet, their distinctly slippery textures downright slurp-worthy.

Because of what I was accustomed to eating at home, it always surprised me as a child when I heard people use the word "slimy" unfavorably in descriptions of food. It wasn't until the stringiness of a classmate's okra lunch induced a few stunned gasps at the fourth grade cafeteria table that I learned sliminess, for many, is not a texture that induces greedy salivation. In America, it was all about crunchy, crispy, and creamy — foods like potato chips, fried chicken, and clam chowder were exalted as textural ideals; with sliminess often relegated to try-it-once novelty foods, or items past their expiration date.

"I think it is because of an unfamiliarity with slimy foods, and the association of slime on foods with decay and rot," noted Japanese cookbook author and food writer Makiko Itoh in an email. "In other parts of the world that's not the case."

Scrumptiousness certainly looks different across the planet — in many cultures' foodways, gooeyness is not merely tolerated, but savored (in West Africa and the Southern U.S., for example, viscous okra is seen as a great soup thickener). In Japan, there's even a word that describes foods with a slippery texture: neba-neba, translated as "sticky" or "slimy" — an ideophone considered to be onomatopoeia for the noise one's mouth might produce when enjoying such ingredients. Because many neba-neba foods are high in soluble fiber (the main element responsible for their ooziness), they are often regarded as exceptionally healthy. "The viscosity of the mucous glycoproteins contained in the stickiness slows the movement of food, suppresses the rise in blood sugar levels, and lowers blood cholesterol levels," explained cookbook author and food journalist Nancy Singleton Hachisu over email.

Some of the most widely consumed neba-neba foods are nameko mushrooms, mekabu seaweed, tsuru murasaki (Malabar spinach), moroheiya (jute mallow), and of course natto, all of which can be unmistakably slimy and delightfully slurpable.

Though some may be inclined to pigeonhole all neba-neba foods into a class of their own, most people in Japan wouldn't think of them so specifically.

"Historically, they're not in any kind of category like that," said Eric Rath, a professor of premodern Japanese history at the University of Kansas. "There's actually more that separates them than makes them one unique category." He notes that while natto's powerful aroma and crunchiness can serve as a contrast to a mild and fragrant bowl of rice, nameko mushrooms would be more likely to appear in miso soup. As for neba-neba greens, the leafy vegetables are more often served on their own: steamed or blanched, then seasoned with light soy sauce.

"The texture of food is just considered to be part of each food's unique character," added Itoh. And when an ingredient does happen to feature that viscid texture, many Japanese cooks like to let it shine, maximizing the sliminess rather than masking it. "Okra, for instance, is usually cut up small, sprinkled with salt or soy sauce, and mixed vigorously, which brings out lots of sliminess." The creamy result, in turn, becomes the perfect structural vehicle for soaking up aroma and delivering concentrated flavor, Itoh explained. "It suspends flavors in that texture and helps your palate appreciate them." And yet, gooeyness is still only one aspect of that dish. Served raw, the okra also brings to the table a delightful crunchiness and refreshing grassy aroma.

Even when a neba-neba ingredient isn't the main event of a dish, it can still lend silkiness to help create a thicker consistency or creamier mouthfeel. Nameko mushrooms, the caps of which naturally form a glossy glaze, facilitate thickening when added to miso soup, and also impart a delightfully earthy flavor. The luscious texture of mountain yam serves as a binding agent in okonomiyaki, a savory Japanese pancake made from wheat flour and eggs.

Something wonderful also happens when mountain yam is paired with an equally slick carb, observes Mitsunori Kusakabe, chef and owner of the San Francisco restaurant Kusakabe. "Neba-neba foods go well with noodles because you can slurp together," he explained in an email. (In Japanese food culture, it's customary to audibly slurp noodles — to fully experience the retronasal smell and express enjoyment of the meal.) For example, tororo, or grated mountain yam, commonly tops a bowl of soba noodles — often served with a raw egg, too, for maximum slurpability.

While many eaters, myself included, enjoy neba-neba dishes for their flavor, one might also make the argument for practicality: It's easy to slurp something slimy. "People in Japan tend to eat breakfast in a hurry. In order to get the food into the stomach quickly, they put yamaimo on top of the rice and eat it with dashi and soy sauce," said Kusakabe.

Thinking back to the breakfasts of natto and rice I frequently ate as a child — and how tempting the snooze button was (and still is, on early mornings), I suspect that the speed at which I could scarf the mixture may have been chief among the reasons my parents often served it before my school's 7:20 a.m. start time.

Of course, I certainly never thought of it that way at the time. I didn't have to be running late to want to gobble up every last slimy bite.