"You can talk about everything dealing with slavery...the good, the bad, the ugly," the GOP lawmaker stated 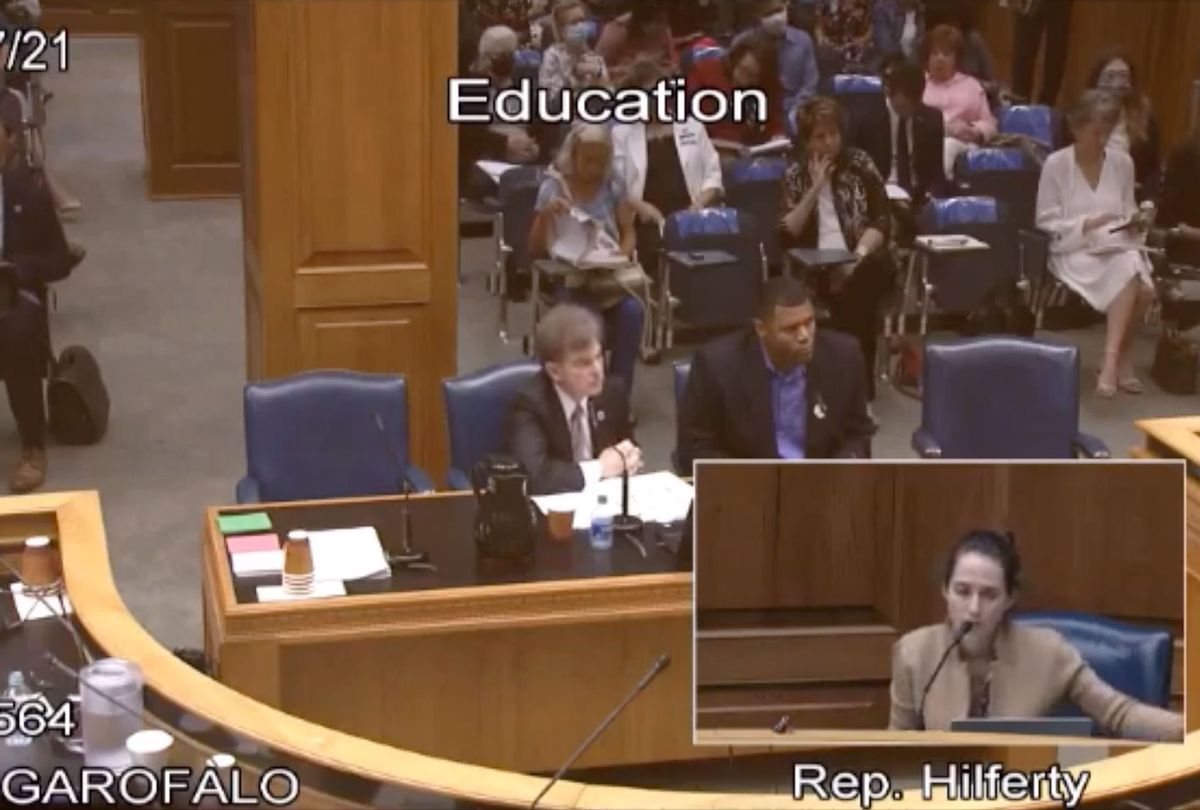 During a local Louisiana House Education Committee hearing, Republican state Rep. Ray Garofalo argued that the state's public schools should teach students about the "good" part of slavery. The statement from Garofalo, which he later said had been a mistake of sorts, comes on the heels of the lawmaker introducing a statewide bill seeking to ban "divisive concepts" when public institutions teach about race.

On Tuesday, the hearing quickly turned tense when Garofalo was hit with a series of questions from fellow Republican Rep. Stephanie Hilferty on the terminology of the bill proposed by Garofalo, who chairs the committee. "Prohibit discussion of divisive concepts as part of a larger course of academic instruction. What does that mean?" Hilferty asked Garofalo.

"It's exactly what it says," Garofalo snapped back. "The words on the page are, if there is a ..." before Hilferty interrupted to ask, "But what is a larger course of academic instruction?"

Garofalo then responded by giving an example while making the case that the "good" side of slavery should be taught in public schools. "If you're teaching, if you're having a discussion on, whatever the case may be, on slavery, and you can talk about everything dealing with slavery. The good, the bad, the ugly, the whole ..." Garofalo declared, to which Hilferty quickly replied, "There's no good to slavery, though."

Some individuals in the hearing room broke out in laughter directed at the suggestion that there was a "good" side to slavery.

"Then whatever the case may be," Garofalo stated following the laughter from the audience, before moving on to a partial retraction, and then seemingly getting entangled in his rhetoric. "You're right, you're right, I didn't mean to imply that. And I don't believe that, and I know that that's the case," he said. "I'm using that 'good, bad and ugly' as a generic way of saying that you can teach any facts, factually based anything regardless."

Later on in the hearing Garofalo again attempted to clean up his previous remark, only to once again deliver an indecipherable word salad. "There's no good side to slavery; I get that. That's, I don't think anybody in this room would argue that fact. I'd be really shocked if they did," he added. "But, if there's a different concept that you're trying to teach the once, as it was conceptually brought in, and you don't think, you don't give a personal opinion; you don't give a politically based ideologically based opinion, you teach what occurred, what is generally accepted by the historians in the area, and what's prescribed by the curriculum that the district has chosen."

One of the provisions outlined in Garofalo's bill would seek to squelch the idea that the United States and Louisiana are "systematically racist or sexist." The bill further calls for a halt to the use of "critical race theory" in schools, which has left many Louisiana lawmakers divided.