These infamous TikTok recipes are also taking over morning TV

Are these shows going for clicks, or do the recipes have the chops to back them up? I decided to investigate 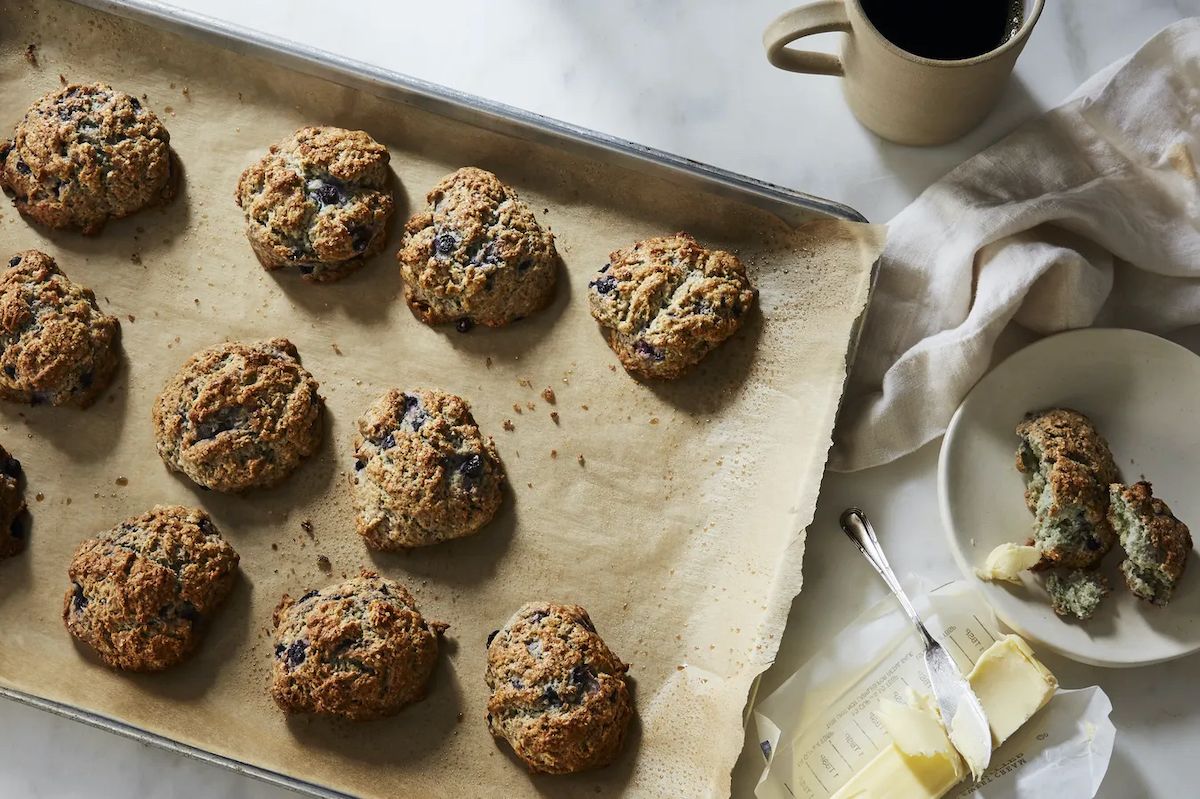 It started with the Dalgona whipped coffee. Then it was the pancake cereal. The folded quesadilla. The feta pasta. Love them or hate them, you definitely know them. They start on the popular video platform TikTok, then all of a sudden they're all over the internet. Viral recipes are nothing new, but the speed at which they're spreading, gaining traction, and being replicated is unprecedented. And these recipes are reaching beyond the internet. There's a growing number of these trends being picked up by morning TV, especially through programs like Good Morning America and The Today Show. Are these shows going for clicks, or do the recipes have the chops to back them up? I decided to investigate.

It comes as no surprise that these cookies picked up quickly with their bright bluish-indigo hue and simple, pared-down ingredient list. Originating with blogger Justine Snacks, the recipe for Blueberry Cookies that are both vegan and naturally, yet vibrantly, colored immediately took off on TikTok, even getting picked up by Good Morning America this week. They came up on my 'For You' page and I'll admit, I was intrigued. They were eye-catching and so easy in a way that, as a recipe developer, led me to be a little skeptical. So I decided to make them myself, in the name of science!

They start as most cookies do, by creaming butter and sugar until light and fluffy. Then, instead of adding eggs or an egg substitute, the 'wet' ingredients in this recipe are just blueberries. Specifically, thawed, jammy blueberries. When I first added them to my stand mixer, the batter looked separated and slightly curdled, particularly alarming due to its bright violet hue. My told you so! senses started tingling. But I hiked up the speed on my stand mixer, and after another minute or two of beating, the batter was uniform again. Even after adding dry ingredients (flour, salt, and baking powder) and white chocolate chips, the batter is pretty slack (Justine recommends popping them in a fridge or freezer for 20 minutes or so before baking). A quick 10 to 13 minute trip in a 400°F oven, and they're slightly golden brown around the edges. Mine definitely emerged more browned and less vibrant than her photos, but still pleasantly colorful.

And how do they taste? Shockingly delicious. I'll be the first to admit, I wanted to hate them. I am skeptical of quick swaps and don't love white chocolate, so I thought they would be cloying. Instead, they emerged cakey and soft in the center with toasted notes from the edges and browned bottom, reminiscent in taste to a blueberry muffin. My white chocolate chips took on a good amount of color in the oven, which rendered them toasty and delicious. If you like cakey cookies and true berry flavor, these are the cookies for you.

Another idea (with a vegan adaptation written in!) from baker and cookbook author Jerrelle Guy. These have a few more ingredients, but they make for a more complex treat that with textural contrast. Plus, these drop biscuits, in name and with their whole wheat flour, are slightly more traditional to eat for breakfast (not like I didn't eat the cookies with my morning coffee).

From Gigi Hadid to the Barefoot Contessa, pasta alla vodka is everywhere. It's the comfort food we all needed this past year. It seems as though rigatoni has overthrown penne as the official vodka sauce companion. Last week food blogger and recipe developer Dan "Grossy" Pelosi shared his internet-famous Vodka "Sawce" with GMA as part of their "Ultimate Pasta Week." Pelosi's is a pretty faithful rendition, albeit one that does not shy away from the dairy (a full pint of heavy cream to be exact). If you're looking for a lighter-on-the-lactose version, or just to further your pasta journey, here are a few of my favorite recipes.

Editor Rebecca Firkser's take on vodka sauce stands out because she chooses to "amp up the creaminess with a mixture of grated Parm and pasta water, both of which are more salty and nuanced than cream." It's a brilliant move that adds that silky, unctuous quality you'd expect from a restaurant, but is actually so easy to recreate at home.

This smokier, more intense adaptation of vodka sauce takes a shortcut to smoky flavor with the addition of 'nduja, a spicy, spreadable Calabrian salami. The whole dish comes together in less than half an hour, but delivers the flavor of a sauce that's been stewing all day.

Eat your pasta and get a serving of greens, too! I love this verdant kale pesto recipe because it makes a double batch: one for now, one to freezer for later. It's family friendly and when covered in a generous dusting of parm, even your pickiest eaters will be happy to be eating kale.

Do I even need to recap what this pasta is? It is everywhere. The basic formula: cherry tomatoes and a block of feta get baked in a dish with olive oil and spices. Once everything's gotten all friendly and soft in the oven, you combine the contents of the dish until they form a creamy, cheesy sauce. Throw in cooked pasta, mix it up, and eat. Super simple, endlessly adaptable, and according to the internet, extremely tasty. On GMA last week, New York Times Melissa Clark took it even further and eliminated the second pot needed for boiling pasta. In her recipe, Melissa follows the original recipe up until the feta sauce is cooked and mixed. Instead of adding cooked pasta, she sprinkles the pasta straight into the dish and tops with water, covers the whole dish in foil, and sends it back into the oven. It's a brilliant twist on the ubiquitous one-pot pasta — here are a few more ideas for one-pot meals if you're all feta-ed out.

Farro Risotto with Greens and Feta

This adapted Ottolenghi one-pot 'risotto' hits a lot of the same flavor notes as the feta pasta: creamy feta and rich tomatoes. But a swap of pearled farro for pasta and addition of hearty greens makes this dish more substantial and complex. It's the perfect dish to level up from feta pasta without straying too far from the original.

Martha Stewart's One-Pan Pasta walked so Feta Pasta could run. The original internet-famous pasta, this recipe went viral for good reason. The sauce comes together as the pasta cooks, so by the time you've got al dente noodles, you've also got a delicious, simple tomato sauce, all in the same pot (no straining required!)