"These stories are false, but the right-wing echo chamber starts going crazy because you can go after a Democrat" 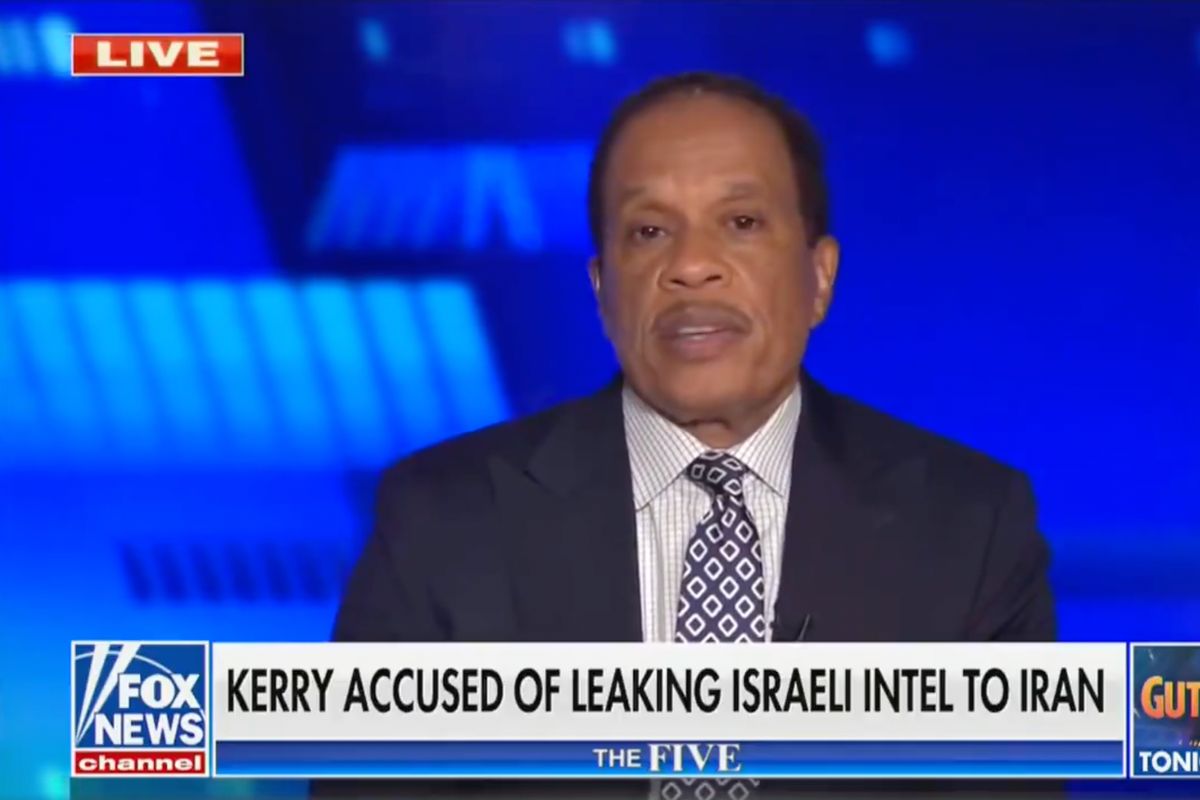 A Fox News host is displeased with his network's publishing of false reports over the last several days.

According to The Huff Post, Juan Williams admitted that he is skeptical of the allegations being leveled against former Secretary of State John Kerry due to the number of inaccurate reports his network has released.

During the Fox News broadcast of "The Five" on Tuesday, April 27, Williams weighed in on the details surrounding Kerry's alleged discussion Iran's foreign minister regarding Israeli intelligence. However, Williams made it clear he was not sure if he could believe allegations due to the onslaught of falsehoods reported by his network over the last several days.

He also expressed concern about right-wing news outlets that echo scathing stories simply because the report attacks a member of the opposing party.

"It just worries me, like last week we had the hamburger story, 'Oh, Biden is going to take your hamburger.' Kamala Harris' book is being given to immigrants," said Williams. "These stories are false, but the right-wing echo chamber starts going crazy because you can go after a Democrat."

As reports about the allegations began circulating on right-wing news outlets, Kerry who now serves as the first United States Special Presidential Envoy for Climate, tweeted to set the record straight.