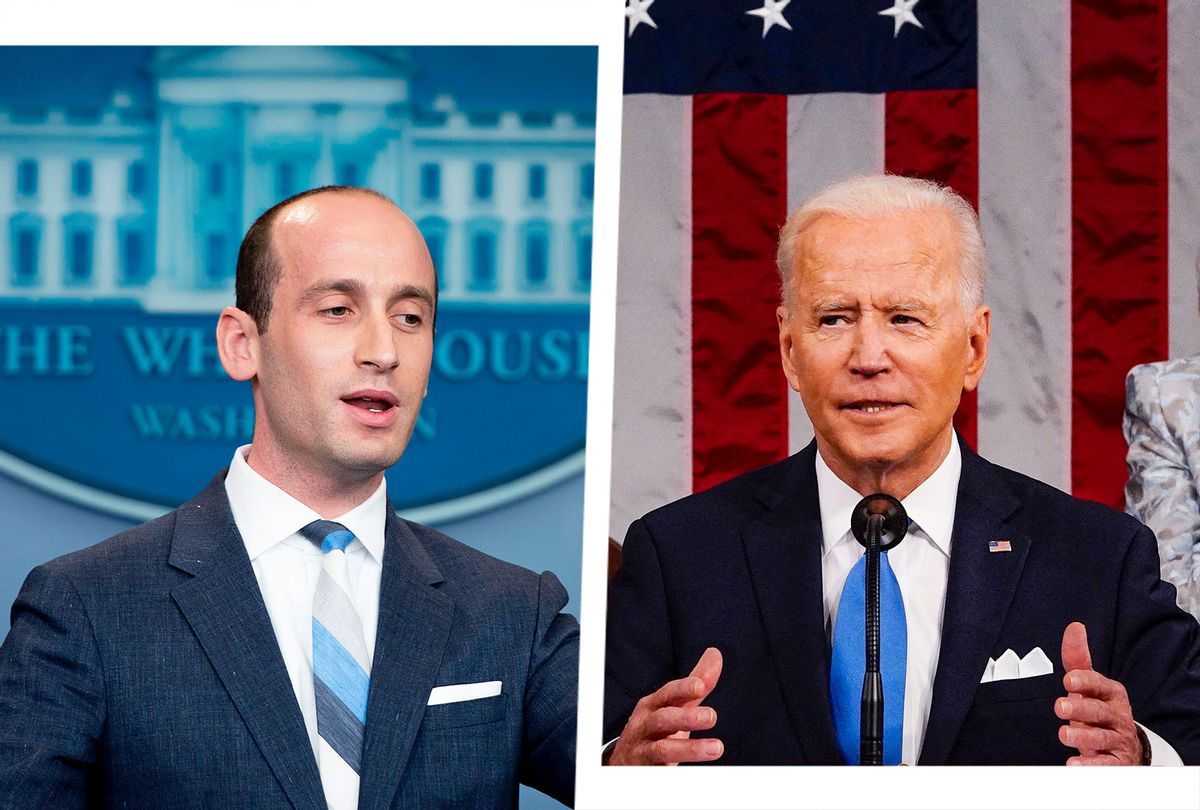 A conservative legal group founded by former Trump officials Stephen Miller and Mark Meadows has filed a lawsuit against the Biden administration for its support of the American Rescue Plan, which the suit alleges discriminates against farmers of "white ethnic groups" by reserving funds for "socially disadvantaged farmers and ranchers."

The legal group, America First Legal, which vows to take on "the radical activist left," is representing Texas Agriculture Commissioner Sid Miller. The suit, which the plaintiffs brought to the U.S. District Court in the Northern District of Texas, argues that "white farmers and ranchers are not included within the definition of 'socially disadvantaged farmers and ranchers,' making them ineligible for aid under these federal programs."

"These racial exclusions are patently unconstitutional," it continues. The group argues that, if the court does not recognize this, "then it should at the very least declare that the phrase 'socially disadvantaged group' must be construed, as a matter of statutory interpretation, to include ethnic groups of all types that have been subjected to racial and ethnic prejudice, including (but not limited to) Irish, Italians, Germans, Jews, and eastern Europeans."

To further his case, Miller in a press statement invoked the words of civil rights leader Martin Luther King Jr. "Americans," Miller quoted, "'should not be judged by the color of their skin, but by the content of their character.'"

"MLK's vision is fundamental to our democracy, in which all citizens are equal both in front of the law and in the eyes of their Creator," Miller claimed. "For this reason, AFL is filing a lawsuit today against the Biden Administration to prevent it from administering programs created under the American Rescue Plan Act that discriminate against American farmers and ranchers based upon the basis of race."

"During this review," it added, "we will continue to implement the debt relief to qualified socially disadvantaged borrowers under the American Rescue Plan Act."

In March, experts told the Washington Post that Biden's American Rescue Plan will prove the most significant legislation for Black farmers since the Civil Rights Act. The plan, which dedicates $5 billion to enfranchising farmer of color – a group which has "lost 90 percent of their land over the past century because of systemic discrimination and a cycle of debt" – would mark a defining win for Black farmers in particular, who many argue have been severely underserved by the UDSA for decades.

According to the USDA, of the 3.4 million farmers in the nation, only 45,000 are Black. White farmers, meanwhile, own 98% of all farmland.

Some, however, allege that the $5 billion relief package won't be nearly enough to compensate for the generational losses.

"The best estimates I have seen of the economic loss to Black farmers due to USDA policies and overall processes of land appropriation by Whites has been between $250 and $350 billion," said William Darity, a professor of public policy at Duke University who has extensive work on reparations. "This is approximately 10 percent of total Black wealth in the U.S., about $2.5 trillion. The notion that this approaches a program of reparations is nonsense. Reparations for Black American descendants of slavery must be designed to eliminate the gulf in Black and White wealth."