"Shrek" at 20: celebrating the film’s unique brand of animated anarchy and sardonic irreverence 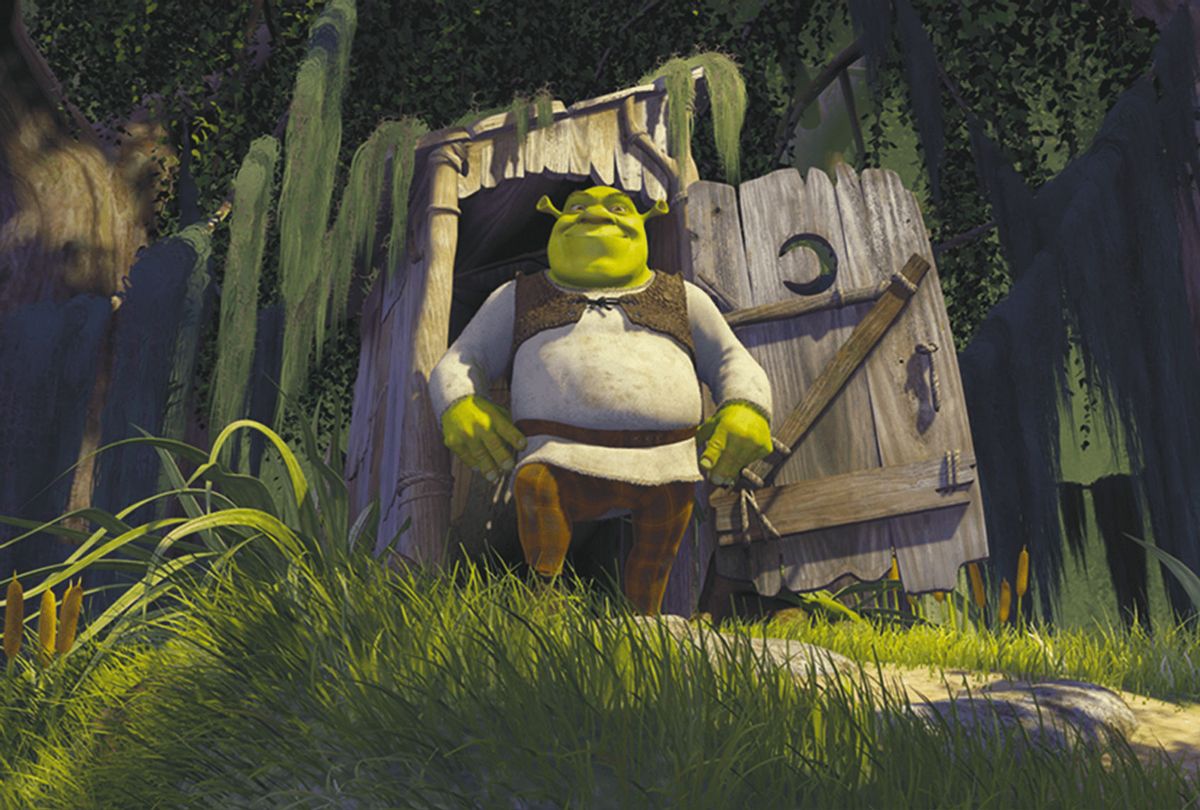 While Pixar's groundbreaking "Toy Story" often achieves plaudits for the shot in the arm it gave Hollywood animation in the mid-1990s, it's impossible to ignore the influence of DreamWorks' 2001 computer-animated hit "Shrek." The grubbier and more sarcastic sibling to Woody and Buzz, "Shrek" was a milestone for American cartoons that paved the way for a unique brand of animated anarchy and sardonic irreverence that still holds sway across the industry today.

Back in 2001, animation's digital revolution was slowly but surely gaining momentum. In the U.S. alone, the first "Toy Story" in 1995 was followed by Pixar's insect-themed epic "A Bug's Life" three years later, and then a second outing for Woody and the gang in "Toy Story 2" in 1999. There was also a handful of other features, from "Final Fantasy: The Spirits Within" (2001) to "Jimmy Neutron: Boy Genius" (2001), which further tested the possibilities of computer-generated (CG) characters to varying degrees of success. And then came "Shrek."

DreamWorks had already dipped its toes into the digital waters with its CG debut "Antz" in 1998. A film about an underground ant colony, it seemed to gazump rival feature "A Bug's Life," which would appear in cinemas only a month later.

The competition between the two films was further stoked by the fact that DreamWorks co-founder Jeffrey Katzenberg had been fired from Walt Disney in 1994 by then-president and CEO Michael Eisner. Katzenberg, it seemed, had beaten Disney to the punch.

"Antz" grossed a healthy US$171.8 million internationally (though roughly half of "A Bug's Life"'s US$363.3 million). It was next followed by the studio's brief forays into traditional animated production with "The Prince of Egypt" and "The Road to El Dorado."

However, it was the commercial and critical success of "Shrek" that really announced Katzenberg's DreamWorks as a major force in a blossoming U.S. animation industry. The film earned a whopping US$488 million internationally, cementing DreamWorks as a serious competitor for animation audiences and posing the first recognised threat to Pixar's CG supremacy.

Adapted from William Steig's 1990 picture book of the same name, the animated "Shrek" set the template for a particular kind of adult-oriented cartoon. Magic kingdoms were firmly out, and mud baths and swamps were very much in.

The film's ironic distance, scornful approach to its fairy tale subject matter, smattering of literary and film references, as well as its broader pop culture literacy, have all since impacted the tone of several blockbuster animated features.

The "tech" of "Shrek" also marked a step-up for computer graphics. This included the sophisticated digital rendering of fire and water, and the illusion of convincing human characters.

Behind-the-scenes, "Shrek" was no less revolutionary in the handling of its A-list celebrity voice cast. Animation studios have a longstanding history of casting bankable stars to voice their cartoon creations. However, actors Mike Myers, Cameron Diaz, Eddie Murphy and John Lithgow were positioned front and center as part of the film's advertising campaign in ways not seen before in the marketing of mainstream animated features.

"Shrek"'s appeal since its original release in April 2001 has steadily increased. This has been thanks to a profitable franchise, including a cycle of big-screen sequels (three between 2004 and 2010) and spin-offs like 2011's "Puss in Boots," and Christmas and Halloween TV specials. There have also been video game adaptations, a stage musical on Broadway and a theme park ride. All have preserved and expanded the "Shrek" mythology.

As the original film hits its 20th anniversary, accompanied by the hashtag #Shrek20thAnniversary, numerous animators and artists have been vocal across social media in their praise for the film. Previously unseen artwork have been shared alongside storyboards, early CGI test material and even audio footage of comedian Chris Farley's original performance as "Shrek" (Farley died in December 1997 having recorded a substantial portion of the role, only to be replaced by Myers).

The Hollywood trade press has also got in on the act of championing "Shrek"'s legacy. Variety recently heralded "Shrek"'s soundtrack as a "millennial cultural touchstone," explaining how its turn towards contemporary music instead of original songs marked a first for popular animated features (the soundtrack featured on the Billboard 200 and also achieved a Grammy nomination).

"Shrek"'s signature hit – Smash Mouth's "All Star" which served to introduce the bad-tempered ogre in the film's opening sequence – was certainly a departure from Disney's "A Whole New World" and "Circle of Life." Yet its bombastic tone once again fitted the film's playful anti-Disney sensibility. "Shrek"'s frequent aims at the Mouse House's recognisable narrative formula and saccharine sentimentality were deemed a pointed dig at Katzenberg's former employers too.

The future of "Shrek" on the big screen remains unresolved. A fifth film has been in the works for years, cancelled, revived, and then cancelled again. The current word is that Shrek, Donkey and Fiona might yet appear in another instalment.

For fans of the iconic "Shrek," it's definitely not ogre yet.