"Senator, I've got to stop you there" 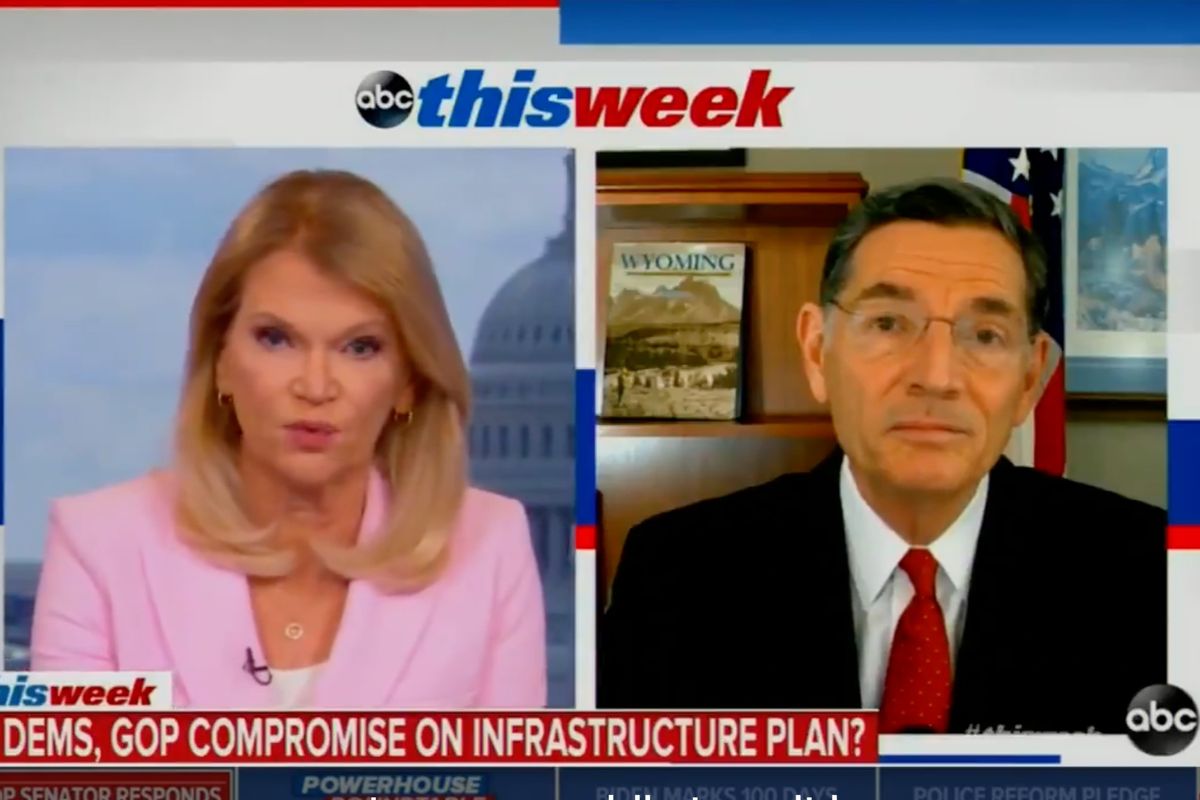 ABC "This Week" host Martha Raddatz pulled Sen. John Barrasso (R-WY) up short on Sunday morning when he lied about President Joe Biden's infrastructure plan and where the money is going.

During a discussion about the massive bill that will help put Americans back to work as the coronavirus pandemic winds down, the Wyoming senator ranted, "Only six percent of the money goes to bridges and things," with the balance of the $2 trillion spending plan aimed at projects like "electric cars."

That led Raddatz to cut in with, "Senator, I've got to stop you there."

"The six percent for roads and bridges figures you and other GOP leaders have cited has been fact-checked multiple times. The total amount for what you have called traditional infrastructure, roads, bridges, rails, waterways, public transit is more than 25 percent of the Biden plan. Do you want more?" she informed her Republican guest who did not object to her correction.