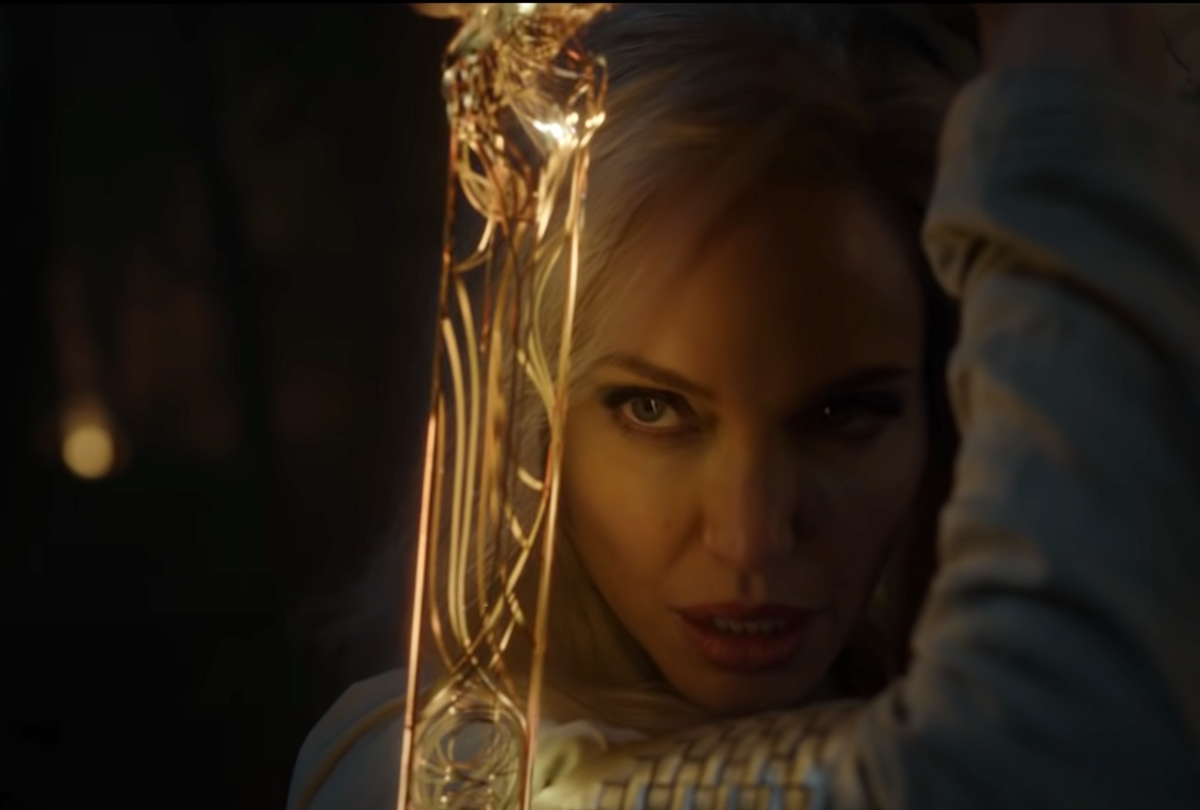 Marvel has dropped a new sizzle reel showing off all the new movies it has on the way in 2021, including "Black Widow," "Shang-Chi and the Legend of the Ten Rings," and perhaps most intriguingly, "Eternals." This big-budget tentpole spectacular has a far-out sci-fi concept, an impressive cast, and is directed by Chloé Zhao, who just became the first non-white woman to win an Oscar for best director for her work on "Nomadland."

Watch the full video below; the new "Eternals" footage starts at 2:20.

"Eternals" is about a race of alien beings — the Eternals, naturally — who have watched over the planet Earth for millennia, protecting it from their sinister counterparts the Deviants. Already in those brief shots I get the feeling the movie will be a bit more melancholy than the usual Marvel fare, and I like muted, dreamy cinematography.

One of the big selling points of "Eternals" is the cast. It stars Angelina Jolie (Thena), Richard Madden (Ikaris), Kumail Nanjiani (Kingo), Salma Hayek (Ajak), Kit Harington (Dane Whitman, aka the Black Knight) and more. Who would have thought "Game of Thrones" fans would get a Robb Stark-Jon Snow reunion in a Marvel movie?

"Eternals" was originally going to come out in 2020, but was pushed back after theaters closed. The new release date is November 5, 2021. Hopefully this teaser means that Marvel will be kicking up the marketing on the movie.

We also got firm release dates on several Marvel movies beyond this. Behold:

Marvel may have taken 2020 off, but they are back with a vengeance.