Just yesterday, Pfizer said it expects to make up to $26 billion on COVID-19 vaccine sales in 2021 alone 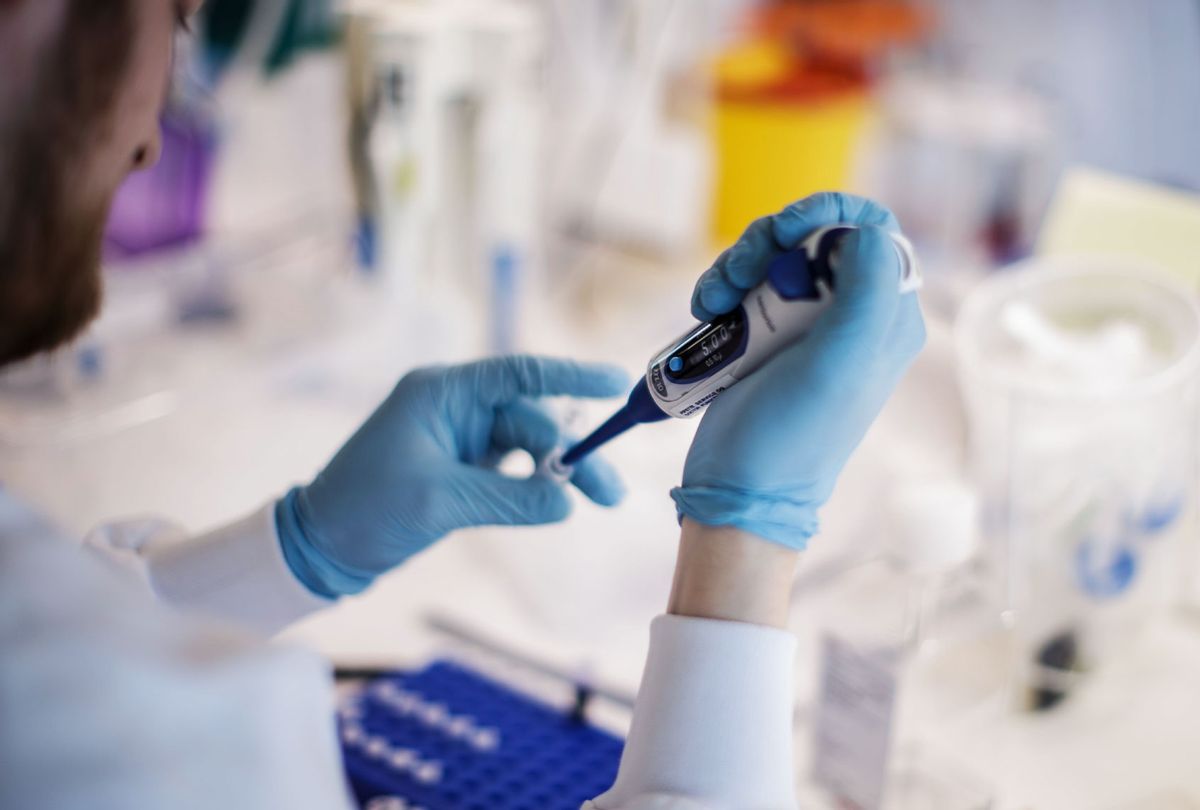 A researcher works on a vaccine against the new coronavirus COVID-19 at the Copenhagen's University research lab in Copenhagen, Denmark, on March 23, 2020. (THIBAULT SAVARY/AFP via Getty Images)
--

The Biden Administration on Wednesday took an unprecedented step toward sharing COVID-19 vaccines protected by U.S. patent protections with the world — throwing its weight behind a World Trade Organization proposal to waive those protections despite vociferous pushback from the pharmaceutical industry.

It was a sharp 180-degree turn for the U.S., which worked last year to block a similar proposal during WTO negotiations. That effort was also aided by recently divorced Microsoft founder-turned-prominent global-health philanthropist Bill Gates, who has spent much of the pandemic fighting tooth and nail to preserve the intellectual property laws limiting vaccine production and distribution largely to wealthy western nations.

"This is a global health crisis, and the extraordinary circumstances of the COVID-19 pandemic call for extraordinary measures," U.S. Trade Representative Katherine Tai wrote in a statement announcing the news Wednesday. "The Administration believes strongly in intellectual property protections, but in service of ending this pandemic, supports the waiver of those protections for COVID-19 vaccines."

Officials were quick to note that backing from the U.S. doesn't necessarily mean the measure will be implemented — members of the WTO must decide unanimously to waive pharmaceutical patent protections, and though the U.S. is the highest-profile holdout on the issue, other nations have also expressed hesitance to support the initiative.

The news nonetheless came as a welcome surprise in developing nations, dozens of which have pushed for the measure since the pandemic began early last year. Many on America's political left have painted the fight for patent waivers as moral imperative, and one that is necessary to stop the spread of COVID-19 worldwide before vaccine-resistant strains can emerge.

U.S. Surgeon General Vivek Murthy said on CNN Wednesday the decision "put people over patents," and cast the fight to end the pandemic as an effort that will require collaboration rather than competition.

Critics, however, have cast the immense profits currently being reaped by companies like Pfizer and Moderna, two of the companies whose COVID-19 vaccines are being administered to millions of Americans, as the primary driver of medical research and experimentation.

Among these critics are pharmaceutical companies themselves, who greeted the news Wednesday with outrage.

"Today's decision by @USTradeRep is an empty promise that will undermine our response to the pandemic and do nothing to address the real challenges of getting more shots in arms," Stephen Ubl, the president of Pharmaceutical Research and Manufacturers of America, said in a statement.

He also added that the decision contradicted Biden's campaign promises to continue "building up American infrastructure and creating jobs by handing over American innovations to countries looking to undermine our leadership in biomedical discovery."

Just a day before the announcement, Pfizer said that it expects to make up to $26 billion in sales of its COVID-19 vaccine this year — the company's top-selling product over the first quarter of 2021.

Dr. Amesh Adalja, senior scholar at the Johns Hopkins Center for Health Security, told Reuters that any cut to the company's bottom line via a patent waiver "amounts to the expropriation of the property of the pharmaceutical companies whose innovation and financial investments made the development of COVID-19 vaccines possible in the first place."

The WTO will resume debate over the matter Tuesday.