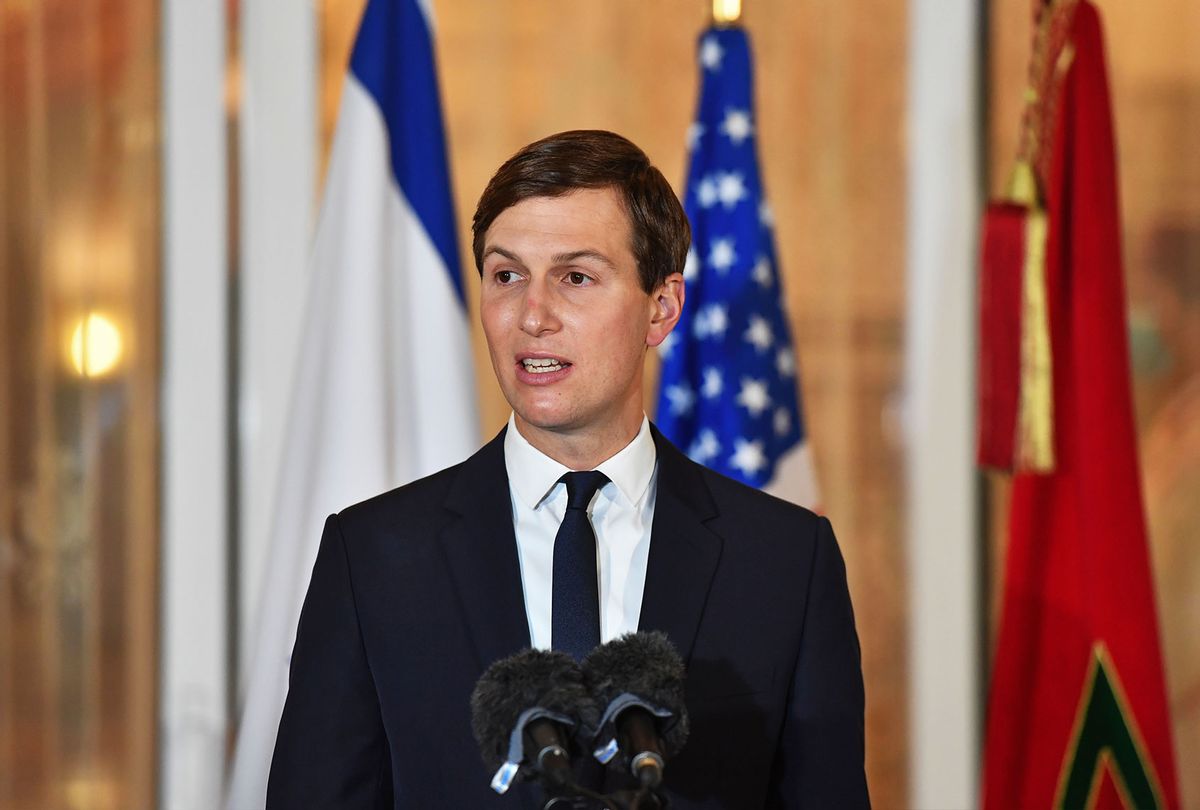 Kushner held a 50% stake in JK2, which is now called Westminster, as did his brother Joshua, according to the Baltimore Sun, which first reported the decision. Kushner, former President Donald Trump's son-in-law, stepped down as CEO of Kushner Companies when he joined the administration in 2017 but kept his stake in the apartment company.

Frosh filed the lawsuit against the companies and two dozen others in 2019, accusing them of having "victimized consumers, many of whom are financially vulnerable" and alleging "hundreds of thousands" of violations in Westminster's Baltimore apartment units. Frosh, a Democrat, accused the company of charging illegal fees and failing to address unhealthy conditions and rodent infestations.

Westminster alleged that Frosh's lawsuit was politically motivated, but Daneker rejected that assertion.

"The evidence does not establish differential treatment or selective enforcement based on any politically motivated basis, as opposed to motivation to protect Maryland consumers," she wrote in her decision.

Daneker found that Westminster misled tenants about apartment conditions by showing them model units but not allowing them to see their actual apartments they were renting until move-in day.

One man testified that he was shown a recently remodeled apartment but the apartment he actually rented in 2014 was dirty and smelly and his kitchen ceiling caved in the same day he moved in, according to the Sun. The company never repaired it, the man said.

A woman testified that in 2013 she was shown a newly renovated apartment, while the one she actually rented was infested with mice.

"This occurred a total of 2,642 times over the course of more than two years," Daneker wrote. "These circumstances do not support a finding that this was the result of isolated or inadvertent mistakes."

But Daneker said she disagreed with Frosh's claims that the companies had illegally misrepresented their ability to provide maintenance services and that the violations were committed during the entire time period cited in the lawsuit.

Both sides have 30 days to respond to Daneker's decision before the state's Consumer Protection Division issues a final order, which could include penalties or restitution. Frosh has estimated that Kushner's companies may be on the hook for millions in damages.

Kushner Companies, which recently announced it would sell half its apartments in the Baltimore area, including some mentioned in the lawsuit, framed Daneker's decision as a win.

"Kushner respects the thoughtful depth of the Judge's decision, which vindicates Westminster with respect to many of the Attorney General's overreaching allegations," Christopher Smith, an attorney for the company, told the Baltimore Sun.

Frosh has not commented on the decision. He said in 2019 that the companies put "consumers' health and well being" at risk and that tenants "have had to endure living in the units that are infested with rodents and vermin, plagued with water leaks that have caused mold and other issues, and, at times, lacking basic utilities."

Baltimore County, where most of the apartments are located, previously found in 2017 that the company had violated housing codes more than 200 times in just a 10-month span.

ProPublica published an in-depth investigation in 2017 finding that the company aggressively pursued tenants who failed to pay rent on time.

Dionne Mont, who faced numerous dubious fees after moving into a rodent-infested apartment badly in need of repairs, told ProPublica that she was "elated" by last week's decision.

"People were living in inhumane conditions," she said. "Deplorable conditions."