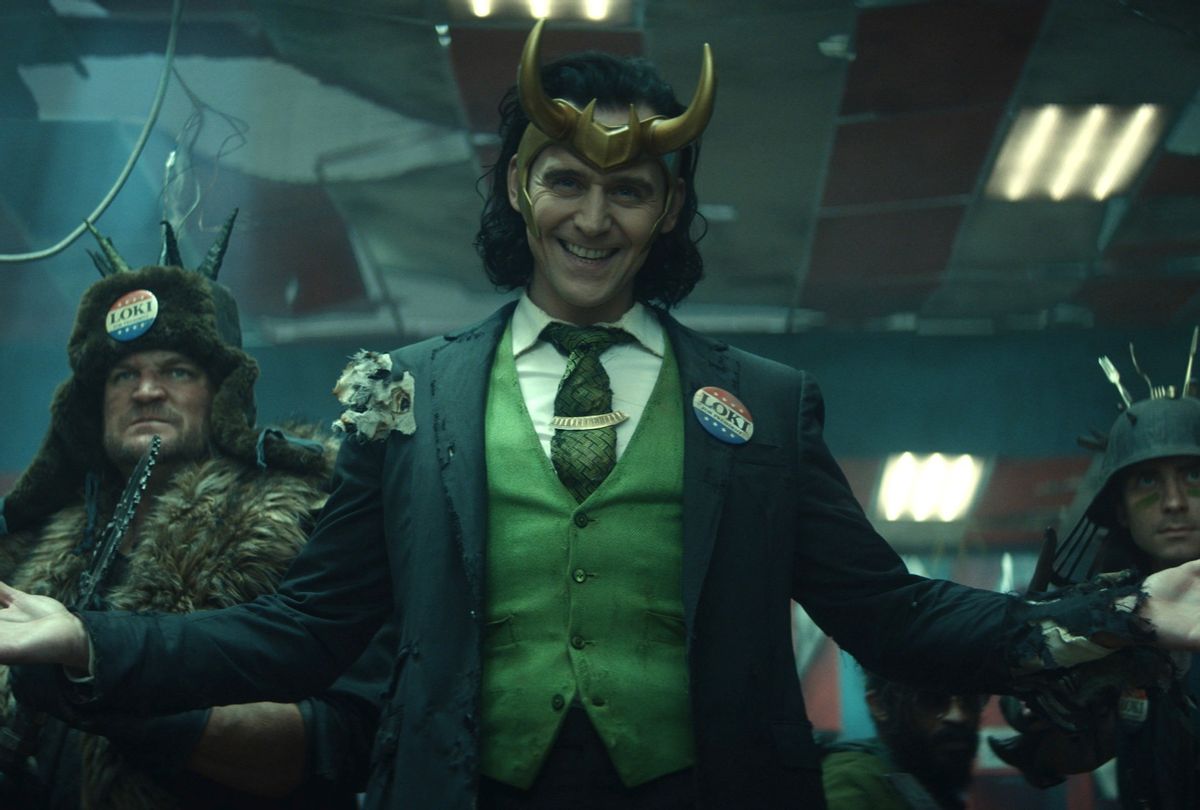 Tom Hiddleston has a lot to say about his role on the upcoming Disney+ series "Loki." From the font in the opening credits to the story itself, everything has meaning. Speaking to Empire, Hiddleston opens up about how Loki will explore the beloved character's "complex" identity.

"Something to think about is the [show's] logo," he says, "which seems to refresh and restore. The font of how Loki is spelled out seems to keep changing shape. Loki is the quintessential shapeshifter. His mercurial nature is that you don't know whether, across the MCU, he's a hero or a villain or an anti-hero."

Hiddleston enjoys how Loki keeps people guessing, which will continue as a theme throughout the story. "I think that shapeshifting logo might give you an idea that 'Loki,' the show, is about identity, and about integrating the disparate fragments of the many selves that he can be, and perhaps the many selves that we are."

In other words, what you see isn't always what you get, and that will make "Loki" so much fun.

"Loki" sets up the possibility of multiple seasons

In an interview with IndieWire, Marvel Studios VP of Production & Development Nate Moore talked about the possibility of "The Falcon and the Winter Soldier" and "Loki" having more than one season. Unlike "WandaVision," which will likely only run for a single season, "Loki" could enjoy multiple seasons thanks to the alternate timeline established after the theft of the Tesseract.

The one [show] comes to mind — and that probably isn't a secret — I think there's a lot of storytelling in 'Loki' that's really irreverent and clever and cool, but also lends itself to multiple seasons in a way where it's not a one-off. Tom Hiddleston, I think, is doing some of his best work on that show. It really is kind of amazing. I think of all the great stuff he's done, but this show is going to show such different sides and really the true scope of his range. I think that show is going to surprise a lot of people.

As Hiddleston notes, Loki's "many selves" allow him to appear in different settings and assume new identities. Since he is technically dead in the current timeline after Thanos killed him in "Avengers: Infinity War," he can maneuver through the splintered timeline as he pleases over the course of several seasons.

Hiddleston seems to be enjoying his return to the character that catapulted him to the top of fan favorite lists across the Marvel Cinematic Universe, so there's hope that his enthusiasm translates to several seasons of adventure and mayhem.