Senate GOP leader taking heat over impromptu history lesson at the University of Louisville, which he attended 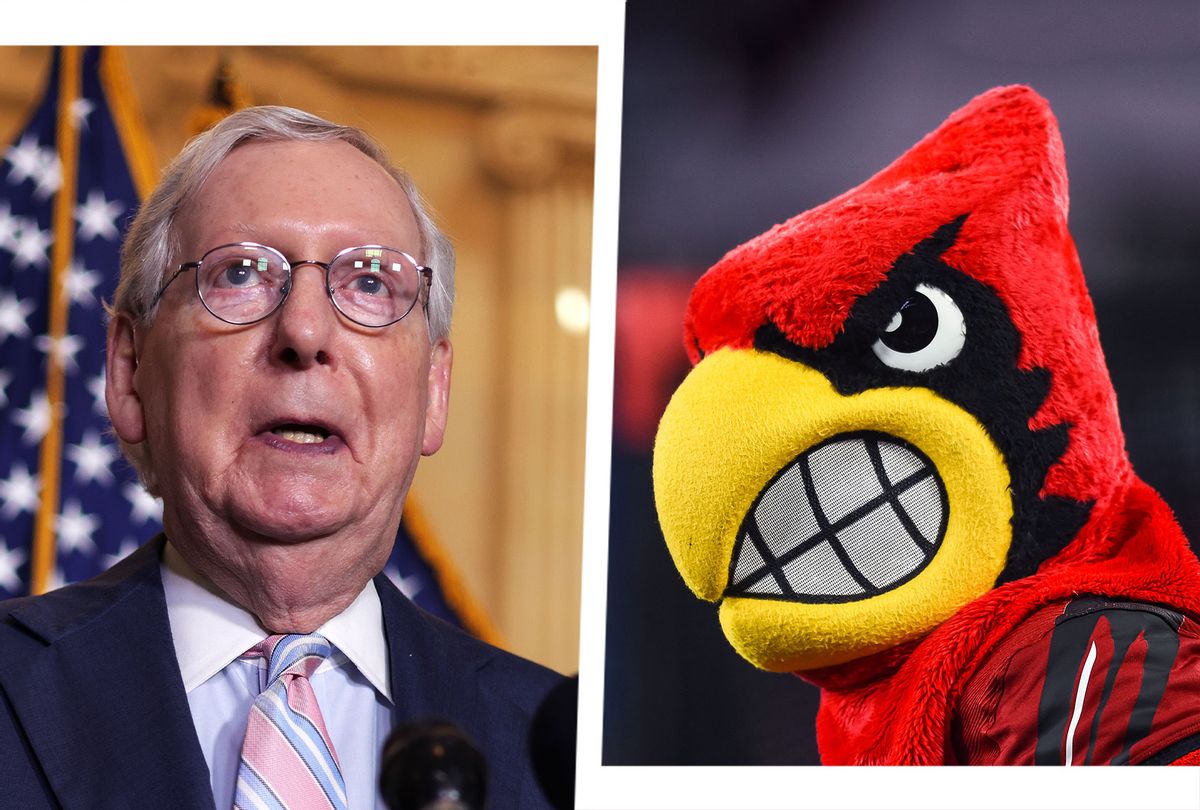 Senate Minority Leader Mitch McConnell received a sharp rebuke from his alma mater on Thursday when a University of Louisville administrator clapped back at his recent comments about the legacy of slavery and its effects on American history.

McConnell's remarks came Monday during a speaking event at the university, where he was asked to opine on the New York Times' "1619 Project," according to WDRB. The project, which seeks to "reframe the country's history by placing the consequences of slavery and the contributions of black Americans at the very center of our national narrative," puts particular emphasis on the year 1619 — which was the first year that African slaves were brought to America.

During a question-and-answer session, McConnell criticized the project. "I think this is about American history and the most important dates in American history," he said. "And my view — and I think most Americans think — dates like 1776, the Declaration of Independence; 1787, the Constitution; 1861-1865, the Civil War, are sort of the basic tenets of American history."

The senator added: "There are a lot of exotic notions about what are the most important points in American history. I simply disagree with the notion that The New York Times laid out, that the year 1619 was one of those years."

McConnell's remarks drew widespread scorn, including from the project's founder, Nikole Hannah-Jones, who said on CNN, "This is not about the facts of history — it's about trying to prohibit the teaching of ideas they don't like."

On Thursday, McConnell even encountered some pushback from his own alma mater when V. Faye Jones, the interim senior associate vice president of diversity and equity at the University of Louisville, wrote in a campus-wide email: "To imply that slavery is not an important part of United States history not only fails to provide a true representation of the facts, but also denies the heritage, culture, resilience and survival of Black people in America."

She continued: "It also fails to give context to the history of systemic racial discrimination, the United States' 'original sin' as Sen. McConnell called it, which still plagues us today. ... What we know to be true is that slavery and the date the first enslaved Africans arrived and were sold on U.S. soil are more than an 'exotic notion.' If the Civil War is a significant part of history, should not the basis for it also be viewed as significant?"

Jones said that Louisville provost Lori Stewart Gonzalez, who was on stage during McConnell's appearance, shared her perspective.

It was a striking rebuke, given the senator's longstanding support for his alma mater. Last year, McConnell spearheaded the provision of a $4 million grant to the university from the Labor Department. In 1991, the senator himself made a multimillion-dollar donation to establish the university's McConnell Center, which sets out to "recruit and nurture Kentucky's next generation of great leaders."

McConnell's comments are just the latest in a pattern of revisionist history — in late March, the senator said that the Senate filibuster "has no racial history at all," claiming that "there's no dispute among historians about that." As Salon reported at the time, historians largely agree that the filibuster was systematically used by segregationists — mostly Southern Democrats in that era — to obstruct civil rights for Black Americans.